Omari Wiles is legendary. Literally. After years of competing in the voguing category of the New York City ball scene, he was awarded the title of “The Legendary Omari Mizrahi,” of the House of Mizrahi. “It meant a lot to me as far as my journey—this acknowledgement that I am a leader within the community. And I have a responsibility to showcase them and to appreciate them in every way and every form,” he says of the honor. Now the founder and director of his own dance company, Les Ballets Afrik, he carries that responsibility with him. His piece, New York Is Burning—which will be presented at the Guggenheim as part of their Works and Processes series in excerpted form on January 13 and 14 and in full on March 29 and 30—is a testament to this.

With his company, Wiles has been developing his own dance style, AfrikFusion, which combines the aesthetic elements of voguing with the traditions of West African dance. Born in Senegal, where his early introduction to dance came from his mother who taught classes, and then joining the New York City ballroom community in 2004, he feels a responsibility to honor both communities equally with his movement. New York Is Burning will have old-school house music paired with African drumming as part of his homage to these two influences. On the merging of the two styles, Wiles explains, “I feel like there was definitely a need for me to show the representation of black culture and of African culture through this representation of ballroom. [In ballroom], they would always say ‘the category is royalty,’ and I feel like even that line alone just speaks so much volume to Mother Africa, the continent of Africa, and how we perceive ourselves as black people, as black and latino members of the LGBTQ communities. Sometimes it’s a struggle to find that regalness within ourselves because we’re being told that we’re not.”

Ball culture dates back to the 1920s, emerging first in New York City; the dance style of voguing, which takes its inspiration from the poses seen on covers of fashion magazines, emerged around the late 1980s. Before Madonna’s song Vogue hit the airwaves, the ballroom scene first reached wide audiences when it was eternalized in the documentary film “Paris is Burning” (filmed in the mid- to late-1980s and released in 1990), from which Wiles’ piece takes its name. Balls have long been safe spaces for LGBTQ communities, particularly LGBTQ communities of color, to express themselves in a world that has not always been so accepting. Wiles was introduced to the ball scene in 2004 after returning from a trip to Senegal. He had just missed a big ball in Brooklyn that, for the first time, took place outdoors in a park. His friend had him watch a DVD of the event and he was instantly blown away. “I was inspired by the culture just being out in the open,” he says, pointing out that he was used to thinking of black and gay culture as being underground, hidden from the world. He had to be part of the scene from that point on, and it has shaped who he’s become. “Ballroom gave me tough skin, ready to face what was going to happen in the dance industry. When you get shaded by a ballroom queen, getting a ‘no’ from a casting call is nothing.”

Talking with Wiles, it becomes apparent just how fiercely he wants to respect and honor these communities that helped him form who he is as a dancer and creator. When asked about the growing popularity of voguing in mainstream media through shows like Pose and Rupaul’s Drag Race, he reminds me that the vogue community is not a trend. “We are a living, breathing, continuous community that is thriving with or without acknowledgment by the industry.” With his company and with New York Is Burning, he explains, “I’m trying to bring awareness to the community and to the art world about vogue culture. I want it to still feel true to ballroom, I don’t want it to ever be taken out of context and just displayed as commercial—it’s a show but it’s a living organism at the same time.”

Wiles has plans to take AfrikFusion to balls around the world, and has even started teaching classes in the form at Broadway Dance Center. His blending of genres will no doubt continue to be a positive representation of his background and communities. With New York Is Burning he has one main goal: “I want to educate the audience. I want them to leave the theater wanting to go to a ball.” 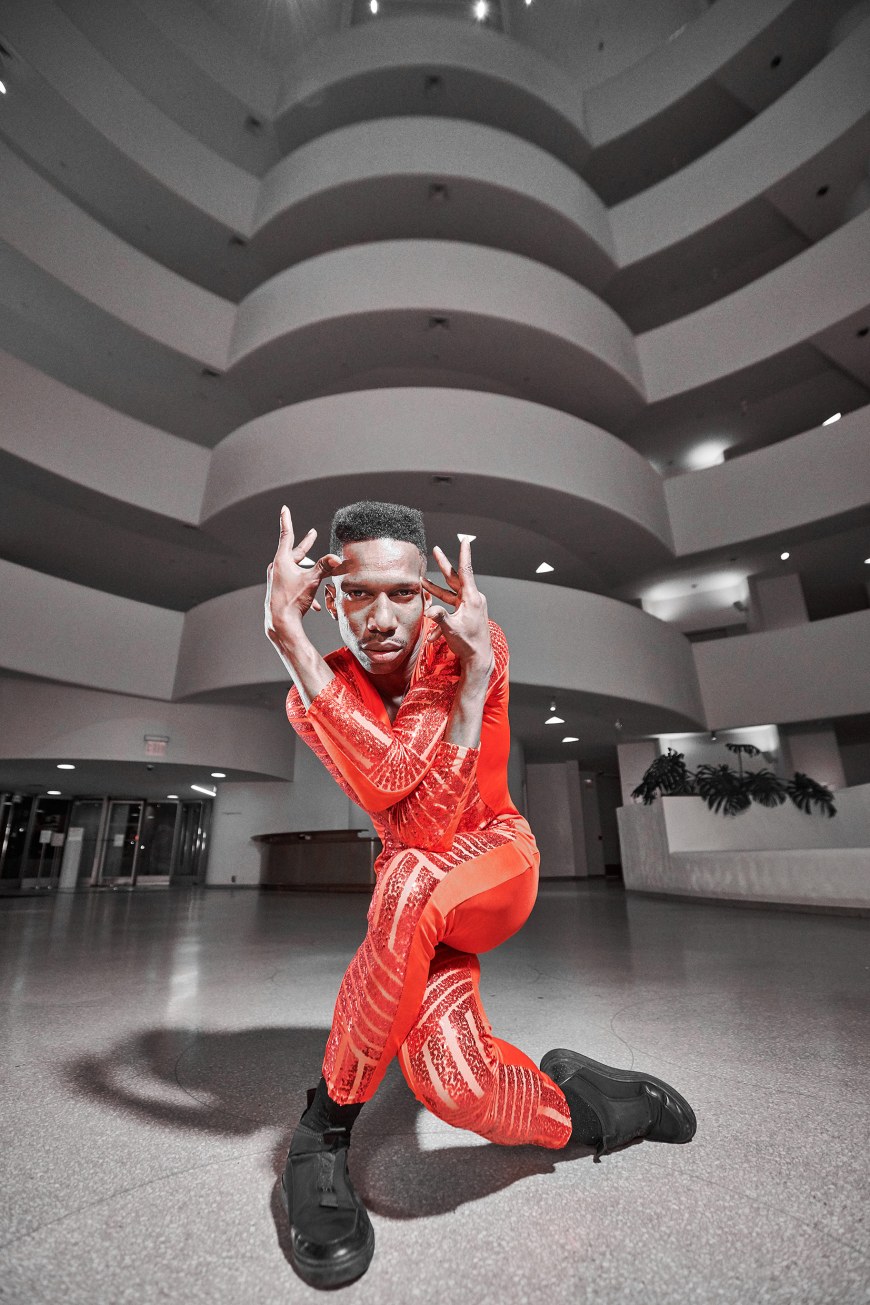