At its best, the Oscars can reflect the cultural attitude of an era, poignantly voicing the feelings and frustrations of the public in an artfully articulate manner. There are always running themes throughout the year’s biggest nominations that mirror the discourse of the day.

On Monday morning, the Academy of Motion Picture Arts and Sciences will announce the nominees for the 92nd Academy Awards. Among the major storylines generating traction is Netflix’s quest for three Best Picture nominees in a single year (and their first-ever win in the top category), Quentin Tarantino’s controversy versus Quentin Tarantino’s artistry, and the diversity (or lack thereof) among the candidates.

Based on industry chatter, Oscars history, and our own hypothetical votes (and with the caveat that the Academy Awards always throw in a few unexpected curveballs) here are our predictions for the eight major categories.

Rian Johnson’s delightfully clever Knives Out just misses the cut and Netflix’s The Two Popes lacks the widespread mainstream support to sneak in.

1917 is a flashy technical achievement, Parasite may very well be the best film of the year, and Once Upon a Time in Hollywood is cutting up an awards season warpath. Where do Oscar voters split the difference?

Zellweger’s comeback is an attractive narrative to push throughout awards season, but Judy‘s mixed reception could slow down the campaign at the finish line. Sadly, Lupita Nyong’o’s double duty in Us is overlooked here, as it was at the Golden Globes.

This is Phoenix’s award to lose, thanks toJoker. Elsewhere, if Rami Malek can win for lip syncing in a bad musical biopic, surely Egerton deserves a nod for singing his heart out in a good musical movie like Rocketman, right? If not, Eddie Murphy could slot in for his work in Dolemite Is My Name.

Scarlett Johansson’s performance in Jojo Rabbit merits serious consideration here. But with a Best Actress nod all but locked up for ScarJo, the Academy will eye other worthy and talented contenders.

Tom Hanks hasn’t been nominated for an Oscar since Cast Away (2000). His combination of narrative, role (the beloved Fred Rogers) and performance leaves Netflix’s The Two Popes without any acting nominations. Apologies to Jonathan Pryce and Sir Anthony Hopkins.

Can the widespread attention and $1 billion gross of Joker push it past the smaller A Beautiful Day in the Neighborhood? The comic book film’s closest comparison in the genre may be Logan, which also scored a nomination in this category.

Since 2009, when the Academy expanded the field of potential Best Picture nominees, the overall winner has also claimed a screenplay award nine different times. 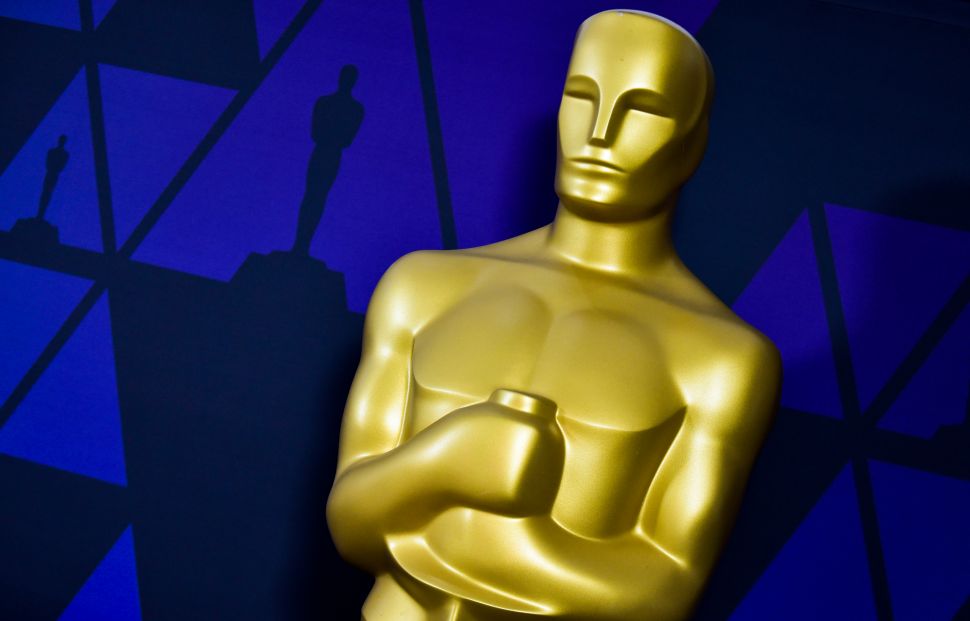