In 2017, Christopher Nolan described Netflix’s emphasis on streaming over theatrical releases as a “mindless” strategy. In 2018, the Cannes Film Festival banned Netflix from awards consideration entirely. In 2019, Steven Spielberg reportedly lobbied the Academy of Motion Pictures Arts and Sciences to do the same for the Oscars. His argument came on the heels of Alfonso Cuarón’s Netflix movie Roma losing Best Picture to Universal’s Green Book in a controversial upset. At every turn, the streaming service has been met with opposition from mainstream gatekeepers.

Yet despite the best efforts of the incumbents, Netflix continues to barrel through the obstacles in its path. As resistant to change as the Academy may claim to be with quote-worthy lip service (Spielberg labeled the company a “clear and present danger to filmgoers”), the results paint a picture of changing tides.

Netflix claimed the fourth-most Oscar nominations (15) of any studio at last year’s ceremony while Roma was tied for the most overall nominations (10) of any single film. After this year’s nominees were announced Monday morning, it was clear that Netflix continued to gain ground on the industry.

The streamer leads all studios in overall nominations (24) while The Irishman was tied for the second-most nominations (10) of any single film. Both Scorsese’s gangster drama and Noah Baumbach’s romantic drama Marriage Story (6 total nods) are in the hunt for Best Picture.

No, the studio did not manage to become just the third distributor since 2009 to boast three Best Picture nominees in a single year. But while The Two Popes missed out on a top nomination, stars Jonathan Pryce and Sir Anthony Hopkins both scored acting nods from the Academy while Anthony McCarten also garnered acknowledgment in the crowded Best Adapted Screenplay category. That’s an impressive haul of praise that doubles as industry-approved validation. Such widespread acceptance is expected to become the norm in cinema.

A few years back, Netflix’s head of original film Scott Stuber teased (threatened?) an eventual “cinematic onslaught” from the studio that will include 90 original films per year ranging from mid-budget indies to $200 million blockbusters. Notable filmmakers (many of whom have extensive Academy resumes) such as David Fincher, Lana Wilson, Spike Lee, Charlie Kaufman and Ron Howard all have movies in various stages of development for the streamer. A-list stars such as Dwayne Johnson, Amy Adams, Ryan Reynolds, Gal Gadot, Mark Wahlberg and Will Ferrell will appear in films arriving on the platform in the coming years. If a stigma surrounding Netflix still exists, someone better notify Hollywood’s old guard.

Certain high-ranking members of the Academy may still rail against Netflix and it’s lack of wide theatrical releases. But the streaming studio is increasingly viewed as a viable destination for top-tier talent and, thus, a steady provider of Oscar-friendly features. Sorry Spielberg, but after so much time spent with dinosaurs, you may have finally become one yourself. 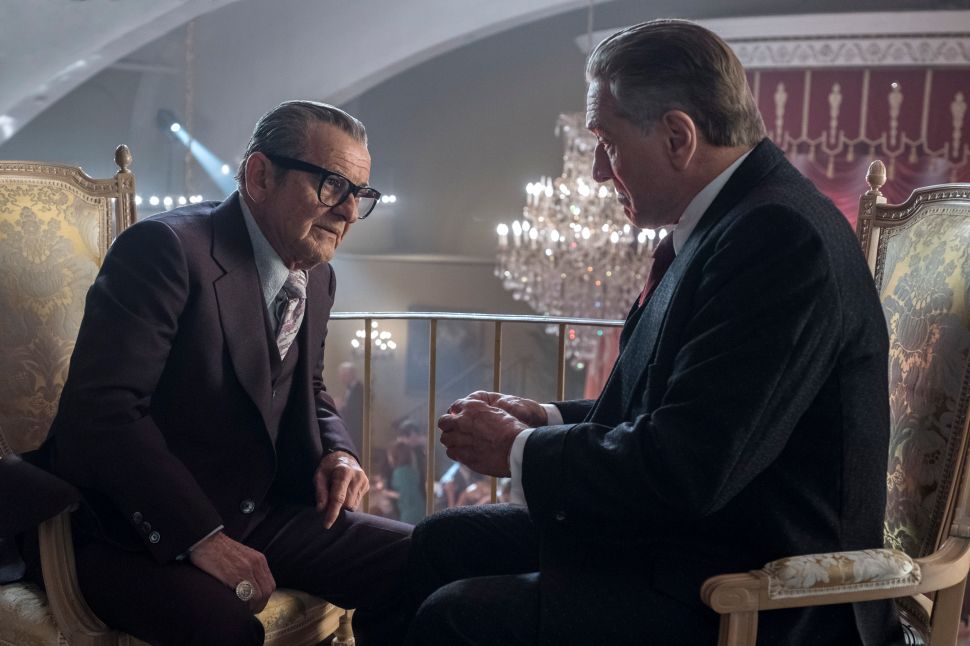