In the age of social media, when anyone with internet access can build a grandstanding platform, the Academy Awards are pretty much designed to elicit criticism. Despite efforts to broaden its voting body in recent years, the Academy of Motion Picture Arts & Sciences remains largely glued to its long-standing biases and comfort zones like a soda stain coating your TV remote. This comes at the detriment of its own product. In times of frustration like this, all we can do is pay our respects to the worthy and deserving recipients who may have been somewhat overlooked by the Oscars.

Spoiler Alert: This post reveals plot details from some of the year’s biggest movies.

Little Women: A Face-Lift for a 150-Year-Old Book

The Moment: The latest adaptation of Louisa May Alcott’s classic novel may very well be the boldest as Gerwig took a hatchet to the book’s structure. The book begins in 1868 before taking a three year time jump in its latter half. Gerwig, however, opted to toggle back and forth between 1861 and 1868 throughout the film. This choice ultimately reveals the characters as fully realized individuals—especially the historically derided and one-note Amy March (Florence Pugh)—who must reconcile their desires and insecurities with the circumstances that change them as they grow. It sharpened their individual arcs and infused the story with an energetic direction. Gerwig explained that the non-linear structure was meant to “collapse the space” between the book’s author and her protagonist while further contrasting adulthood and girlhood to reach a place of “yearning for something that was gone.” It’s a challenging tightrope to walk, especially for a story as iconic as Little Women, but Gerwig pulls it off and manages to smuggle mounds of meaning into this populist tale.

Hustlers: Ramona Shows Destiny How to Work the Pole

The Moment: The rigor of Lopez’s work in Hustlers, in which she combines the physicality of a veteran stripper with the love of a friend and the menace of a criminal, is a powerful force. Initially, there’s an honest innocence underpinning Ramona’s character. Taking a shine to the young, struggling Destiny (Constance Wu), she teaches her the ins and outs of the field like a future Hall of Famer mentoring a callow rookie. Slowly, though, their bond is corrupted by greed and ambition driven by a justifiable fury set against the backdrop of the 2008 economic collapse. Lopez, like all pop stars, has always leveraged her sexuality. In Hustlers, though, she weaponizes it—sharpening it to the point that her stiletto might as well be the tip of a sword. Armed and ready, the actress delivers career-best work that straddles the line between morally reprehensible and desperately understandable.

The Farewell: Your Own Life, Onscreen

The Moment: Lulu Wang’s great challenge in writing and directing The Farewell was always going to be how personal it was. She based her luminous film’s screenplay off of her own experiences with her grandmother. That made something like the film’s workout scene, where she translated the movements of an exercise her grandmother did into the film’s plot, particularly lovely to behold. The New York Times put together an “Anatomy of a Scene” video on it, complete with Wang’s commentary explaining how she directed Awkwafina and Zhao Shuzhen in the scene.

The Moment: Roy McBride’s (Brad Pitt) convoy is attacked by pirates on the surface of the moon. The tense action scene combines incredible sound editing/mixing with gorgeous imagery to establish dangerous stakes in a unique and compelling fashion. We’re left enthralled by the cosmic environment yet deeply unsettled about the state of humanity in the near future. At the center of this gorgeous chaos is the perpetually even-keeled McBride, whose steady demeanor mirrors the placid tranquility of the cosmos but similarly masks a deep swell of inner turmoil. Ultimately, his beautifully violent journey makes us realize that no matter how far we go to find our destiny, it’s no further away than what’s inside of us and those we love.

Honey Boy: The Performance of Self

The Moment:  Otis—the script’s stand-in for a young Shia LaBeouf—serves as the intermediary between his mother and father during a heated argument over the phone. He impersonates both parents to one another as he relays their words in a layered example of performative identity. As director Alma Har’el told Observer, all of her films deal with the idea of the performance of self. This heart-breaking example reveals the surface of young Otis’ traumatic upbringing. “What makes this film able to explore this subject a way that is so layered and always works on a few levels with the viewer, whether you know about Shia or not, is the idea of making the film about an actor,” Har’el explained. “This is a young child actor, and we see him often in the film having to perform not just on television, but in his own life.”

The Moment: There isn’t one bad performance in Jordan Peele’s brilliant horror film Us, but it is emphatically Lupita Nyong’o’s movie. Her emotional high-wire act in the film—to say nothing of the physicality of two performance that demanded a comprehensive use of her body and the fluidity of ballet—led her to play both heroine and villain masterfully, and she herself admitted that wasn’t easy. “I’ve never done that,” she told Observer of playing two sides of the same coin. “As an actor, you invest in one perspective, and you advocate for that perspective. Here you had to do that, then the next day be on the complete opposite of that perspective.” Each of Adelaide’s scenes with Red is fraught with tension and worry, but none moreso than the movie’s climactic sequence underground.

Waves: It All Comes Crashing Down

The Moment: In the film’s climactic scene, an increasingly unstable Tyler (Harrison) strikes his ex-girlfriend, who begins to bleed out on the floor. Terrified, Tyler flees, leaving the audience shaken to the core after this staggering act of violence—an event that uses the film’s tension and Harrison’s masterful performance to full effect. From the moment director Trey Edward Shults’ camera opens on Tyler in the film’s first scene, catching him jubilant and carefree as only the young can be, an undercurrent of anxiety runs throughout. We know we’re heading someplace awful and yet we can’t stop the descent. Through it all, Harrison grounds Tyler as a vulnerable young man cracking under pressure before committing a life-ending mistake that redefines his very existence.

The Moment: No one in their right mind would call Adam Sandler is a reliable Oscar contender the same way Leonardo DiCaprio or Joaquin Phoenix have been over the years, but you have to at least wonder why after watching Uncut Gems. His character Howard Ratner is already one of the great hustlers in the history of cinema and is best summed up in the movie by his wife Dinah, played by Idina Menzel: “I think you are the most annoying person I have ever met. I hate being with you, I hate looking at you. And if I had my way I would never see you—again.” We spend the length of the movie’s runtime alternately rooting for him and wondering when he’s finally going to cross a line or push the wrong criminal associate too far. That journey is intoxicating.

The Snub: Knives Out overlooked for Best Picture.

The Moment: Daniel Craig unravels the central mystery in the single-most entertaining, rambling, hilarious example of crucial exposition this year. As director Rian Johnson told Observer about the movie: “I think that’s the main thing that I loved about this. When you watch the movie, you can tell just how much fun everyone is having.” Knives Out may have netted a nomination for Johnson’s original screenplay, its direction, memorable ensemble of performers, production design, and canny camerawork all make it one of the best films of the year.

Avengers Endgame: “On Your Left”

The Moment: Following the conclusion to Avengers: Infinity War, the dead heroes are resurrected just in time for Endgame’s climactic finale. Emotionally manipulative? Sure, but hardly any more so than most run-of-the-mill Oscar bait out there. But cathartic and inspirational nonetheless. Falcon’s throwback “On your left” is a gem, the re-appearance of Black Panther elicited widespread applause, and superhero fans everywhere shed a tear when Tony and Peter Parker are reunited. Populist blockbuster cinema has swallowing Hollywood whole, but the existential threat of homogenized content doesn’t erase the fact that Avengers: Endgame has no business being as good as it is. 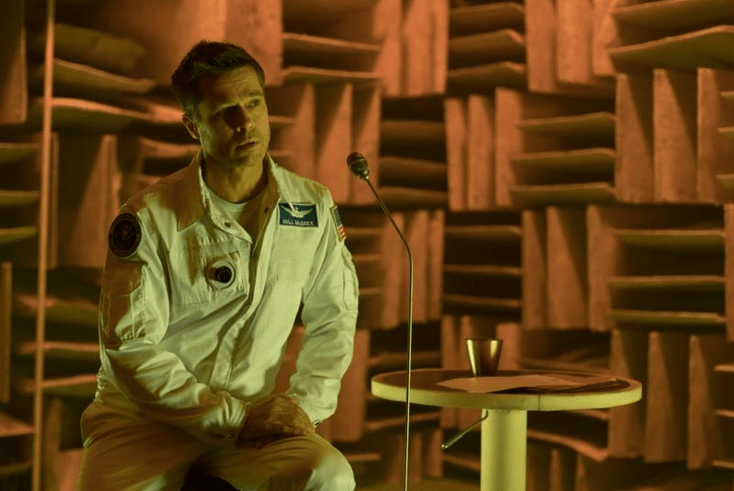