Awards season is segmented into distinct periods of speculation. First, we wonder wildly which films, stars and directors will be nominated for Academy Awards. Then, when we finally find out, we furiously debate the merits and weaknesses of those chosen and the injustices wrought by the Academy over those who were not. Chief among the egregious snubs this year is Greta Gerwig failing to earn a Best Director nomination for her work on the excellent Little Women.

The adaptation of the iconic 1868 novel written by Louisa May Alcott scored Sony nominations for Best Picture, Best Actress (Saoirse Ronan), Best Supporting Actress (Florence Pugh) and Best Adapted Screenplay, an impressive total in any year. But in 2020, the Academy did not nominate a single woman for Best Director. Had Gerwig garnered a nod, she would have become the first woman ever to be nominated twice for Best Director following her 2017 feature debut Lady Bird.

Ronan, who stars as Jo March, told Deadline that she was “scratching [her] head a bit” when she learned that Gerwig had not been nominated. “I’m really happy that the Academy recognized [Gerwig] for Adapted Screenplay and Picture, and I feel like if you’ve been nominated for Best Picture, you have essentially been nominated for Best Director. But to me, Greta, since she started, has made two perfect films, and I hope when she makes her next perfect movie, she gets recognized for everything, because I think she’s one of the most important filmmakers of our time.”

Additionally, Greta Gerwig has released a statement on Little Women‘s Oscar nominations, thanking her cast, crew, producer Amy Pascal and the Academy for the several nominations the film did receive.

The Golden Globes drew controversy earlier this season when it failed to nominate a single woman director for the fifth consecutive year. Only one woman—Kathryn Bigelow—has ever won Best Director in the 92-year history of the Oscars. Industry insiders expected Gerwig to notch a well-deserved nomination (those perfectly tailored time jumps deserve consideration alone) alongside favorites such as Martin Scorsese (The Irishman), Quentin Tarantino (Once Upon a Time in Hollywood), Bong Joon-Ho (Parasite) and Sam Mendes (1917). Instead, the fifth slot went to Todd Phillips for Joker.

Pugh, who co-stars as Amy March, considered the decision “a big blow, especially because she created a film that is so her and so unique and it’s just come out of her, and it’s been a story she’s wanted to do for so long.” She added, “I think everybody’s angry and quite rightly so. I can’t believe it’s happened again, but I don’t really know how to solve it. I don’t know what the answer is, other than we’re talking about it.”

But Ronan believes Gerwig will focus on what the future can provide rather than what the present failed to deliver. “This just kind of makes her more determined to do brilliant work and to keep pushing great work out there,” she told Deadline. “Naturally, as her friend, but as somebody who watches every day just how brilliant she is, I always feel she deserves everything, really.”

The 92nd Academy Awards will be held on February 9.

This post has been updated to include Greta Gerwig’s statement. 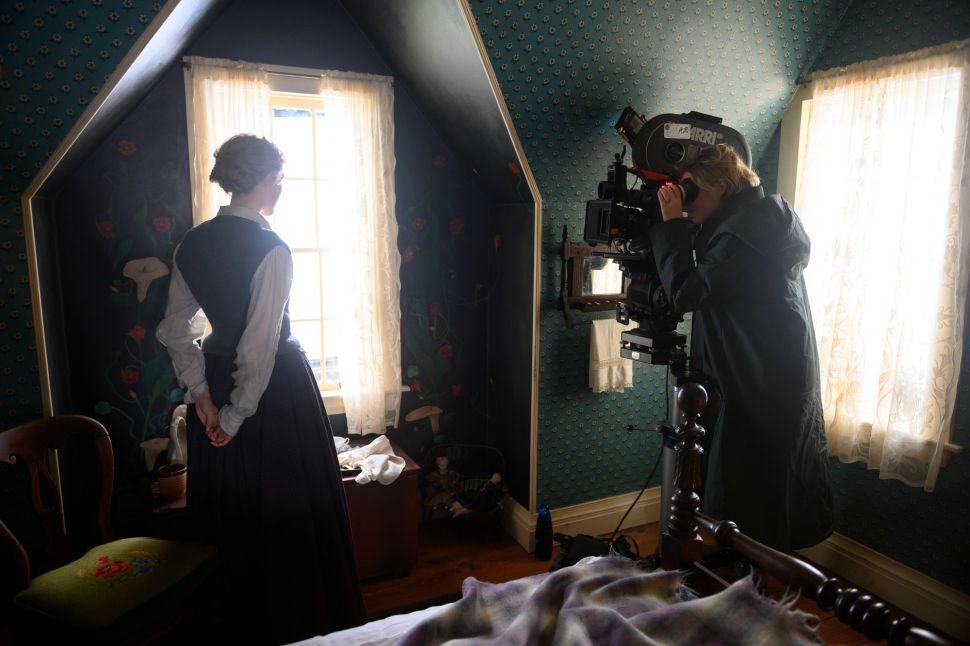