For 28 years, the Outsider Art Fair (OAF) has shaken up the New York art scene by highlighting the unique vision of eccentrics, mediums, the untrained and other voices too often eschewed by fine art insiders.

The New York fair is OAF’s flagship event. Streamlined iterations of the fair focusing on European art brut have occurred yearly in Paris since 2012, and the fair has also hosted exhibitions at Frieze. Christie’s even gets in on the outsider action by conducting a sale on the Friday of the weekend when OAF opens in New York City––occurring this year from January 16 to 19 at the Metropolitan Pavilion on 18th Street.

“There is a ton of business that is transacted at OAF,” says Andrew Edlin, owner of the Outsider Art Fair. “It stimulates the market during the lead-up to the fair, as well.”

And that market has been growing steadily. The expansion of interest in collecting outsider art has been bolstered in the last five to ten years, not only by Christie’s dedicated sale, but also by major museums––such as the Metropolitan Museum of Art, Brooklyn Museum and the Smithsonian––who have cultivated the furor with exhibitions of outsider and art brut creators.

An exact dollar figure is difficult to attach to the outsider market. Edlin, however, believes the figure must be around $40 million to $50 million every year.

“Collectors,” Edlin says, “have been increasingly exposed to this type of artwork. The expansion of OAF has been a factor in that, as well as exhibitions at institutions like the Met. It all shows that outsider art is being recognized in the highest echelons of the establishment.”

Specialized collections, like the American Folk Art Museum in New York City and the Collection de l’Art Brut in Lausanne, have championed creative endeavors from outsider and folk artists since the mid-twentieth century. The emergence of fairs in more recent years have helped expand knowledge of and appreciation for this particular type of art to an ever-expanding audience.

At its start, OAF was a fairly modest endeavor. Crowds were smaller and far fewer collectors were interested in buying.

Edlin says, “Back then, we were contextualized in people’s minds more with folk art. The audience has changed, has become more educated, and their interest has grown. Today, the quality is seen more in relation to contemporary art. So collectors are just more interested and open to buying.”

OAF 2020 will feature dozens of galleries from across the United States and all over the world. Programming will be rounded out with a series of Special Projects and Curated Spaces that hone in on excited creators and topics from the world of outsider art.

“Relishing the Raw,” for instance, will feature outsider artworks from the collections of contemporary art superstars like KAWS, Cindy Sherman, Julian Schnabel, Laurie Simmons and a handful of others. This segment will help viewers understand what attracts artists in the center of the industry to creative visions outside the mainstream.

Paul Laster, who curated the space, says, “Artists who collect outsider art often see an affinity between the work they make and the work they collect. They find a purity in outsider art. It wasn’t made for a commercial art market—it was made from a compulsion, an obsession, or to give an image to a vision. Collectors of outsider art, more broadly, might buy outsider art because they, similarly, like it, or, now, because they see value in it as an investment.”

Whether you’re looking for wild inspiration for your own works, or a new direction for your collection, the OAF waits with something unexpected. At the very least, it’s one fair in today’s landscape where you can be sure to encounter a fresh take on creativity far outside the mainstream. 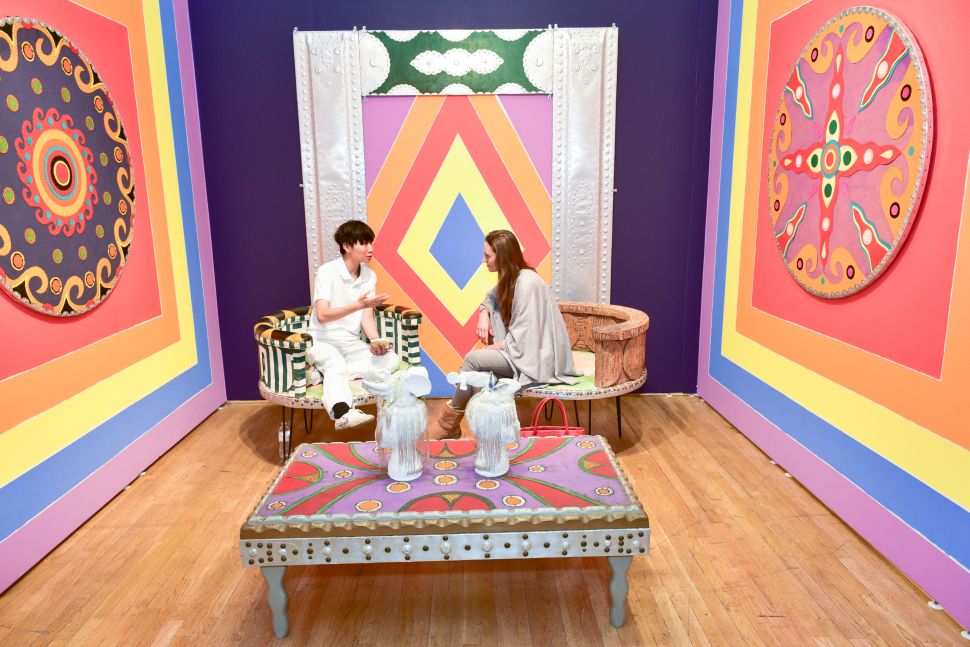