Last year, the Duke and Duchess of Sussex took an extended break from royal duties. Prince Harry and Meghan Markle spent the last two months out of the public eye, opting to take a rest from their usual engagements. They skipped the royal Christmas parties and Sandringham festivities with Queen Elizabeth and other members of the royal family and, instead, spent private time with their son, Archie, and Meghan’s mom, Doria Ragland, across the pond.

But now that the new year has begun, Prince Harry and Meghan are getting back to work. They’ve finally returned to the United Kingdom after their trip across the Atlantic, which included a family Thanksgiving and a relaxing trip to Vancouver Island.

Today, Prince Harry and Meghan made their first official appearance since their royal respite, as they headed to Canada House in London for a special visit to thank Janice Charette, the Canadian High Commissioner to the United Kingdom, for the country’s “hospitality and support” during their recent stay, per a statement from Buckingham Palace. They’re also meeting with other members of the High Commission team and checking out an exhibition by Indigenous Canadian artist Skawennati.

The duo’s day began before they made their way over to Canada House, as according to royal reporter Rebecca English, the Sussexes first made a private visit to The Hubb Community Kitchen, which is particularly special to Meghan—the Duchess of Sussex’s first solo philanthropic project as a member of the royal family was creating a cookbook with the women of the community kitchen.

Prince Harry and Meghan have a big year coming up, though it might look a bit different from the past, as the pair have openly spoken about their difficulties with the British press. They do have major plans in the coming months, though, as they reportedly plan to officially launch their new charitable foundation, Sussex Royal, in the near future. 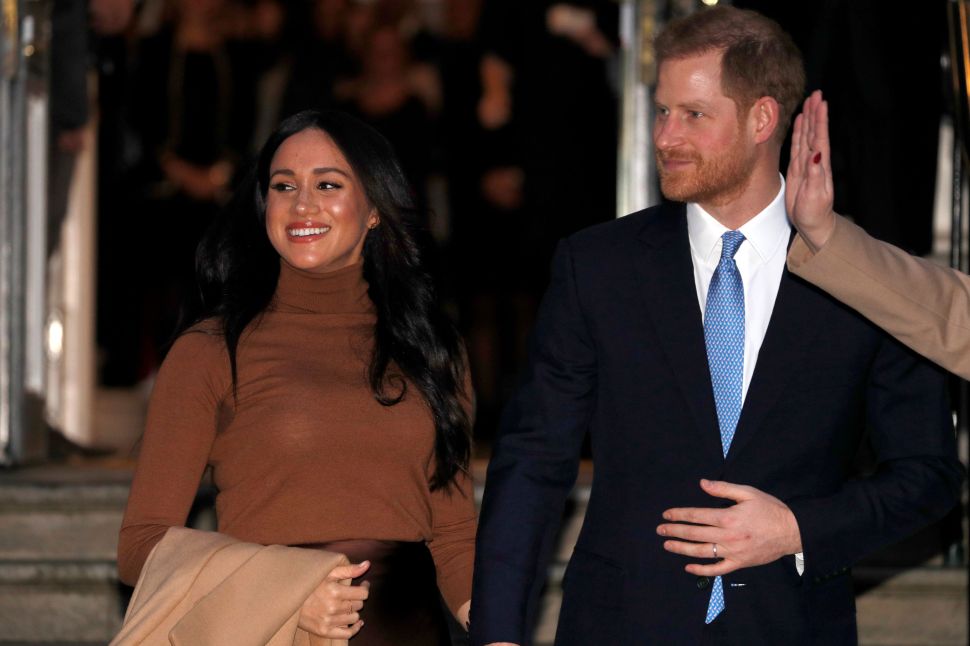