It’s been mere days since the Duke and Duchess of Sussex returned to the United Kingdom from their six-week Canadian getaway, but the royals are already thinking about their next trip across the pond—and this time, they’re considering a lengthier stay.

Prince Harry and Meghan Markle spent their royal respite with their son, Archie, on Vancouver Island, and apparently, they used their holiday as a test run for a potential longer-term move to Canada. The Sussexes are thinking about relocating to the country for a big portion of the year, according to the Sun, and after their “highly successful” vacation, they’re reportedly going to begin speaking to senior members of the royal family about their plans for the future.

The couple reportedly wants to spend much of the next two months in Canada to test out the transition, and while it’s all in the very early stages, this isn’t the first time there have been talks of the Duke and Duchess of Sussex relocating outside of the U.K. Ever since Prince Harry and Meghan traded in Kensington Palace for Frogmore Cottage shortly before they welcomed their son, Archie, there have been rumors that the Sussexes were contemplating a more significant move. At the time, options included a months-long relocation to Africa, splitting time between the U.K. and the U.S., a stay in the Caribbean and, of course, Canada.

And now, it seems that Canada is the frontrunner. Apparently, the couple were thinking about moving to South Africa for about six months, but the plan was nixed due to “logistical reasons.”

Canada makes sense for the couple. It’s a Commonwealth country, and the Duchess of Sussex lived in Toronto for several years before she married Prince Harry, while filming Suits.

Prince Harry and Meghan’s friend, journalist Tom Bradby (who filmed the documentary about the Sussexes’ trip to South Africa, in which the pair opened up about their difficult year), told Good Morning Britain that it’s “no big secret they’ve been considering their options for the future.” He added that he doesn’t think it’s “a done deal…There is a lot of talking to be done,” and “a million possibilities. They could go to Canada.”

This is, however, all very preliminary, and Buckingham Palace told MailOnline they wouldn’t comment on “speculation.” Still, the Palace even giving that much attention to the rumors says something. But the Duke and Duchess of Sussex aren’t leaving the U.K. just yet—they’re already back at work, and the Palace said the duo will be undertaking quite a few royal events in the coming weeks. 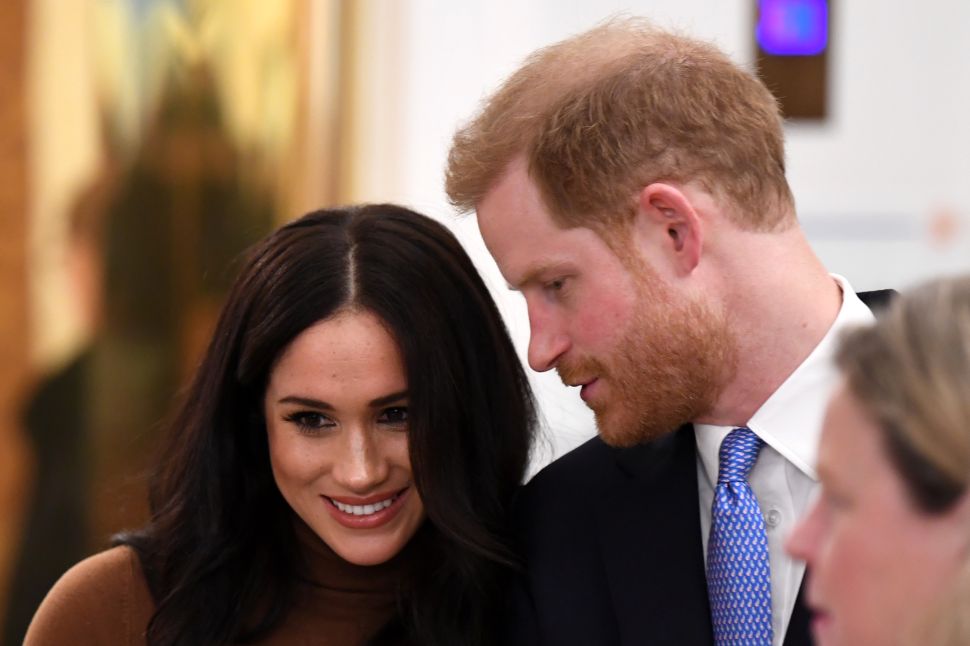