The royal summit at Sandringham has concluded, and Queen Elizabeth has come to a big decision. The monarch met with Prince William, Prince Charles and Prince Harry (and maybe Meghan, via phone) at the Norfolk estate to discuss the Duke and Duchess of Sussex’s desire to step down as senior members of the royal family, and now Queen Elizabeth has issued a personal statement (in the first person, which is rare) about the “constructive” talks.

“My family and I are entirely supportive of Harry and Meghan’s desire to create a new life as a young family,” the Queen said.

One of the biggest takeaways from the full statement is that Queen Elizabeth has agreed to let Prince Harry and Meghan Markle divide their time between the United Kingdom and Canada during a “period of transition.” While the Duke and Duchess of Sussex said as much in their original statement on Instagram, the Queen hadn’t actually signed off on anything like that at the time (they reportedly didn’t even tell the monarch about plans to publicize the news), so this is a big first step.

SEE ALSO: Meghan Markle Opted for a Budget Flight Back to Canada

There have been rumors about the Sussexes’ moving outside of the U.K. for months; Canada has topped the list of potential locales. For the foreseeable future, it seems Prince Harry and Meghan will spend time at both Frogmore Cottage in Windsor and across the pond. While Prince Harry and Meghan’s Instagram statement simply said they would split their time between the U.K. and North America, the Queen’s statement specifies Canada, so perhaps the Sussexes are waiting a while before they find that Los Angeles house.

Buckingham Palace hasn’t disclosed where in Canada the Sussexes are moving, but more details should be released in the next several days. One option is Vancouver, where Prince Harry and Meghan spent their six-week break with Archie, or maybe Toronto, where Meghan lived for years while filming Suits.

The Queen did, however, note that while she and the rest of the royals are supportive of the Sussexes’ desire to “create a new life as a young family,” they would have “preferred them to remain full-time working Members of the Royal Family.” It’s not clear just how involved Prince Harry and Meghan will be with royal engagements and other official activities now, nor how they’ll be earning an income, as the Queen said they “do not want to be reliant on public funds in their new lives.”

Queen Elizabeth acknowledged that there’s still a lot to figure out. The statement concludes: “These are complex matters for my family to resolve, and there is some more work to be done, but I have asked for final decisions to be reached in the coming days.” But no matter what, expect to see a whole lot of Prince Harry and Meghan on this side of the pond in the future. 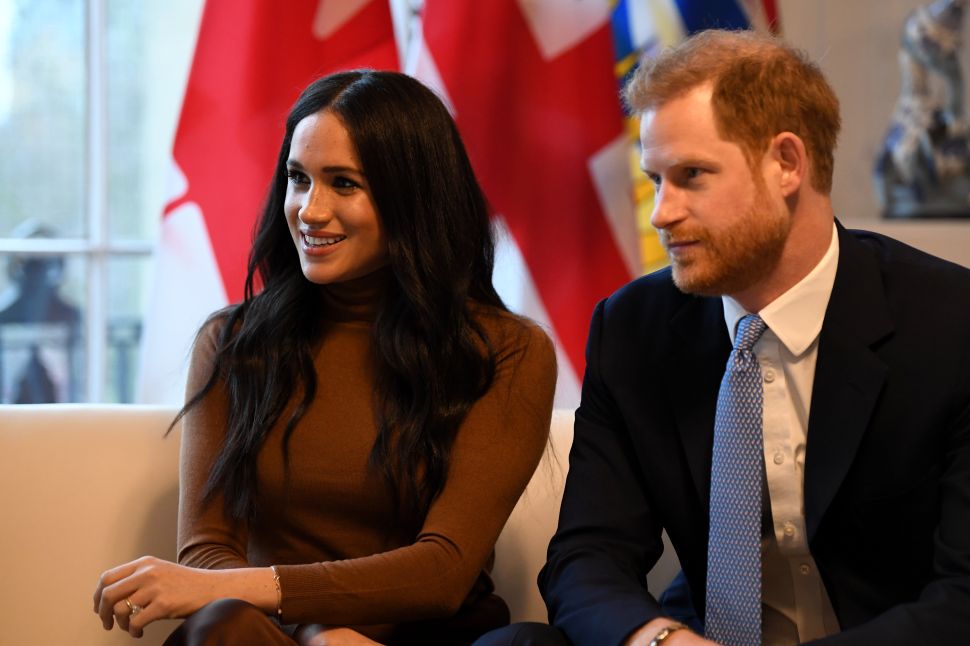