As Americans continue to roil in tumult over the prospect of who will contend with Donald Trump in the next presidential election, things in Russia are looking considerably more ambiguous in the power-transferring department. On Wednesday, President of Russia Vladimir Putin announced that he would be looking into making “certain changes to our country’s main law” regarding the length of his current term, which essentially means that he’s looking for a way to remain in power for a longer amount of time. He won’t be endeavoring to do this alone, however. According to Artnet, in order to get the re-writing of the constitution done, Putin is enlisting the help of two museum directors: Mikhail Piotrovsky of St. Petersburg’s Hermitage Museum and Zelfira Tregulova of Moscow’s Tretyakov Gallery.

You’d think that if an ambitious and ruthless president were interested in rewriting the rules in order for him to remain in power for as long as he likes, experts in the arts wouldn’t be on his list of recruits. However, Putin’s selection for the working group to deal with constitutional amendments amounts to 75 individuals in total, so Tretyakov and Piotrovsky are just a few of many selected Putin loyalists, policy experts and flunkies who’re probably more than happy to do his bidding.

SEE ALSO: Ai Weiwei Explains Why He Was Sued by a Casino Worker in ‘New York Times’ Op-Ed

Furthermore, both Piotrovsky and Tregulova acted as personal confidants to Putin during his 2018 presidential campaign, so they both have experience as supporters who’ve whispered in his ear before. Tregulova was appointed as the director of the Tretyakov Gallery in 2015 after the abrupt dismissal of Irina Lebedeva, the previous person to hold the position. Tregulova has also been seen alongside Putin on events such as Russia’s National Unity Day in 2019, when the two were photographed while walking through the Manege Central Exhibition Hall for the 18th Orthodox Russian Exhibition Forum.

For his part, Mikhail Piotrovsky inherited the leadership of the Hermitage Museum from his father, and has spent has career shaping the institution into even more of an enduring “symbol for Russia,” a nationalistic and decades-long mission that has ingratiated him with the country’s president. On Piotrovsky’s 75th birthday, Putin issued a congratulatory press release praising the museum director’s “significant personal contribution to the development of the famous museum and the preservation of our rich historical, cultural and spiritual heritage, as well as the promotion of international cultural ties.”

Given the fact that the entire Russian government has resigned in order for Putin’s wish for constitutional reform to be fulfilled, it seems like there’s nothing stopping him from doing so. But the fact that these cultural figureheads are so firmly in the Russian president’s pocket is another indication of how legitimacy and artistic independence can be exchanged in favor of proximity to power. 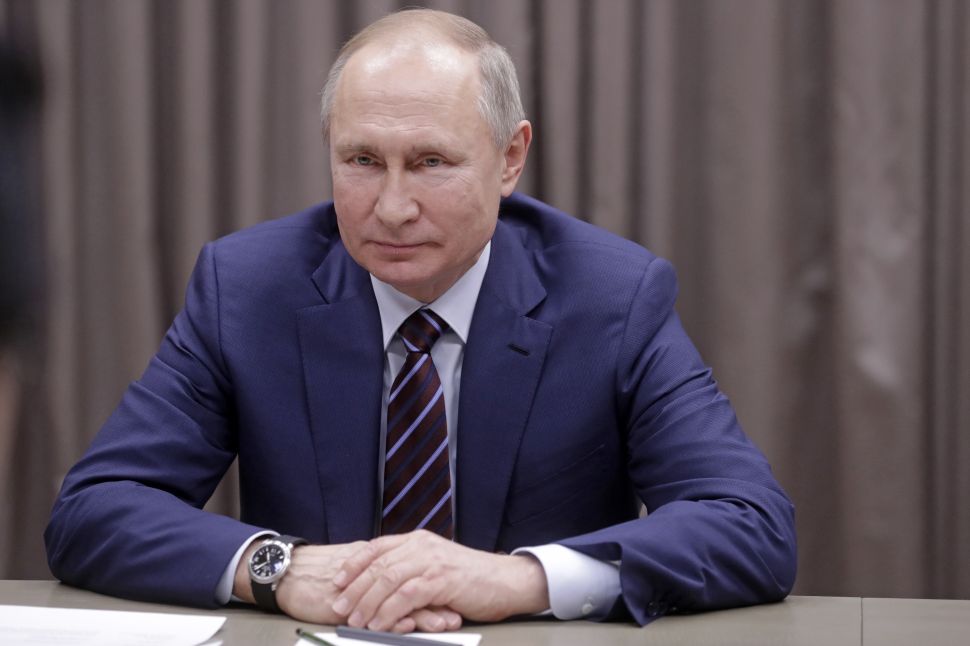