Hollywood development has always been a rollercoaster of peaks, valley and whiplash-inducing turns. Such is the case for Quentin Tarantino’s mysterious Star Trek film, which was first revealed in December 2017 to the curiosity of many and has since puttered along with select few updates. We know that Paramount Pictures tapped The Revenant scribe Mark L. Smith to pen a screenplay. We know that franchise producer Wyck Godfrey insisted last year that it was still chugging along. We also know that Tarantino himself explained why the movie needs to be R-rated back in July.

Now, we know who probably won’t be directing it: Quentin Tarantino.

“I think they might make that movie, but I just don’t think I’m going to direct it,” he told Deadline. “It’s a good idea. They should definitely do it and I’ll be happy to come in and give them some notes on the first rough cut.”

This development should come as no surprise to film fans. Tarantino, who has only made original features in his career behind the camera, has always insisted that he is going to retire after his upcoming 10th film. No one expected him to conclude his career playing in someone else’s sandbox; he’s even teased that his final film could connect to his own shared cinematic universe. The more realistic outcome is that he’ll receive a story credit and perhaps stay on as a producer if the film does indeed move forward.

At one point, a Tarantino-led Star Trek feature represented a bold new direction for a franchise that may have run out of dilithium crystals at the box office. But recently—and perhaps as a result of Tarantino’s decision—the studio tapped Fargo and Legion creator Noah Hawley to write and direct the next installment which may or may not feature the rebooted cast. It’s important to remember that a planned sequel directed by S.J. Clarkson fell apart due to salary disputes between the studio and stars Chris Pine and Chris Hemsworth.

Star Trek‘s big screen momentum was halted once Star Wars returned to multiplexes as 2016’s Star Trek Beyond earned $343 million against an outsized $185 million budget. Paramount has long hoped to develop Star Trek into a premiere worldwide blockbuster franchise. However, to this point, the property has arguably found its greatest success on the small screen. Season 3 of the well-liked Star Trek: Discovery will premiere on CBS All Access this year while the highly-anticipated return of Patrick Stewart as Jean-Luc Picard will come later this month. 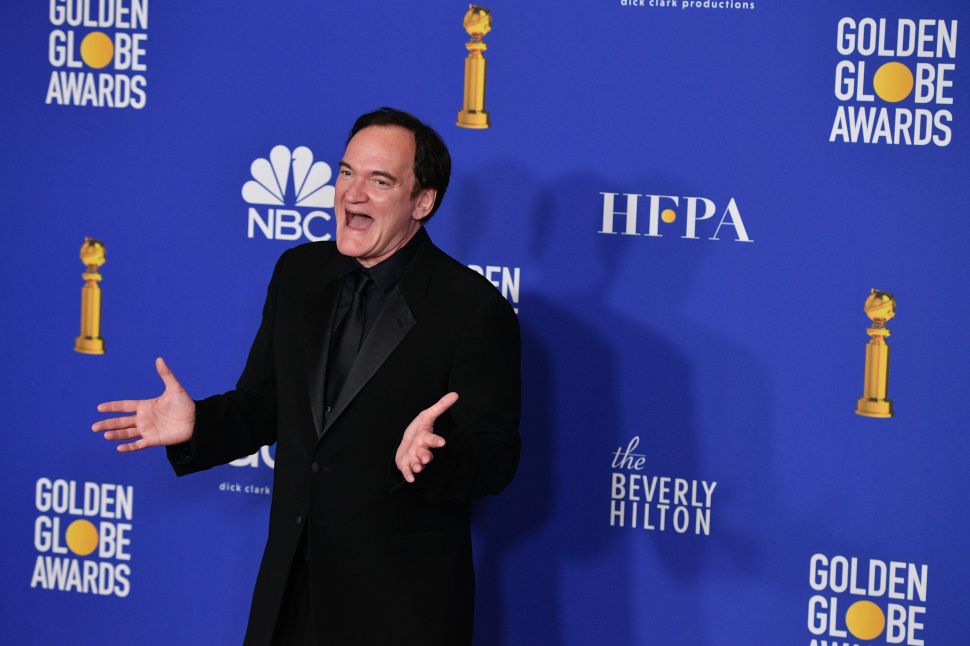