It didn’t take long for Rosie Huntington-Whiteley and Jason Statham to find a buyer for their Malibu beach home. The couple listed the two-story oceanfront retreat in late October, and it took less than three months to finalize the sale.

They did have to accept a bit of a discount, though, as the 3,909-square-foot home was originally offered for $19.95 million, while the final sales price comes to $18.5 million, as first spotted by the Los Angeles Times.

It’s still a marked profit from the $10.6 million Statham paid for the home in 2009, a year before he and Huntington-Whiteley began dating. The duo have spent quite a bit of time at the home, which is located in the exclusive Malibu Colony enclave, over the years, at least according to the model’s Instagram account.

The home is filled with walls of glass and Belgian white oak floors, per the listing shared by Hilton & Hyland brokers Branden Williams and Rayni Williams. It’s known as “the Black House” due to the onyx-colored cedar shingles on the exterior.

The open Bulthaup kitchen is equipped with Gaggenau appliances, grey oak cabinetry, a center island and shiny silver countertops, while the dining area is accented by wood shelving on the walls.

There’s a media room space with a black entertainment center, while a living room with plenty of seating faces a floor-to-ceiling brick fireplace, with a somewhat ridiculous amount of firewood.

Outside, there’s a Burmese teak desk overlooking the ocean, with a Jacuzzi, seating and direct access to the private beach.

There’s also a spare one-bedroom guesthouse, with a kitchenette and one bathroom.

Huntington-Whiteley and Statham already own two homes in Los Angeles, so maybe they’re just paring down their real estate portfolio for now—aside from a $2.7 million house on the Sunset Strip, they also own a $13 million Beverly Hills mansion. 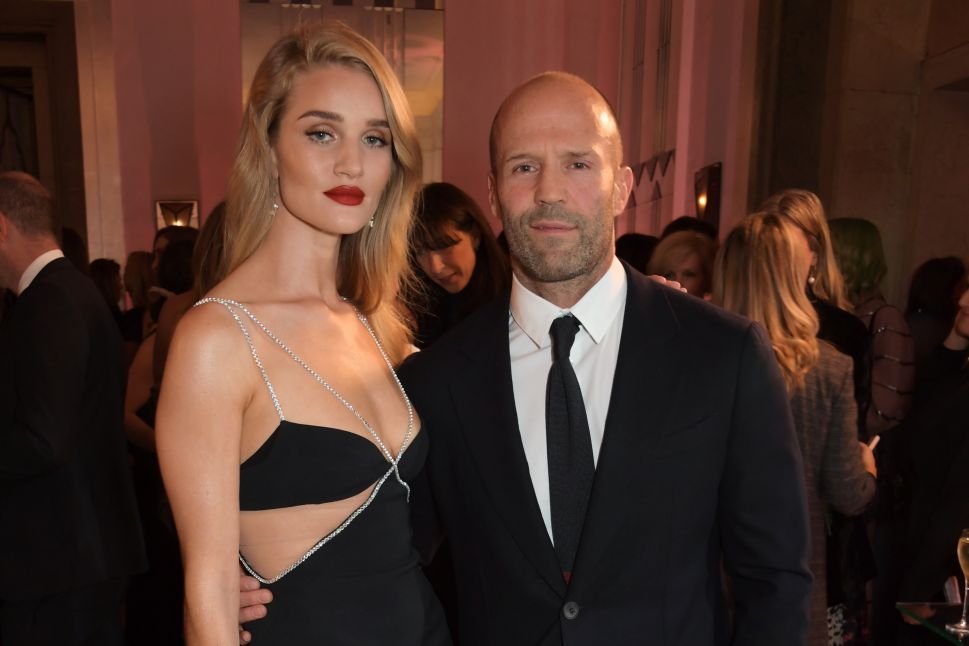