Salesforce founder and co-CEO Marc Benioff is a loud advocate for driving positive social impact as a capitalist and vows to lead by example. His company, which plows $17 billion in annual revenue by selling corporate software, invests heavily in what many of Benioff’s peers might deem unimportant, such as pay equity across genders.

This week, Benioff made an appearance at CES 2020 in Las Vegas to spread his “gospel of wealth.” Speaking at a panel on Tuesday along with MediaLink Chairman Michael Kassan and Unilever CEO Alan Jope, Benioff told a packed room of CES attendees that it’s possible to make money and do good.

At Salesforce, Benioff and his co-founders decided early on to operate by a 1-1-1 philanthropic model: devote 1% of the company’s profit, equity and time to charity.

Over the years, that commitment has translated into more than $200 million in donations to nonprofits and millions of hours of community service.

“We put the seed of giving back at the beginning,” Benioff said. “You can see this as a reason Salesforce has become a high-performing company. This is the marking of a modern high-performance culture today.”

Benioff then recalled a clash with lawmakers in Indiana back in 2015, when the state passed a law that would legitimatize businesses rejecting LGBTQ customers. Opposing the bill, Benioff immediately ordered all Salesforce employees to cancel business trips to Indiana.

“That was a test of our core values,” Benioff said. “But we stand for employees, for equality. That is what we’re doing… I have to fight for the rights of our employees and customers.”

“This is what ultimately being a chief executive today is going to be about, or really just being a human being on this planet: You have to follow your heart and follow what you know is right.”

Earlier on Tuesday, Benioff was spotted sitting in the front row during Ivanka Trump’s keynote address at CES, which sparked speculation about the executive’s political ties with the president’s daughter.

“Last May, [Ivanka] Trump visited Salesforce Tower in Indianapolis for an event at which Benioff pledged to train one million workers for jobs in the ‘Salesforce ecosystem,'” Business Insider reported. “After the visit, Trump praised Benioff’s commitment on Twitter.” 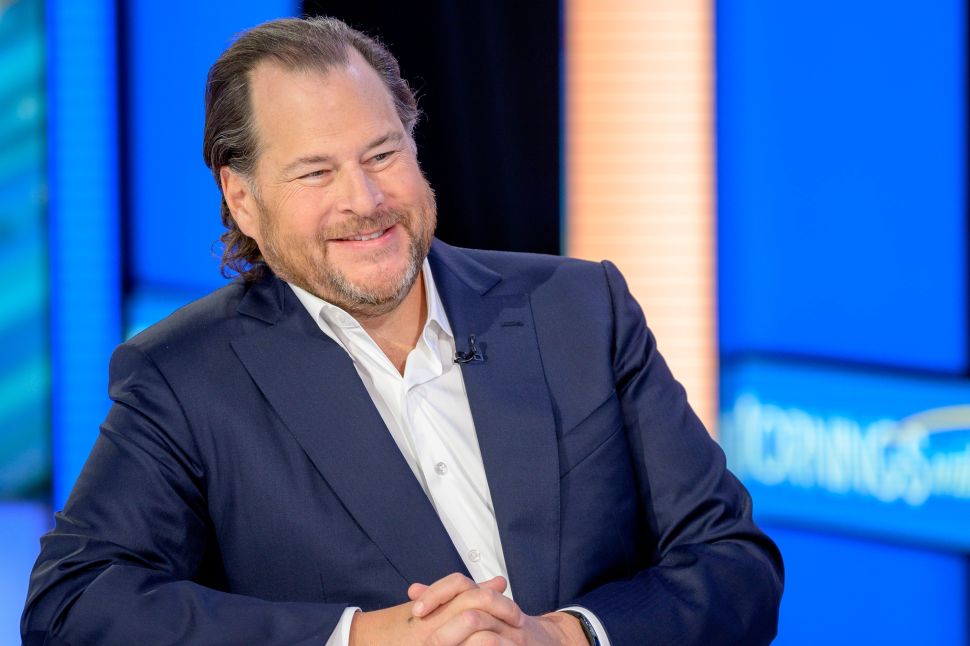