According to the Associated Press, an art gallery in Stockholm has been robbed of between 10 and 12 sculptures made by the legendary Spanish Surrealist artist Salvador Dalí. The sculptures are each approximately 20 inches tall and are worth between $21,000 and $52,000. They were apparently snatched by at least two thieves in a smash-and-grab operation that was conducted in the early hours of Thursday morning. The sculptures had been on display in Galleri Couleur for approximately 10 days before being stolen, and the artworks themselves are prime examples of Dalí’s fondness for melting clocks and abstract greenery.

As one of the most famous and valuable artists in the world, Dalí’s catalog has been the target of theft in the past. In October of 2019, a brazen thief walked right out of the Dennis Rae Fine Art gallery in San Francisco in the middle of the day with a $20,000 Dalí etching entitled Burning Giraffe tucked under his arm.

Dalí’s irrevocably essential spot in the art-historical canon has also placed his work at the center of exciting auctions, like the upcoming sale to be hosted by the collection of the Fondazione Isabella Scelsi, which is going to offer up a diptych Dalí painted of his wife and himself. The oil-and-wood-panel painting Couple aux têtes pleines de nuages, 1937, features two silhouetted heads tilted towards each other; each respective skull is filled with a barren psychic desert landscape.

Since he was a deeply abstract and somewhat detached Surrealist, it’s fun to consider whether Dalí himself would have been bothered by the theft of his own art, or whether he would have simply been tickled by the randomness of the universe and by the high prices placed upon his dazzlingly inventive creations. In any case, it remains to be seen whether the sculptures will be recovered. 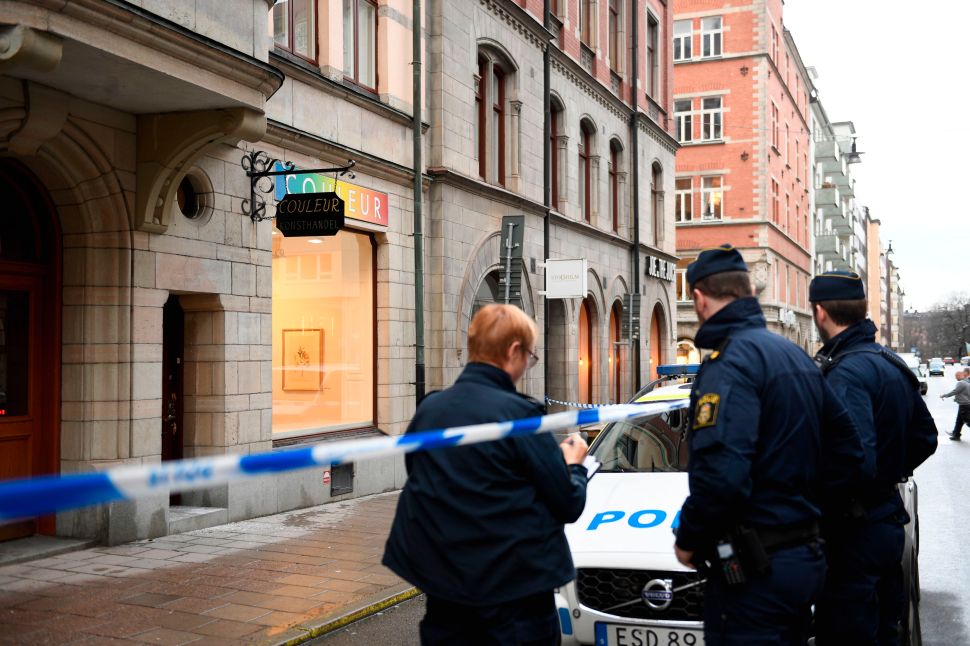