So, the deal is, if you push a button, the TV moves from landscape mode to portrait  mode—just like videos on your smartphone. Samsung is pushing their chips to the center of the table, hoping Sero TV will appeal to Gen Z and Millennials who are all CRAZY about their vertical video watching. As stats show, thanks to Instagram, Snapchat and TikTok, 43% of all videos are shot in portrait mode. In fact, you can also synch Sero to your Samsung Galaxy to rotate your TV in real-time. It’s aimed at people who use their phones to power most of the content they watch; now, those viewers have a 43-inch TV to watch it on.

Though, maybe, we should just teach society to film things horizontally, instead of vertically, and not have an asinine TV spinning in our homes.

One interesting feature is the ambient mode.

When you’re not watching your beloved vertical videos, you can put on background videos or photos as a piece of art, such as a fireplace scene, rocky beach or a dog wearing sunglasses and people clothes (or whatever else you want to put on there). Sero TV has a frame to highlight your piece of conceptual home video art.

Sero TV has already been released in South Korea (where it sells for roughly $1,600) and is coming to the U.S. in the second half of 2020. (In case you’re wondering “Sero” means “vertical” in Korean.) It also comes equipped with 4.1-channel, 60-watt speakers.

The big questions: Is Sero TV the tail wagging the TV-watching dog? Or is this simply a tech trend that will look outrageously dated five years from now?

To know the future, we need to look back to the TV tech fad flop past.

In 2010, 3D TVs were slated to be all the rage. It was expected to revolutionize the living room. Big spaceships would be flying over your coffee table. Well, it didn’t happen. By 2013, 3D TVs were pretty much done. As it turned out, people didn’t want to sit at home on their couch, wearing a pair of idiotic glasses—along with their entire family—in order to enjoy their entertainment.

The curved TV was meant to increase TV-watching immersion and was toted, in 2014, as the miracle screen that would save the face of television as we knew it. Guess what? It didn’t. And by 2017, curved TVs were considered dead in the TV-watching .

Wait a minute here… it’s a device that you can carry and watch your favorite DVDs on? Holy crap. (Wait, what’s a DVD?) Before smartphones became popular—and DVDs weren’t extinct—in 1998, this device was seen as futuristic. Something Johnny Mnemonic would use for his movie watching.

But the cost ($1,000), the size of the discs and low battery life put portable DVD players in the tech fail column.

Ready to have your 1982 mind blown? This is a wristwatch… that’s also a TV! This form of TV watching was considered so cool, it was featured in the James Bond movie, Octopussy. One drawback: you had to ignore the annoyance of the port used to dock the watch to the TV receiver.

This was all the buzz at CES 2019. The rollable TV rolls up like a lampshade. The 65-inch screen costs (wait for it) $60,000. Do you know how many 1998 portable DVD players you could buy for that price? Hmm? Everyone is always trying to reinvent the TV wheel. 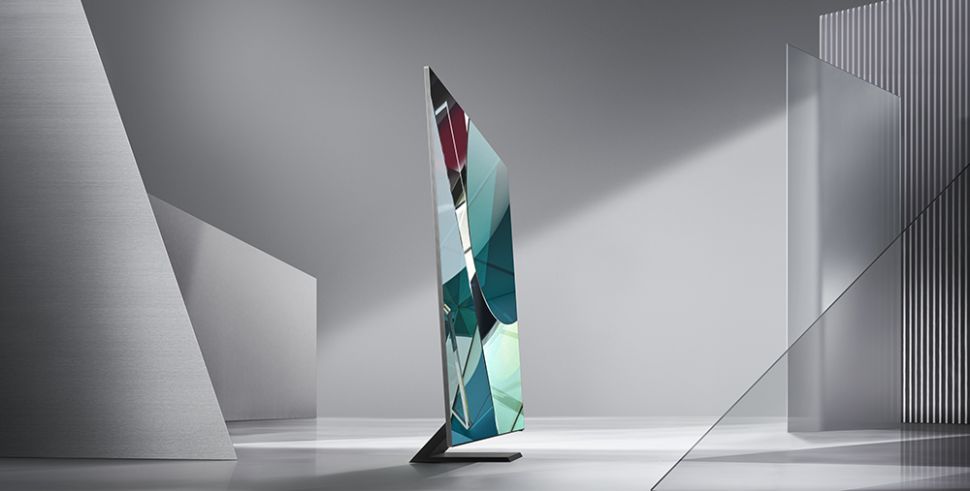