Elon Musk’s rocket company SpaceX is kicking off the new year with an ultra busy month of tests and missions, including a major test for the company’s first crewed mission to fly NASA astronauts to and back from the International Space Station (ISS).

To drum up hype ahead of the big day, Musk posted a simulated video on Monday showing how the eventual manned launch will look.

The spacecraft will be sent into orbit atop a reusable Falcon 9 rocket. After a two-stage separation, the small capsule will maneuver through space for a day or two until it locates the ISS and latches itself onto a docking port.

The astronauts are expected to work in the ISS for six months. When that’s done, the Dragon Crew capsule will unlatch from the docking port and bring them back to Earth.

SpaceX is scheduled to carry out an in-flight abort (IFA) test for the Crew Dragon mission on January 11. The company will demonstrate how it can eject the capsule and its passengers away from a rocket in space in case it misfires.

If all goes according to the plan, SpaceX will officially fly astronauts within the first half of this year.

Last month, Boeing, which had been working on a competing spacecraft called Starliner for the same NASA mission, flied an unmanned test that went off course midway due to a clock problem. The docking at the ISS was called off as a result. The capsule returned to Earth safely after two days in orbit. 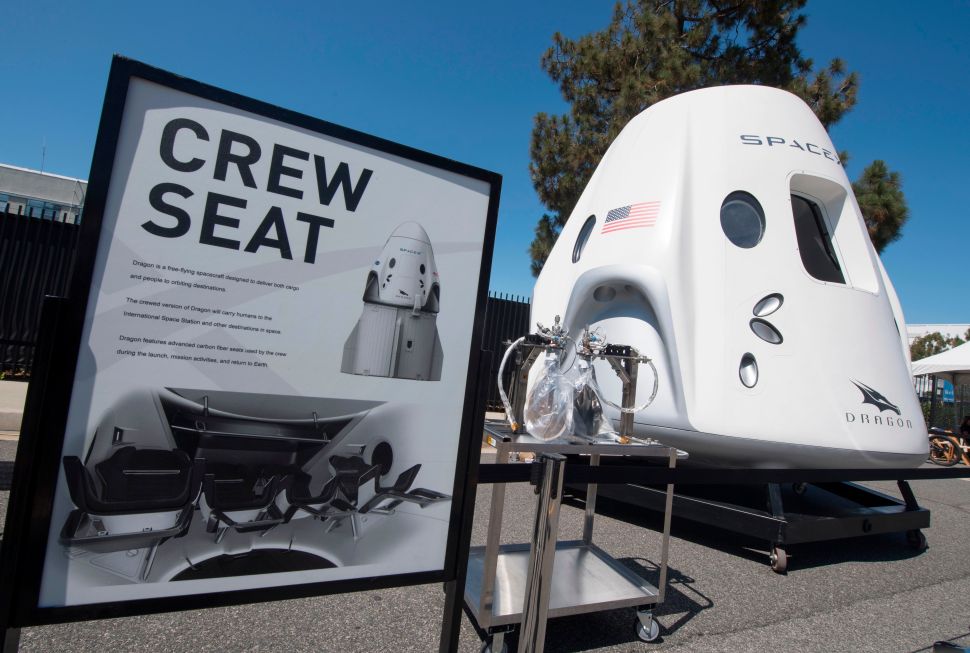