Despite the somewhat disappointing returns on Star Wars: The Rise of Skywalker, the Star Wars brand remains one of the most powerful in all of entertainment. As such, fans and industry observers alike are equally intrigued by a new rumor from Cinelinx (which accurately reported the Disney+ Obi-Wan Kenobi series before Lucasfilm officially announced it) that claims that video game company Electronic Arts is developing a continuation or reboot of the beloved 2003 video game Knights of the Old Republic. This remains far from rock solid, as additions to the game have been rumored for years without any concrete resolution; take it with a heaping helping of salt for now. But, if true, the development could carry far-reaching implications for Star Wars that extend beyond just another video game.

In a polite understatement, it’s fair to say that Disney’s sequel trilogy divided fans, while Solo: A Star Wars Story, the franchise’s first theatrical release to lose money, caused Lucasfilm to shelve its planned standalone spinoff films. Disney+ is picking up the slack with The Mandalorian and other planned series, but there’s no doubt that Star Wars finds itself in a state of uncertainty. That’s where Knights of the Old Republic, or KOTOR, comes into play.

SEE ALSO: 5 ‘Star Wars’ Predictions That Could Actually Pan Out for Lucasfilm

The immensely popular video game—which has belonged to the de-canonized “Expanded Universe” since Disney’s acquisition of the franchise—is set 4,000 years before the birth of Luke Skywalker and revolves around a conflict between the vast Sith forces and the Jedi of the Old Republic. In many ways, it is the ultimate prequel. It overflowed with hugely popular characters (female Jedi Knight Bastila Shan and Sith Lords Darth Revan and Darth Malak are fan-favorites) and historical foundations for current-day canon. Professional critics and gamers alike have ranked it as one of the best Star Wars games and an important entry in video game history. In these polarizing times, it is one of the rare Star Wars projects that is still unanimously embraced by the fandom.

At 2019’s April Star Wars Celebration, Lucasfilm President Kathleen Kennedy told MTV News, “Yes, we are developing something to look at,” when asked about KOTOR. “Right now, I have no idea where things might fall.” BuzzFeed News reported back in May that Laeta Kalogridis (Avatar, Shutter Island) had been tapped to write a film adaptation. More recently, FandomWire, which has a much less impressive track record of accuracy, reported that both a KOTOR movie and TV show are in development.

At some point, all this smoke has to lead to fire, right?

Such a move would give Lucasfilm a high-profile multimedia launching pad and fit with Hollywood’s recent trend of developing prequels for massively popular blockbuster franchises. Peter Jackson returned to Middle Earth with The Hobbit trilogy and now Amazon is spending $1 billion on a Lord of the Rings TV series set roughly 1,000 years before the movies. HBO has a handful of Game of Thrones spinoffs in varying stages of development, with the Targaryen-centric prequel House of the Dragon—set 300 years before the original show—debuting in 2022. Even Marvel is getting in on the action with the likes of Captain Marvel and Black Widow, and DC had Joker, one of the biggest films of 2019, of course, and Gotham, neither of which feature Batman.

Some sort of live-action version of Knights of the Old Republic would free Star Wars from the 60-year period that virtually every TV series and film in the franchise has zeroed in on. The beauty of Star Wars is that it stretches throughout the universe and spans tens of thousands of years. There is a deep well of history from which to draw. Unlike other comparable franchises that grow without expanding, Star Wars can veer along its Y axis to new rich material. So perhaps looking to the past is how Lucasfilm can capably plot the future of Star Wars. Maybe that starts with Knights of the Old Republic. 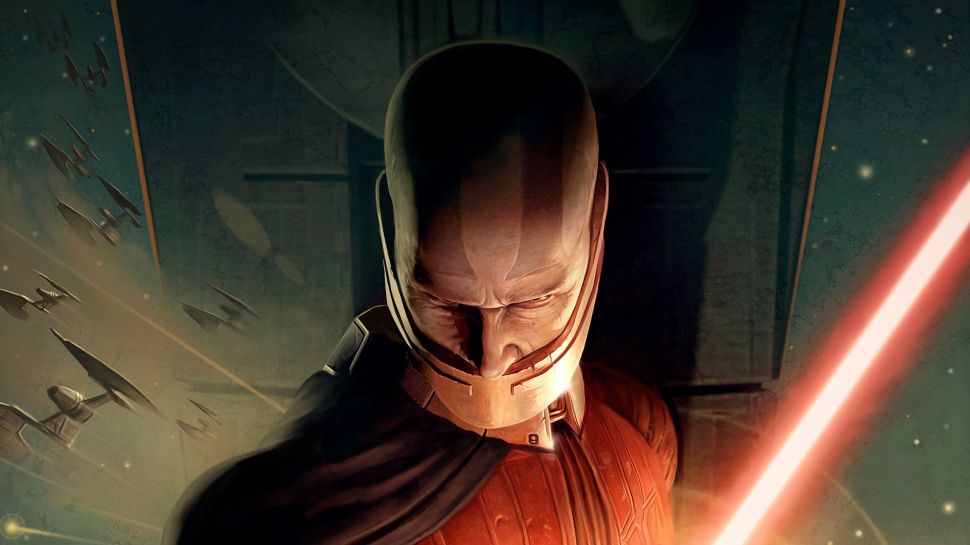