This year, the Super Bowl is taking place in Miami, a balmy beach paradise on the precipice of eventual ruin as climate change encroaches and global money pours in indiscriminately. Conceptually, the fact that Art Basel Miami Beach took place so recently, only to be followed by America’s most prominent sporting event, is quite interesting: it indicates that stadium crowds are now as normal for the art world as they are for football. With this in mind, the New York Times recently published a comprehensive rundown of which artists are helping to make the Super Bowl a reality in terms of ticket design, NFL-sponsored murals and sculptures, an intersection that proves that if you want big art gigs in 2020, you might have to step outside your comfort zone.

Dasic Fernandez, the Chilean muralist who created a gigantic digital mural for Miami’s Citigroup building, came up with a design that explodes with rainbow hues and features a diverse group of people crowded around an imposing Vince Lombardi trophy. Fernandez’s decidedly cheerful color palette can also be seen in the tropical blue Super Bowl game tickets designed by Tristan Eaton, and in the graffiti-inspired NFL murals made by artist Kelly Graval (better known as RISK).

There’s a synergy that flows through all these different creations, which is by design: all the separate artists were commissioned by Jessica Goldman Srebnick, a key member of the Super Bowl host committee and the chief executive of Goldman Properties. The result is that although all this art feels exuberant and full of life, there’s a strategic falseness to it; a uniform cheerfulness that aesthetically papers over the NFL’s many issues.

Couldn’t be more excited and honored to partake in this project (unless maybe The Saints we’re in the Super Bowl!) Thank you to the @NFL and the NFL creative team for an authentic embrace of the arts and for allowing us to share this extraordinary global platform of excellence. Thank you to @jessicagoldmansrebnick @petertunneyart @Tristaneaton @Riskrock @Dasicfernandez @Kelseymontagueart and @joeiurato Thank you to team @goldmanglobalarts for the hard work and endless hours that were put into this project. @rage_johnson @manuonthestreets @unkletroy – @monicamquinonez GAME ON! Link to the NYT story in my BIO. @miasbliv #superbowl2020 #superbowl #SBLIV #NFL #goldmanglobalarts #miami

Rihanna turned down the chance to perform in this year’s Super Bowl Halftime Show because of how the league has treated Colin Kaepernick, the former star 49ers quarterback who was blacklisted from the NFL after daring to peacefully protest against police brutality during games. That’s because she understands that participation is equivalent to endorsement, and she’s powerful enough to afford to endorse what she wishes.

The artists who created this year’s Super Bowl aesthetic shouldn’t be criticized for their participation, because the way the world is structured means that very few people have as much power to refuse things as Rihanna does. However, the sun-soaked blues and bright branding for this year’s Super Bowl ephemera shouldn’t be taken at face value: there’s always more to the story than meets the eye. 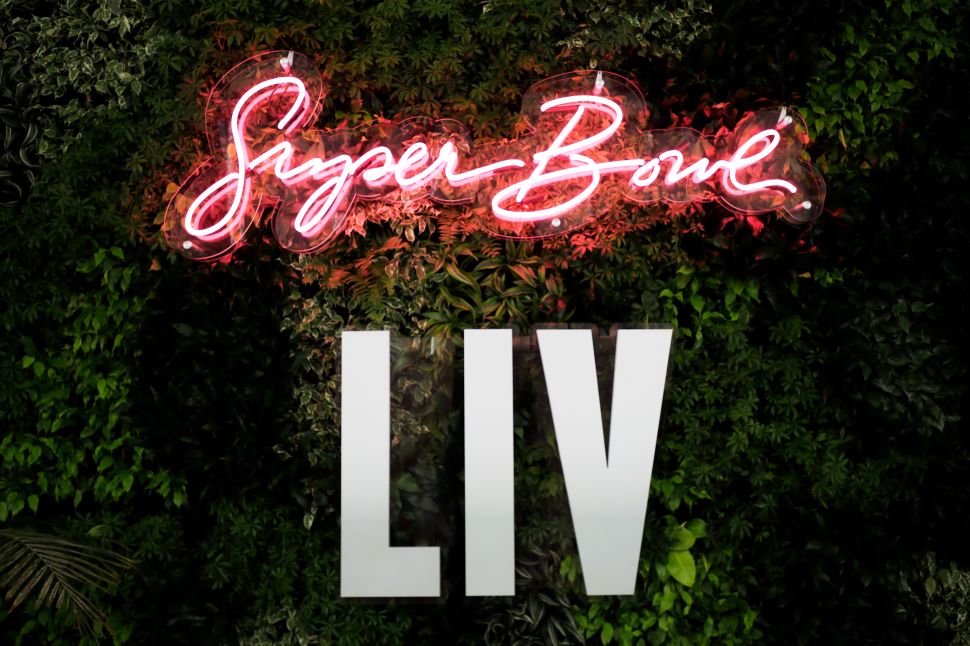