Just because a new decade is here, it doesn’t mean we can forget all about our beloved tech unicorns of the 2010s. From Uber and Lyft’s disappointing public debuts to WeWork’s implosion, it seemed 2019 was the year that Silicon Valley’s mythical startups began to lose their sparkle.

However, despite the reported “jitters created” among the investment community—with some firms even implementing a “no Unicorn policy” in 2020—it appears most investors aren’t ready to give up on their piece of the spiraling horn altogether. Albeit, they’re treading lightly when it comes to putting all of their eggs in the unicorn basket, following a wave of falling post-IPO stocks.

Greg Shepard, an angel investor and serial entrepreneur, told Observer that while investors may have initially sprung for the glamour and big returns promised by unicorns, some are now frustrated by the high risk these startups require. “Globally, the idea of unicorns has been modified by the increased competition from China and India,” Shepard explained. “Folks are realizing that easier-to-secure investment deals may lie in smaller, scrappier startups.”

“We’ll now be seeing investors looking for more mature leadership, profitability and real staying power, which have proven to be more attractive than a billion-dollar valuation,” Shepard said. At this point, it’s clear that one of the issues with unicorns is their over-inflated valuations, in which “founders are asking for 25 times what it should be,” Shepard went on to say. “There is a disconnect and a general conflict of interest in the venture capitalism community, which ends up pumping the value to prop it up higher as it snowballs.”

This high risk and little return, especially as we’ve seen from their lukewarm initial public offerings, is what has venture capitalists like Shepard focusing on traditional business factors like growth, margins and retention, he said.

Will Andereck, director of tech-focused investment bank Union Square Advisors, agrees, saying that while in recent years the private market’s focus has been on growth when setting unicorn valuations. “That strategy will likely see a shift in the coming years,” he explained.

“I don’t think people are automatically disenchanted with unicorns at this point,” said Ted Smith, Union Square Advisors’ co-founder and president, who noted that while there have been losers and winners, the founder-friendly governance of many unicorns has been hard for backers to wrap their heads around.

“There is no one-size-fits-all solution, as we’ve seen from the erosion of the past 20 years since the Dot Com bubble,” Smith said. “We’re going to find investors taking a step back.”

He also noted the size of the companies going public today in comparison to the late ’90s—when the likes of Amazon and Google were still valued “merely” in the millions—making the gamble on them much greater these days. Shepard agrees, saying that investing billions in early stage companies, à la SoftBank, is a fairly new phenomenon in the tech industry. The trend can be traced back to the Dot Bomb and has since resulted in an unsustainable ecosystem breeding unprofitable business ideas.

Nonetheless, Andereck told Observer that at the end of the day “every IPO is different.” And so going forward, “investors will be looking at them case by case,” pointing to the successful IPOs enterprise-focused startups have had in the past year.

Some of these cases, which have taken measures to grow in a sustainable way, did indeed find success after their 2019 IPOs. Take for example retail software provider Lightspeed, which went public last March as one of biggest IPOs on the Canadian exchange, with its shares increasing by 80% to date and even more growth anticipated for 2020, according to the company.

“Leading a tech company through a successful IPO on the Toronto Stock Exchange this year taught me you can’t rely solely on rapid growth to guarantee positive outcomes,” Lightspeed founder and CEO Dax Dasilva told Observer. “Too often, the breakneck pace of unicorn companies comes without the focus on doing the foundational things needed to scale, which in many cases may hurt the long term chance for sustained success.”

This goes to show that even unicorn founders have found the backlash to be a wake-up call for those in the coveted club. Up until going public, Lightspeed chose to not take any outside investments for the first seven years in business “in order to scale at a manageable pace,” said Dasilva. “It’s a path that worked very well for us.” Dasilva also pointed to the leadership-related scandals that the tech industry faced last year, which has undoubtedly impacted investors’ and the public’s perception.

“Because of this, integrity will need to be top of mind and play a key role in companies’ overall outlook in the new year,” he said. “Senior management will need to show they can operate their business in an ethical way to retain customer loyalty and prove that their growth can sustain in years to come. This will be a huge priority for us at Lightspeed as well, as we look to 2020.”

Similarly, Bill Magnuson, co-founder and CEO of Braze, a customer engagement platform that powers experiences between consumers and brands, says 2020 will see a “unicorn reckoning.”

“They’ll need to establish themselves as stable organizations with scalable foundations and predictable revenue growth,” Magnuson told Observer. “The past year has revealed that a number of late-stage unicorns were riding on inflated valuations and fuzzy business models.”

In the aftermath of these unicorn debacles, Magnuson believes we can expect to see the still-private startups focus on more substantial measurements of sustainable growth. For example, reaching a high annual revenue with a reasonable amount of outside funding, which the Braze team has managed to do. “We’ve been disciplined in our approach to building our business, keeping an eye on the long term by anticipating future customer needs,” he explained.

It seems unicorns won’t be flying back to their magical kingdom anytime soon, with the tech companies set to face a harsher investment climate in the coming decade. Stay tuned for that magical tale. 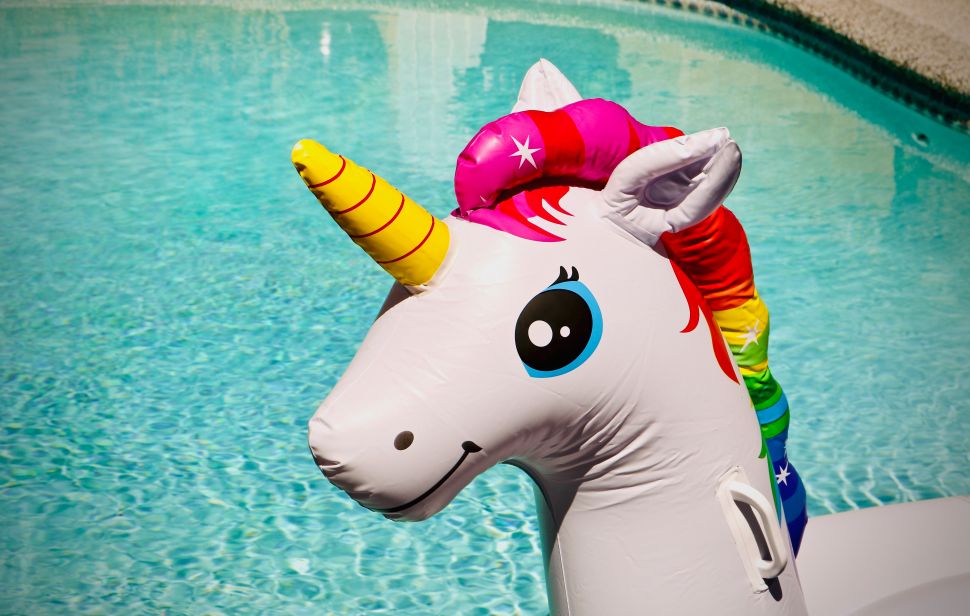