Yes. Finally. The exact sci-fi future I’ve been waiting for is here: Tesla cars will soon be able to speak to people. Do you know what that means? We are one step closer to having the TV show Knight Rider become a reality.

To backtrack, Knight Rider followed the adventures of Michael Knight, a crime fighter who used a technologically advanced, artificially intelligent automobile. Yes, we’re talking ’80s-style AI. The car came equipped with the voice of Knight Industries 2000 microprocessor (KITT for easy reference). Think of it like Siri—but with a more sardonic wit. And better yet, David Hasselhoff was KITT’s best friend.

OK, let’s jump back to present day. CEO Elon Musk has just announced that Tesla cars will soon be able to talk to pedestrians via external speakers.

Here’s what Musk teased on Twitter, a clip of a Model 3 expounding:

Teslas will soon talk to people if you want. This is real. pic.twitter.com/8AJdERX5qa

It could be real… or it could be a joke—because the car voice on the Twitter clip sounds a hell of a lot like Knight Rider’s KITT. But Musk said in his Tweet: “Teslas will soon talk to people if you want. This is real.”

Back in September, Tesla announced it would add a pedestrian warning system (PWS) to the Model 3 in order to comply with both U.S. and EU regulations that make it mandatory for ultra-silent EVs to add a warning sound at speeds under 18.6 mph. And now, Musk has indicated that these external speakers could be used for so much more. Plus, Musk is not too lofty for a fart joke.

And, of course, your car will be able to 💨 in their general direction

It’s cool that Musk wants his cars to talk, but it could also be problematic and annoying if this tech gets into the wrong hands. Going through life is hard enough, let alone adding “being heckled by automobiles” the equation. Would this lead to drive-by “Yo Mama” jokes?

Although Musk is currently just teasing this new feature in a Tweet, it’s not clear whether he intends to let the driver do the vocalization—or if the audio will be from a prerecorded library for the drive to choose from.

Ideally, Musk will take a nod from hotshot race car Lightning McQueen, from the Pixar movie Cars, and design his talking car complete with movable mouth on the frontend grill.

Two years ago, Tesla hired Andrej Karpathy to lead its artificial intelligence (AI) team. My hope is that Tesla cars of the future will have an AI voice, like KITT, that could spew out its own witticisms, at its own discretion, for us David Hasselhoffs of the world. 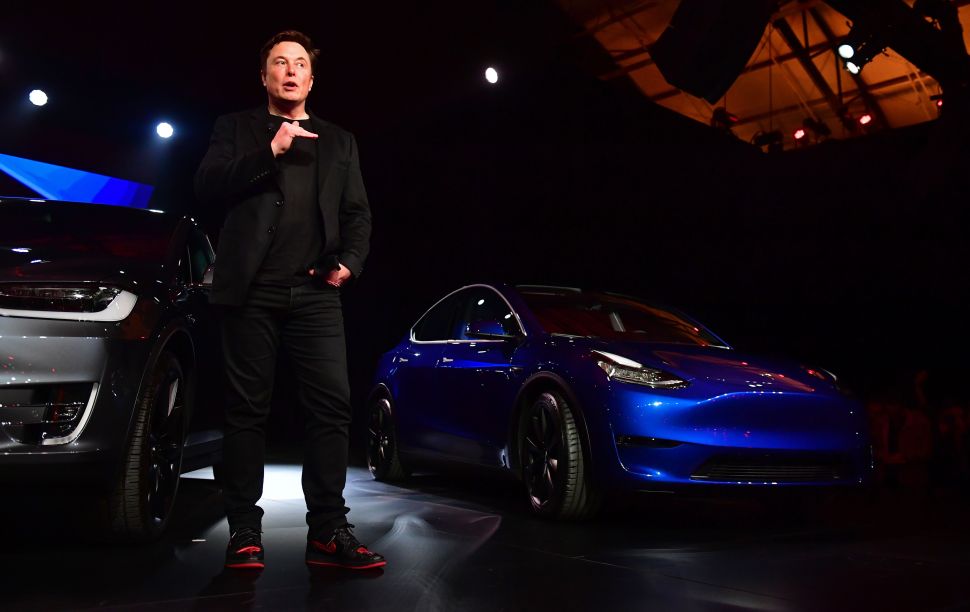