Bubble or not, the gravity-defying rally of Tesla stock has yet to show any sign of slowing down. After doubling in the last three months, the electric carmaker’s share price climbed further to reach $590 as of Wednesday morning, pushing its market cap past the $100 billion mark, officially making it the world’s second largest automaker by market value, second only to Japan’s Toyota Motor.

The Elon Musk-run company, despite delivering only 367,500 cars in 2019, is now more valuable than Germany’s largest automaker (and formerly the world’s second largest), Volkswagen AG, and America’s two largest automakers by sales volumes—General Motors and Ford—combined.

Tesla only needs to appreciate another 10% to be worth more than America’s “Big Three”—GM, Ford and Fiat-Chrysler—combined.

To keep up with the electrification trend and compete with Tesla in the EV sector, all of the auto giants mentioned above are investing heavily in building out their own electric vehicle efforts. In a keynote presentation earlier this month, Volkswagen chairman and CEO Herbert Diess vented his frustration over the company’s low market valuation in one of his slides that read, “Our company valuation is not where it should be!”

There’s no doubt that Tesla is living an overheated moment right now. The real question is, when will the bull run end?

“Near-term momentum and sentiment around the stock is admittedly very strong, but we ultimately question the sustainability of the momentum,” Morgan Stanley analyst Adam Jonas wrote in a note to clients last week after downgrading Tesla stock.

In an earlier commentary in December, Jonas wrote, “We are not bullish on Tesla longer term, especially as, over time, we believe Tesla could be perceived by the market more and more like a traditional auto OEM.”

To CEO Musk, Tesla crossing the $100 billion market cap threshold means that he could soon claim the first portion of his giant stock award bonus plan. According to the arrangement, Musk is eligible to receive the first paycheck worth approximately $350 million, if Tesla can sustain at a market value above $100 on average for a trailing six-month as well as a 30-day period. 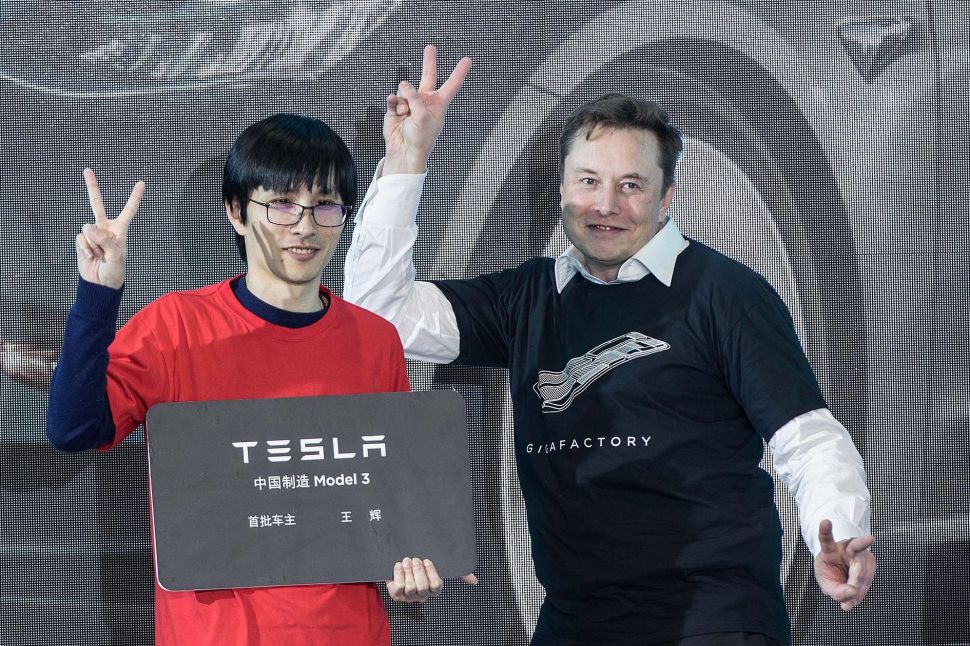