Thanks to strong delivery numbers in the third and fourth quarters of 2019, Tesla stock has been on fire lately, appreciating more than 100 percent in the last three months. And as shares continue to soar, Tesla CEO Elon Musk is closer to receiving the first portion of a gigantic pay package that the electric carmaker’s board approved in early 2018.

Under the compensation plan, Musk is eligible for a 10-year stock options program that could ultimately be worth $56 billion on the condition that he meets a set of lofty performance and operational goals, the most challenging of which is to grow Tesla’s market value to $650 billion by 2028 at a steady annual pace. Specifically, if Musk is able to grow Tesla’s market cap by at least $50 billion every 10 months, he will receive those promised stock options in 12 tranches.

That target seemed out of reach at the time Tesla’s board signed off the compensation plan, when the company was worth about $60 billion. It only became more unattainable in the ensuing months as Tesla shares declined due to investors’ bleak outlook on electric vehicle demand. By August 2019, its market worth had dropped to $40 billion.

But things look hopeful again. After share price hit a record high of $544 Tuesday morning, Tesla is now valued at $95 billion. It only needs to climb another six percent to cross the $100 billion mark and stay there for six months to trigger the vesting process of Musk’s award package.

His first tranche of stock options will be worth approximately $346 million, based on Tesla’s market value at $100 billion. If fully granted throughout 2028, Musk will be the highest-paid business executive in U.S. history.

Stock award is Musk’s main source of income as CEO of Tesla. He famously declines any cash bonus and only earns a small base salary under the minimum wage law in California, where Tesla is headquartered. 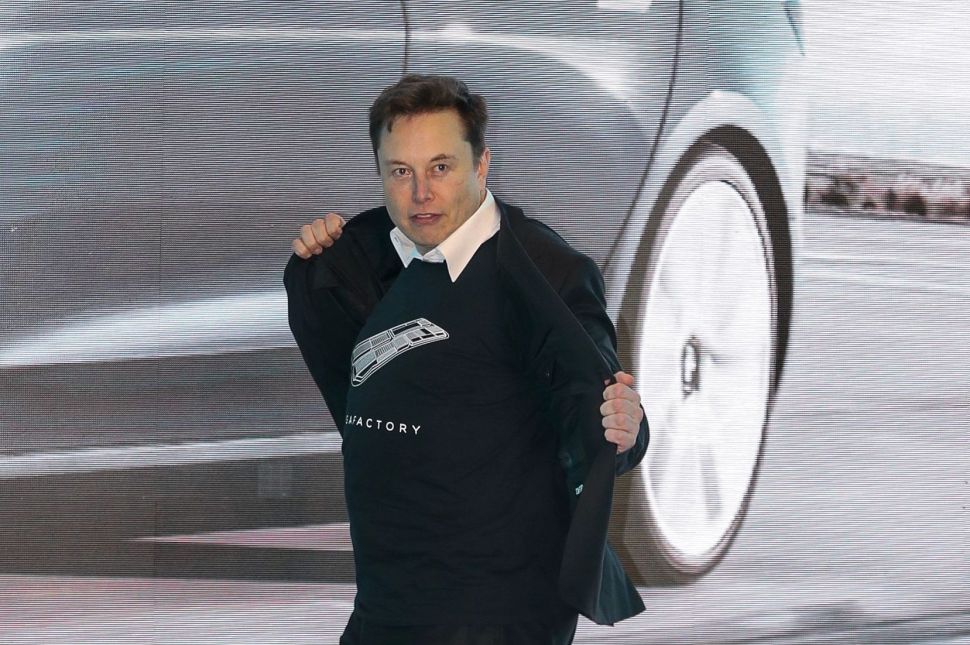