The night I saw The Rhythm Section in Hollywood, the Lakers and the Clippers had been scheduled to play each other a few miles downtown at the Staples Center. The game had been postponed following the death, two days earlier, of Lakers legend Kobe Bryant, his daughter Gianna and seven others in a helicopter crash in Calabasas, some 30 miles north of where we sat. Like the rest of the city, those of us in the audience had spent those days in a haze of grief and befuddlement, unsure how to process the news or even what we should be talking about when discussing Bryant, his legacy, and his tragic passing. It was a moment of shared agony the likes of which Los Angeles has only experienced a handful of times in its 170 years of existence.

So it felt oddly fitting to be watching The Rhythm Section, a film that plays like a sonata on grief—in the style of an absurdist action thriller.

Directed by Reed Morano, the cinematographer and Emmy Award-winning director of The Handmaid’s Tale pilot, the film tells the story of Stephanie (Blake Lively), a young woman who had been transformed by the death of her entire family in a plane crash from a promising Oxford student into a drug addict and prostitute turning tricks in London. Then, after discovering that the crash was the work of a terrorists, she transforms again (after a laughingly short training session with an intense former MI-6 operative played by Jude Law), into a woman of international intrigue and an assassin for hire—albeit one who is likely to break down crying while in the midst of slicing a mark’s throat.

Though the film plays next to nothing for laughs, the training sessions with Law, especially an extended scene where he attacks her while she’s in the middle of eating a bowl of oatmeal, unintentionally recall the random fisticuffs that breakout between Cato and Inspector Clouseau in the Pink Panther movies. He teaches her that achieving success in shooting and killing people isn’t much different than achieving it in yoga. It is all about controlling one’s breathing and heart rate: “the rhythm section” of the title. (This is one of those movies that keeps explaining the meaning of its name, just in case you weren’t paying attention the first couple of times.)

On the surface, it’s all a bit ridiculous. The more you think about it, it feels no more strained than the plot mechanics of more traditional, male-centric revenge movies starring the likes of Clint Eastwood and Liam Neeson. Unlike many of the other films of its ilk, The Rhythm Section never feels the need to move beyond Stephanie’s sadness and sense of loss. This is really a tragedy thriller more than it is a revenge thriller.

The way the film was shot by Morano and her British DP Sean Bobbitt (12 Years a Slave)—the heroine is often shown in close-up while her world swirls out of focus, dreamlike, around her—conveys how the world often feels following a tragedy. L.A. felt much the same the way as we walked into the theater that night.

Even the set pieces are informed by this uniquely dolorous energy. Morano stages a thrilling car chase through Tangiers where Stephanie smashes into things left and right, as if Mr. Bean and not Jason Bourne drove the car. It feels much the way the world does when you don’t have the internal strength to deal with it—coming at you too fast and too strong.

You lose any sense of time when you are in the tight grip of sadness, and so does the movie. Towards the end, Stephanie tangles with a bomb maker in the Middle East only to show up in the next scene for a meeting with an ex-CIA information broker (Sterling K. Brown) sporting the same scars and clothes, despite it taking place some 6,000 miles away in upstate New York. For movie logic, that doesn’t make a lot of sense; filtered through the emotional logic of life after great loss, it strangely resonates.

Not all of this works in the film’s favor. Its lack of internal rhythm, for example, results in some long sections that tend to drag. It can also be difficult to move past the absurdity of those early training sequences with Law, and the plot revolving around the identity of the secret operative who is the mastermind behind the bombing is less than involving, especially in a film with so few characters.

But Blake Lively is a compelling central force that grounds the film’s tornado of contrivances. Like the film she stars in, she uses sadness and loss not as something that needs to be repressed or pushed past, but embraced as a source of strength, even while it keeps her in a kind of stasis. As a result, this imperfect action thriller feels very much of the moment; for me, given the tragic loss of lives the weekend before, it even felt cathartic.

Sadness is all around us and it is not going anywhere, the film seems to say. Maybe it is time we should do something with it. 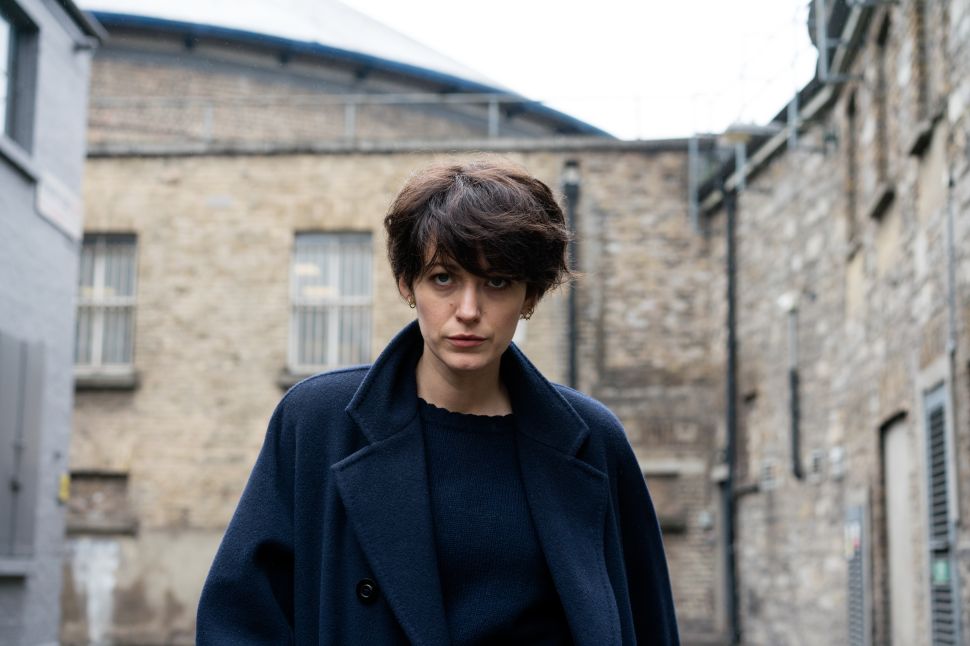