If you must insist on enduring a big waste of 88 minutes called The Sonata, don’t let the fact that it is one of the last films of recently deceased Dutch actor Rutger Hauer be the reason. He is hardly in it. Two scenes total. Not much of a legacy, if you ask me.

Playing a revered composer and renowned eccentric named Richard Marlowe, he pours gasoline over his body and burns to death in the film, leaving estranged daughter Rose (newcomer Freya Tingley), a promising violinist, with no money but the rights to his music and a creepy, isolated country house in France dating back to the 11th century. Arrogant, resentful and pretty eccentric herself, Rose travels to the remote French countryside to the crumbling old manse where she finds the key to a locked drawer containing her father’s final work, a violin sonata that could be major news for the world of classical music. But when Rose spends the night, an unexceptional narrative turns into a lurid ghost story with the house and grounds a setting for a cult of devil worshipers. The sonata is dotted with mysterious symbols that, when deciphered, illustrate the beliefs of a secret code capable of contacting and communicating with the anti-Christ. Reading the book that explains the symbols, Rose’s agent-manager develops blinding headaches, and when Rose herself begins to play the notes in the sonata, she sees visions of horror and depravity that make it impossible to get a good night’s sleep.

Ignoring the fact that nothing much is going on here, director Andrew Desmond plods along trying to make you believe otherwise. Local citizens in the village pub tell stories about how the composer used to spend days and nights in the haunted woods, and blame him for the disappearance of a neighboring boy. When Rose enters the woods to investigate, she comes upon a deserted vine-covered chapel with murals depicting monstrous acts of evil and an underground torture chamber containing a rusty old tape recorder that plays the screams of the missing child. Rose wants to call the police and destroy the music as a force of consummate evil, but her agent, obsessed with visions of his own fame and fortune, declares the sonata as a legacy that will change the future of classical music forever. But wait. There’s more. Forcing Rose to play the mournful dirge against her will, the greedy agent (grimly played by Simon Abkarian) unlocks the doors to Hell and Satan himself arrives in time for a violent and incoherent finale.

A number of questions await anyone who lasts the full 88 minutes. What just happened? Was the suicidal composer a lunatic devil worshiper who planned for his daughter to follow in his footsteps? Will anyone else ever hear the sonata of the damned? Does anyone care? 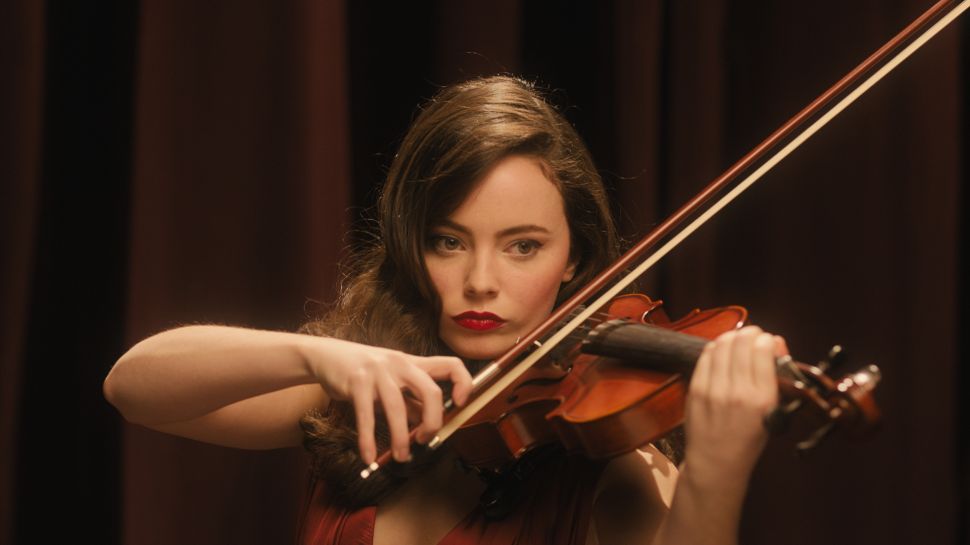