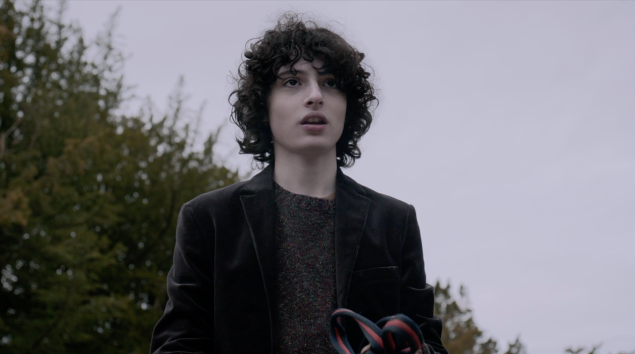 Finn Wolfhard in The Turning. Universal

The best thing about reviewing the new PG-13 horror movie The Turning is that you don’t have to worry about spoiling the ending because it doesn’t have one. It just, sort of, stops.

It’s an odd thing to fail to include, as most people who tell scary stories tend to fret over such things. What makes it even more peculiar is that the story has the added advantage of being based on the beloved Henry James Gothic novella The Turn of the Screw, which has a pitch-perfect and emotionally haunting conclusion. So even though the guys that wrote the screenplay were starting on third base, they still weren’t able to make it anywhere near home. (Notably, the movie poster declares that the film is “from the writers of The Conjuring” but doesn’t bother to mention that the dude who came up with Jude the Obscure also had something to do with it.)

SEE ALSO: Nic Cage Horror Film ‘Color Out of Space’ Has Flashy Visuals but Not Much Else

But then again, for that ending to work—as it did in a manner that strayed from the book when it was used in Jack Clayton’s 1961 masterpiece of an adaptation, The Innocents—a few things must be in place. For starters, you need sharply rendered characters, richly complicated relationships, and an involving plot. The Turning, directed by Floria Sigismondi (who wrote and directed 2010’s The Runaways), has none of those things. Like a redwood that has been felled, pulped and turned into pressboard bookshelves, the film has taken something potentially magnificent and created yet another profoundly generic product that is barely serviceable even to the least demanding among us.

It is not just Henry James that suffers during the transformation.

Mackenzie Davis, so singular, strong and hard to pin down in Halt and Catch Fire or last year’s unjustly overlooked Terminator: Dark Fate, is another casualty. As Kate, the story’s famously beleaguered governess who finds herself with a gig from hell (literally) tutoring a couple of pale and perhaps possessed moppets in a haunted estate house, Davis becomes just another trembling, dewy-eyed scream queen. (For reasons that never become clear, the movie is updated to the spring of 1994, a fact whose only relevance appears to be that the movie starts with a news report about Kurt Cobain’s suicide.)

And poor Finn Wolfhard. The Stranger Things actor is unable to find much to do with Miles, the seemingly psychotic teenage troublemaker who has been stripped of all color and shading. British actor Barbara Marten is all stern rebukes and Marty Feldman eyes as the disapproving housekeeper, Mrs. Grose.

Only The Florida Project‘s Brooklynn Prince makes it out of the proceedings unscathed. She brings a playful naturalism to the dark imp Flora. If she keeps it up, she’s this generation’s Margaret O’Brien.

By its nature, the story requires ambiguity, but beyond its open-ended (read: nonexistent) ending, this telling of it sandblasts anything of that nature out of existence. It takes baby steps towards social relevance by highlighting reasons why some women stay in abusive professional situations, a matter that is further complicated by the protective feelings Kate has towards the children. And the film brings in the specter of sexual abuse and even rape. But The Turning drops this examination almost as quickly as it brings it up.

Instead, it piles on the quick and sudden scares that are the coin of the realm for the Conjuring films and other mass-market horror movies. From crow caws to howling drafts to creaking floor boards, even the sound design feels canned, or in this case nicked from Disneyland Record’s old Chilling, Thrilling Sounds of the Haunted House LP.

Believe it or not, The Turning began life as a potential Steven Spielberg project, which if the script turned out anything like one we got here, would have been the cinematic equivalent of Jacques Pépin working at an Arby’s. (Instead the Saving Private Ryan maestro is listed as an executive producer.) This is a horror movie as processed cheese sauce—not even the most talented of directors could have come up with something unique or personally expressive given the limits of its intentions and subtlety.

But at least Spielberg would have insisted that the writers come up with some sort of an ending—or a beginning for that matter. Come to think of it, that didn’t make much sense either. 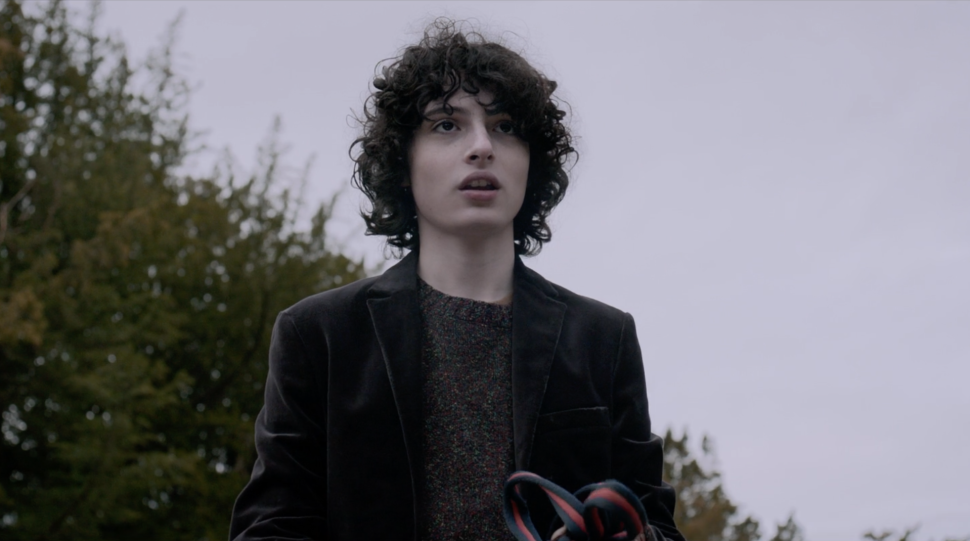