In the 1950s, primitive treatments for paranoid schizophrenia were restricted to brain-altering lobotomies, harsh drugs, punishing insulin comas and paralyzing electroshock therapy. In 1959, a progressive doctor arrived at Ypsilanti State Mental Hospital in Michigan with permission to begin constructive research and explore enlightening new methods of treatment which he believed would reform the old-fashioned approach to mental disorders in a more humane way. One year later, his position had been undermined and his beliefs were considered so controversial that he was subjected to a disciplinary trial that was nothing more than a witch hunt. The experiment went down in the annals of medicine as a failure, but in retrospect it revolutionized the treatment for mental illness forever. The tribulations and eventual triumphs of this heroic doctor, fictitiously named Dr. Peter Stone and played by Richard Gere, are catalogued in Three Christs.

Among the patients enduring the ignorance and cruelty of outmoded ’50s psychiatry, Dr. Stone discovered three case studies who all claimed to be Jesus Christ. Trying to help them overcome their delusions by isolating them from the general hospital population in a snake pit consisting of five overworked psychiatrists treating 4,100 patients naturally led to predictable snafus. The script, directed and co-written by Jon Avnet, carefully illustrates the patients’ personal challenges as well as their divisive differences, but the string of group therapy sessions between Dr. Stone and the three Christs that contrast their confrontations, form the film’s structure, and incite the skepticism of the hospital’s medical staff, eventually grow tedious. Unfortunately, the movie also lacks a sense of badly needed dramatic tension since you already know the experiment will fail from the first scene because the narrative is framed by Dr. Stone’s notes in preparation for a forthcoming disciplinary hearing.

The movie may be too understated and inert for its own good, but the actors are uniformly exemplary. Richard Gere is fine, even though his role is too stolidly written to be called mesmerizing. Peter Dinklage, Walton Goggins and Bradley Whitford, as the three Christs in psychological combat, provide creative contrasts. Charlotte Hope weaves in and out of the action as Dr. Stone’s research assistant who hides a history of mental disorders in her own family. Julianna Margulies, as Dr. Stone’s wife who drinks too much for reasons that are never explained, and the always reliable Jane Alexander, as an authority on mental health issues who quotes Emily Dickinson, are both wasted in small roles that serve no purpose. It’s a dull story that is still worth telling—but in a better film than Three Christs. 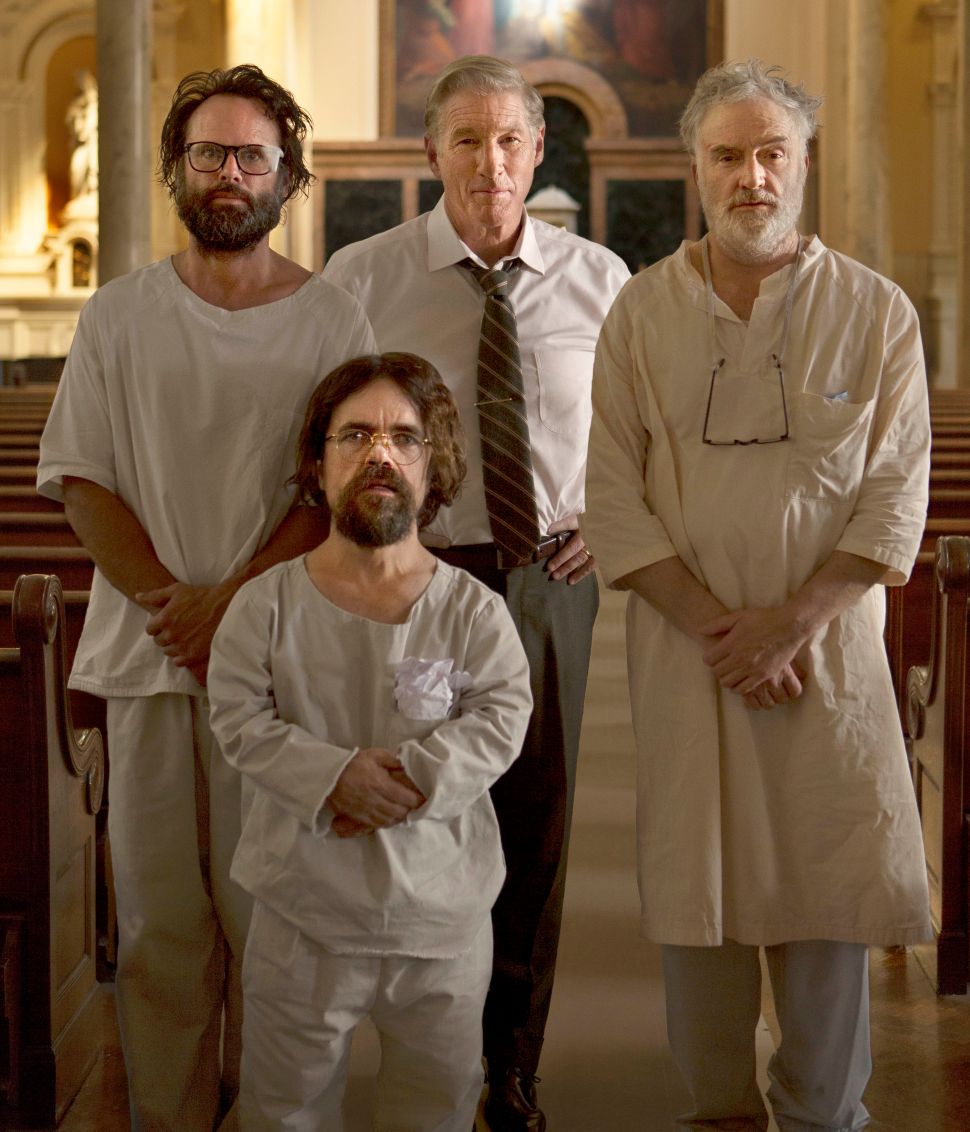