During my time at home during the winter holidays, between wrapping presents and complaining about the lack of potato chips at my dad’s house, I did what I can only assume millions, if not billions, of other late-20 somethings were also doing during this extended period spent with teenage family members: I asked my younger cousin to teach me a TikTok dance. Young cousins are notoriously great at TikTok, the rapidly growing short-form video app, and late 20-somethings are notoriously not, so I trusted that I was in competent hands. Young Cousin tried to teach me the viral “Renegade” dance, set to the K Camp song “Lottery (Renegade),” that I had seen cool teens doing on the app. But after 15 minutes of many complex arm movements, I got frustrated that I wasn’t already incredible at it and gave up. Young Cousin later informed me that it took her, in total, one hour to learn the dance. I decided then that despite my ample free time, I was not prepared to spend a whole hour on this endeavor. But my interest in the viral obsession with these simple dance moves didn’t end there.

Even if you’re not learning the dance, this short sequence of moves has become almost impossible to avoid. Instagram user @_.xoxlaii has been noted as the originator of the “Renegade” dance, but it wasn’t until 15-year-old Hype House resident (and probable Young Cousin to someone somewhere) Charli D’Amelio posted a video of the dance to TikTok in October 2019 that it went viral and completely took over social media. The dance is an intricate, but fragmented series of steps. It starts with hitting the woah (ask an 11-year-old what this is if you don’t know), then a hand clap, followed by making a figure eight with the right arm. The rest of the dance is 99 percent arm movements with one hip wiggle towards the end. It’s fast, but it’s also formulaic, simplistic, and it fits within the confines of an iPhone camera frame. Its most appealing quality is that anyone with an hour to spare, even your grandma, can learn it.

Choreography and techniques of dance have always been influenced by spatial and temporal limitations. For ballet, the confines of a stage instruct choreographic patterns that cater to the rows and tiers of seated audience members. Breakdancing was developed on the streets of New York City, where cardboard was used as a surface on which the technique was perfected. TikTok dancers are ruled by the necessity to fit their choreography within the restrictions of a one minute time frame if they want to appeal to the attention span of an average user. Most of the dances that have gained traction on TikTok fit into the same aesthetic description as “Renegade.” Dances, like the “Say So” dance or the “Obsessed” dance, are also almost entirely choreographed from the hips up and stay in one place. Feet—traditionally fairly integral to the notion of dance—have lost significance in this genre of choreography created by teens with access to only a stationary camera. Here, all movement is confined by the need to stay in front of an iPhone front-facing camera that is probably propped up by a stack of books on a bathroom or kitchen countertop.

Analyzing these dances from a critical standpoint may feel a bit like analyzing the Cha Cha Slide from a critical standpoint, but it nevertheless feels important for me—not only because all movement has a lineage, but also because, having given up on actually learning one of the dances, this is perhaps the next best way for me to grapple with the harsh reality that I’m no longer a young, cool teen. I asked Ant Boogie, choreographer and founder of the dance group The Amount Boyz, who also teaches hip hop at Broadway Dance Center, if the “Renegade” dance was good, in his expert opinion. “I like the beat,” he said, “I think the beat is what everyone attaches too. The dance itself is OK, and I’m saying that because I don’t want to sound negative. As a pro I consider this just fun or social dancing.”

When Ant Boogie choreographs, it starts with a song. “I like to freestyle to a song and over time I grab pieces that I like and I remember them and place them into an order that I would like to teach in,” he explains. Similarly, on TikTok, the song is key. The pressure of virality on TikTok means that a poppy, hip-hoppy song with a catchy and memorable hook is an absolute necessity. In terms of movement, putting TikTok dances into the category of social dancing, as Ant Boogie suggests, means that the steps have to be easy to map out, so that imitation, and therefore virality, is encouraged. As a result, the choreography is less about innovative patterns and more about comprehensiveness.

These dances are fun to learn (unless you get frustrated after 15 minutes) and they’re definitely social, an activity you can do with your young cousin at Christmas, or with Shaq if he’s your dad. To know the dances also provides one with a certain amount of social currency. In the late 18th century, those of the societal elite felt it was necessary to take dance lessons and master complex steps, like the minuet, to avoid seeming unrefined at assemblies and balls. In 2020, knowing how to “Renegade” is part of building your online clout. But when asked if the choreography would make the cut in the real world of performance dance, Ant Boogie earnestly suggests, “I think these are for the phones and should stay in the phones. Tech is tech and life is life.” That being said, even if dances like “Renegade”, never make it to a stage, it feels as though they have already made it out of the phone into the parties of weddings and bat mitzvahs, joining the ranks of The Hustle and the Electric Slide.

It feels important to note that, as with many social and viral dances of recent years, there is a certain level of appropriation that inevitably occurs (like seeing “The Dougie” danced by your Aunt Linda at her 60th birthday party). Specifically with TikTok dances, the movements have roots in hip hop and often use songs by black artists. The dances, however, are overwhelmingly being popularized by white teenage girls who are dominating the app’s For You Page. The Hype House, a mansion where creators like Charli D’Amelio and Chase Hudson (@lilhuddy) reside and create the videos that launch many of the app’s dances to viral success, is comprised of white creators. Some users on the app, like @larry2icy and @kkennzii, have called out how difficult it is for black and non-white creators to get recognition on the platform. Creator @sofiawylie is one of the few dancers of color getting the same kind of views and attention as her white counterparts.

Lizzo and her crew recently did the “Renegade” dance and posted it to TikTok and Instagram. It made me want to try longer than 15 minutes to learn it. She looks like she’s having fun, and I can imagine the fun they had learning it together. It may be safe to say that TikTok dances lack artistry, but there’s no denying their universality—and it’s the latter, not the former, that’s always been the platform’s aim. The urge to be in the know, to be part of the entire world knowing the same choreography, is ultimate pull of the TikTok dance. And there’s nothing wrong with that—hey, even Laura Dern is not immune. 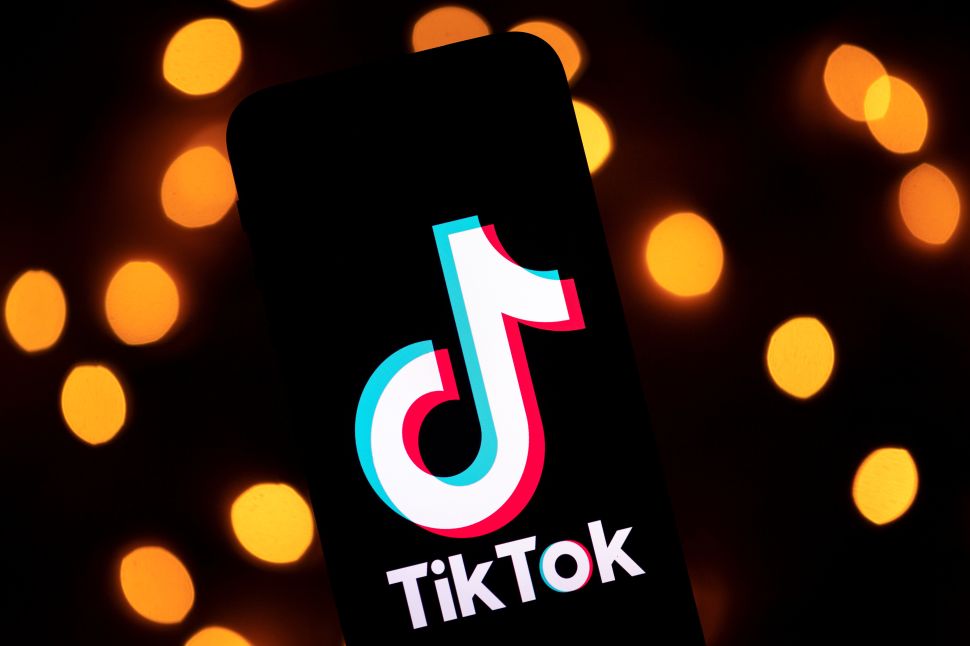