On Wednesday, Transportation Secretary Elaine Chao announced a new set of guidelines regarding autonomous vehicles at CES 2020 in Las Vegas, sending a message that Washington is prepared for a future in which cars drive themselves on highways and drones are flied by remote pilots.

The new guidelines—known as Automated Vehicles 4.0, or simply AV 4.0—say the U.S. government will “promote voluntary consensus standards” among autonomous vehicle developers. Without offering details, Chao said the guidelines aim to provide a streamlined system of federal oversight that would “unify AV efforts across 38 federal departments, independent agencies, commissions and executive offices of the president.”

“Safety is always No. 1 at the U.S. Department of Transportation (DOT),” Chao told a room of CES attendees, adding that the DOT is also committed to “remaining technology neutral” and protecting American innovation and creativity.

Using drones as an example, Chao highlighted the fact that there are more than 1.5 million drones flying in the U.S. and 160,000 remote pilots registered with the Federal Aviation Administration, which were nonexistent jobs just a few years ago. In response to the rapid adoption of these flying robots, the DOT has proposed rules requiring remote identification of drones weighing more than half a pound.

“Recent news reports out of Colorado and Nebraska of mystery drones flying in formations at night is a timely illustration of why remote IDs are needed,” Chao said.

The DOT has been issuing autonomous vehicle guidelines on an annual basis since 2016. The latest set is the fourth version. These guidelines place a strong emphasis on “safety” and “voluntary guidance” from the private sector.

“It recognizes the value of private sector leadership in AV research, development and integration,” Chao said of the AV 4.0. “The goals are simple, clear and consistent: Improve safety, security and quality of life for all Americans.”

The guidelines will be published in the Federal Register, followed by a public comment period that extends through March. 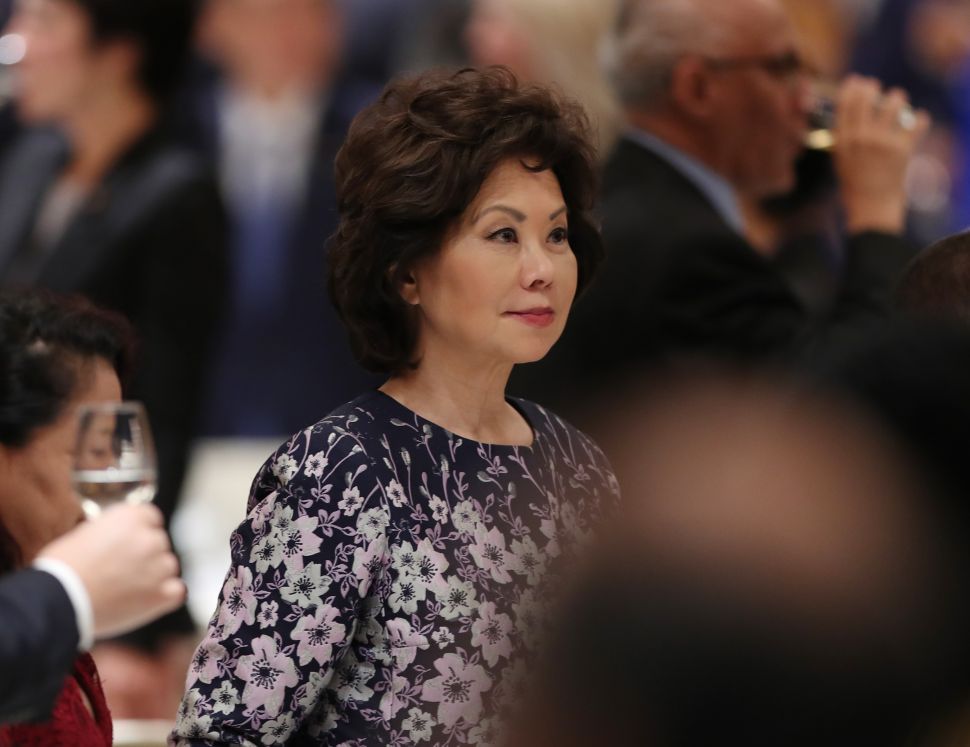