January is traditionally the garbage dump for bad movies that were considered too loopy and uncommercial or judged artistic failures unworthy of release before the end of the previous year. So far, 2020 is turning out to be no exception. For unimpeachable proof of the new year’s roundup of head-scratching bombs, put the dismal adventure epic Underwater at the top of the list. Then triple the postponed agony, since it was made three years ago and nobody knew what to do with it until now. The only reason I wanted to see it at all is Kristen Stewart, but she is so wasted that she should have stayed in bed.

SEE ALSO: Nothing Saves ‘Inherit the Viper’ From Its Lackluster Take on the Opioid Crisis

A wet subterranean drilling well that may or may not be a spaceship explodes, stranding unexplained survivors in astronaut uniforms fighting for their lives on the ocean floor. Led by Kristen Stewart, as a technical engineer named Norah, and Vincent Cassel, known only as “The Commander”, the few members of the crew who have not been burned and blown to hamburger, conclude that the only way to come out of it alive is to walk miles across the bottom of the sea to another futuristic outpost called Roebuck Station (a cautionary destination, to be sure, considering what has happened to Sears). On the way, they are set upon by slimy, flesh-eating underwater monsters like the upchuck in Alien, a sci-fi classic this movie tries desperately, in scene after scene, to imitate. Unfortunately, director William Eubank is not up to the task, although the movie is so dark you seldom know where the actors are, what they’re doing, or where they’re going (which makes for some very tedious viewing indeed).

Incoherent and blasted to deafening cacophony by a horrible musical score that renders the already incomprehensible technological dialogue undecipherable, there is nothing to keep it going but noise, including the fearless Kristen Stewart. After her triumphant performance as the doomed Jean Seberg in last year’s sadly underrated Seberg, I remain convinced she is one of the screen’s most viable contemporary actors, even when she’s covered with cuts and bruises, and forced to fight off an army of screeching, bloodthirsty aliens in her underwear. A 1955 potboiler, also called Underwater!, directed by John Sturges and starring Jane Russell in a bathing suit, was far superior. “When you’re underwater for months at a time,” says Kristen Stewart, “you lose all sense of day and night.” Same goes for sitting through an empty-headed movie as dismal as Underwater. 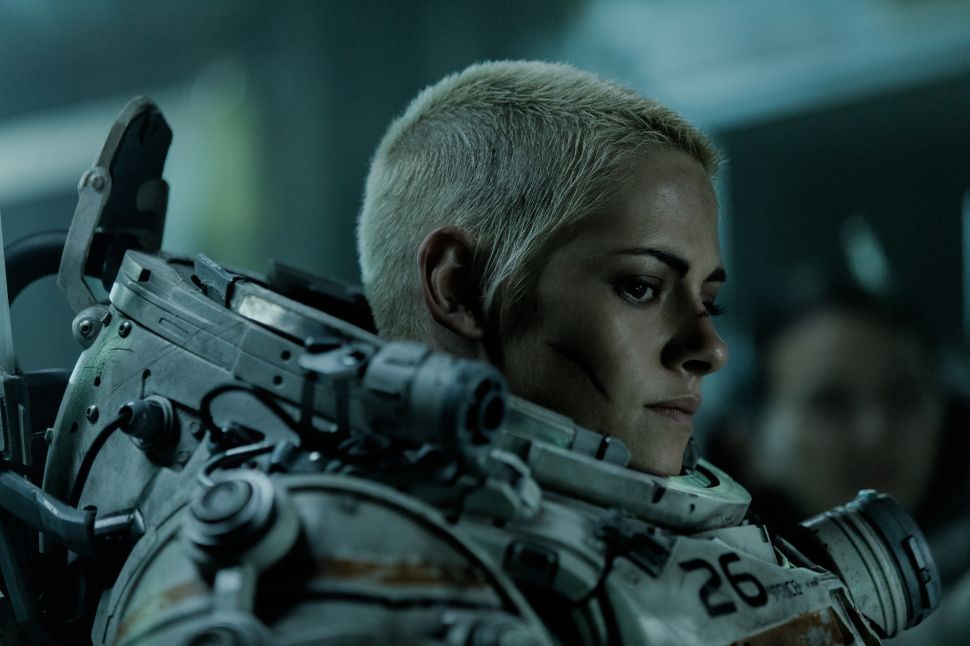