Game of Thrones is over, traditional linear television is dying, and direct-to-consumer business is booming. The future of the small screen is online and the next culture-capturing hit series will most likely land on a streaming platform. As we continue into this new year, let’s take a look at the most ambitious swings each major streaming service has planned for 2020. Chances are, your next binge watch could come from this list.

As the self-appointed one-stop-shop for all audiences, Netflix has the widest array of high-profile offerings arriving in 2020. Its $15 billion-plus annual content budget can fund a lot of worthy contenders.

SEE ALSO: 3 Ways the Entertainment Industry Will Change for Better or Worse in 2020

The upcoming new miniseries The Stranger adapts popular author Harlan Coben’s novel of the same name for a tasty suburban drama. February’s Locke & Key taps into the supernatural with a group of siblings that find themselves in the middle of a spiritual haunting. Oscar-winner Octavia Spencer will star alongside Tiffany Haddish and Carmen Ejogo in Self Made: Inspired by the Life of Madam C.J. Walker which follows America’s first self-made female millionaire, in a talent-rich new miniseries.

But after signing creator Ryan Murphy (American Horror Story) to a massive $300 million deal and watching his first Netflix entry, The Politican, fail to move the needle, the streamer is likely hoping for big things from Ratched. The prequel series, starring Murphy muse Sarah Paulson, explores the younger years of the infamous nurse from One Flew Over the Cuckoo’s Nest. Netflix needs a buzzy breakout from their expensive signing.

Elsewhere, creator Greg Daniels (The Office, Parks and Recreation) has Steve Carell starring in a new sci-fi sitcom Space Force. Given Daniels’ track record, the workplace comedy is one to watch.

The Mandalorian ended 2019 on a strong note for Disney’s new streaming service as a true blue flagship series with significant global demand. But fans have a long wait until Season 2 arrives later this year and will need to be satiated with further blockbuster action.

Disney+ is said to be spending up to $25 million per episode on its upcoming Marvel miniseries, a mind-boggling total when you consider that it’s planning for six-episode seasons. Two that will launch in 2020 are WandaVision and The Falcon and the Winter Soldier.

The former will revolve around, who else, Wanda Maximoff (Elizabeth Olsen) and Vision (Paul Bettany) from the Marvel Cinematic Universe. Taking place after Avengers: Endgame, the series is shrouded in mystery but is rumored to explore Wanda’s anguish over the death of Vision as she uses her powers to create an alternate reality that resembles a 1950s sitcom. This marks an ambitious departure from the MCU’s normal tone and style. Importantly, it will lead directly into the 2021 film Doctor Strange in the Multiverse of Madness, cementing its importance to the greater MCU.

The Falcon and the Winter Soldier will see Sam Wilson (Anthony Mackie) and Bucky Barnes (Sebastian Stan) deal with the aftermath of Avengers: Endgame as the former grows into his role as the new Captain America.

Sorry folks, Amazon’s $1 billion Lord of the Rings series won’t debut until 2021. But, that doesn’t mean the service is bereft of blockbuster swings. Chief among them is Hunters, the Nazi-hunting series set in the 1970s and executive produced by Jordan Peele. Thanks to Get Out and Us, Peele has become a brand unto himself capable of attracting audiences with name power alone. Recruiting Al Pacino to headline Hunters won’t hurt either.

Elsewhere, Amazon is still developing expensive sci-fi and fantasy concepts such as Utopia, Tales From the Loop and The Wheel of Time, the latter two come from beloved books of the same name. Big budget, genre-driven series always carry broad appeal potential.

In terms of more straightforward dramas, Amazon also has the Javier Bardem-led miniseries Cortés and Reese Witherspoon’s Daisy Jones & The Six on the docket. Under studio head Jennifer Salke, Amazon is beefing up production to better compete with Netflix.

In all seriousness, the return of Sir Patrick Stewart as beloved Star Trek: The Next Generation captain Jean-Luc Picard is a big deal. It’s like Sean Connery returning for one last adventure as James Bond. (No matter how you felt about Never Say Never Again, it brought in $160 million in 1983.)

The streamer has already successfully revived the Star Trek franchise on the small screen with the energetic Discovery and could further build out a shared cinematic universe now that Paramount and All Access are both under the ViacomCBS banner.

WarnerMedia is spending billions of dollars to pivot towards direct-to-consumer business and betting big on HBO Max as the future of entertainment. Leading the way for their content push will be Patrick Somerville’s (Maniac, The Leftovers) Station Eleven, an introspective end-of-the-world tale that toggles in time before, during and after an epidemic wipes out most of the population.

Dune: The Sisterhood will be a spinoff of Denis Villeneuve’s upcoming Dune blockbuster; if the latter is a success, the former should get some love. No list would be complete without some superhero content, and the uber-prolific Greg Berlanti is developing a Green Lantern series for the platform.

HBO Max will launch in May with 10,000 hours of programming. WarnerMedia has the requisite war chest of enticing intellectual property to make some noise in the streaming wars.

To date, Hulu loses around $1 billion per year yet has racked up around 30 million subscribers and a decent enough library of exclusive and licensed content. But with Disney assuming full control of the streamer, Hulu is getting far more ambitious. FX on Hulu, a hub for the crown jewel of basic cable, is the newly branded path forward. All of FX’s content will eventually make its way to Hulu, including exclusive originals that are moving from linear to streaming.

Chief among them is Devs, which will follow a computer engineer as she investigates the secretive development division in her company which she believes is behind the disappearance of her boyfriend. The series comes from auteur Alex Garland, whose Ex Machina and Annihilation represent some of the most fully realized, harrowing and beautiful sci-fi films of the last 20 years.

Apple TV+ is spending $6 billion on content in its first year, yet its current library has been met with mixed critical reactions. Though some of the series show potential, none have managed to cut through the clutter beyond the echo chambers of Film Twitter.

With more than 1 billion active worldwide Apple devices and a free one-year subscription given to new product purchasers, Apple boasts the greatest potential market penetration of any streamer. But here’s the thing: you can’t reverse-engineer an Emmy winner.

The hope is that Steven Spielberg’s costly sci-fi anthology Amazing Stories reboot can breakout as the next Black Mirror while Chris Evans’ Defending Jacob and J.J. Abrams’ Lisey’s Story can serve as somewhat more traditional, though nonetheless flashy, dramas. Apple TV+ is going all in on the star-driven model.

NBCUniversal’s forthcoming streamer Peacock, launching in spring, is one of the industry’s biggest question marks. Market experts are split on its prospects as, much like a Tinder date, it carries both significant pros and cons. In addition to reclaiming The Office from Netflix in 2021, Peacock will be relying on a handful of splashy originals to generate sign-ups.

Creator Sam Esmail has dazzled (and, admittedly, frustrated at times) with Mr. Robot and Homecoming, so his Battlestar Galactica reboot for Peacock will be one to follow. Demi Moore and Alden Ehrenreich will headline an adaptation of Brave New World, Aldous Huxley’s seminal dystopian novel.

The service will also draw from Universal Pictures, DreamWorks Animation and Illumination while boasting a tong of library content on the backend. 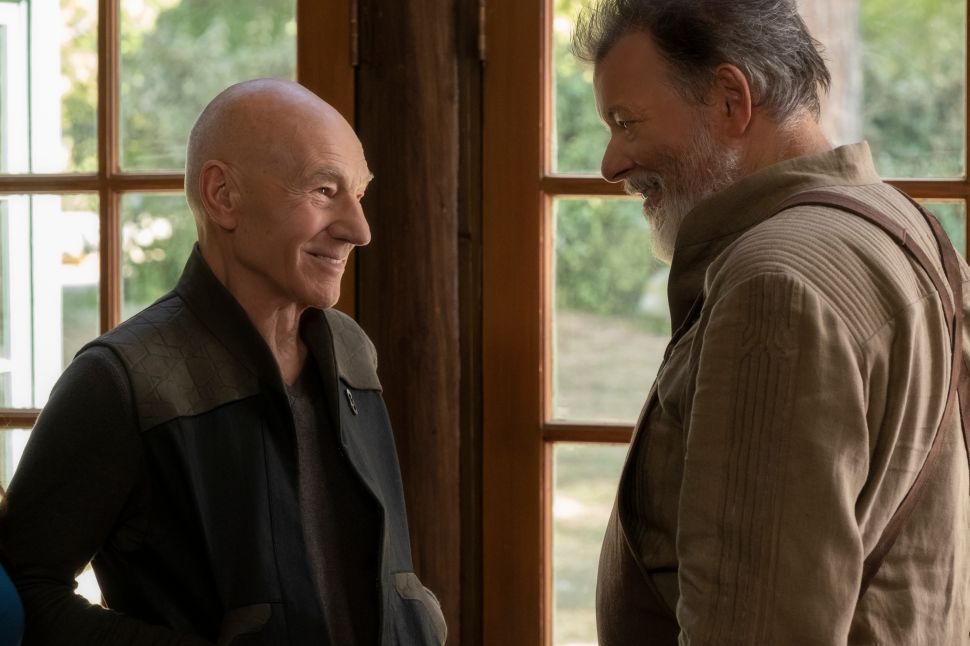