You’ve probably heard of the “January Blues,” a phenomenon associated with Seasonal Affective Disorder (SAD) and post-holiday depression. The question is whether such a melancholy time for people will impact shopping and spending habits, and possibly lead to a recession for the U.S. economy.

A look through history confirms that January is not the best month for the U.S. economy. Data shows that the first month is also first in the number of historic recessions which have occurred since the National Bureau of Economic Research (NBER) started tracking them. Will January of 2020 be any different, or will the economy perform well enough to avoid a seasonal downturn?

The “January Blues” is something people really do feel after the Christmas holidays. According to the UK’s Sun, SAD is linked to a number of factors, including “the weather, debt level (specifically, the difference between debt and our ability to pay), the amount of time since Christmas, time since failing our New Year’s resolutions, low motivational levels.”

The days are far shorter, and there’s less light to keep us feeling more active. Lethargy sets in, and we feel bad that we’re not keeping pace with what we should be doing. A feeling of hopelessness sets in. Bad weather may make you want to stay indoors more, rather than brave the cold, wind and snow, leading to more sick days, less errands and diminished shopping.

During the holidays, we meet up with family at get-togethers and friends at parties. Perhaps there’s travel involved, further evidence of spending activity. There’s an excitement in the planning and purchasing of gifts in December, which doesn’t follow through into January. Guests are gone, and things seem quieter. The bills become due for those purchases, so there’s perhaps a desire to retrench and cut back, which could push down consumer spending a little further.

There’s also the issue of your physical health, according to Business Insider. Eating and drinking more than usual in December may make you more sluggish in January. If you set out a tough New Year’s resolution (like cutting back on the fun), you’re likely to be doubly disappointed if you can’t keep it off, or keep it up, furthering the sense of sadness that contributes to less activity.

It’s not just psychology, biology and sociology that can offer explanations for the January Blues. Economic history and political science also have something to say about why the first month can lead to economic calamity. 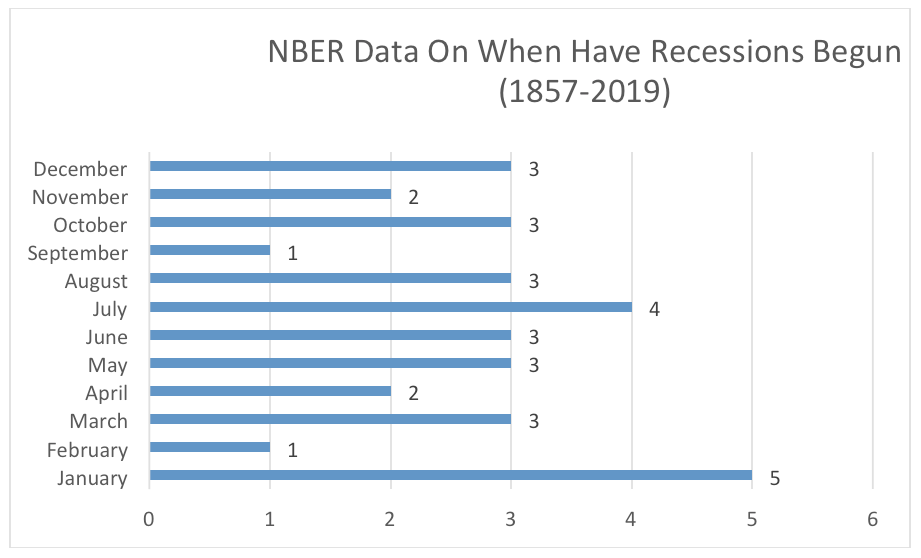 Lessons From Past January Recessions

Of the five U.S. recessions in January, the Panic of 1893 was the worst. Though some claim it started in May, the slump began at the beginning of the year according to the NBER. That’s when Reading Railroad (yes, that one from Monopoly) went into receivership. Before it was all over, hundreds of banks and tens of thousands of businesses collapsed. Europeans tried to pull out all of their investments in the United States, but to no avail as the recession surged across the Atlantic Ocean. Unemployment nearly reached 20%, and poverty was widespread. Thousands of worker strikes (like the Pullman Strike) paralyzed the country. So many farms foreclosed that it helped launched the agrarian “Populist Party,” which captured the Democratic Party.

Are there any lessons? According to Northwestern University’s School of Law, “As with many former and subsequent financial crises, there were international roots and ramifications. The United States tariff policy played a role, as did the political stalemate over taxes,” and crippling debates over the gold standard. Newly elected President Grover Cleveland did little, thinking the recession would soon be over and the business cycle would return. But the respite did not last long, and the brief upturn at the end of 1894 was followed by continued economic troubles that persisted into 1897.

Americans may be more familiar with this case. Though the recession only technically lasted six months, it contributed to President Jimmy Carter’s defeat, and the loss of the U.S. Senate by the Democratic Party, an institution they had held for decades. It was caused by an attempt of the Federal Reserve and its chairman Paul Volcker to halt the rising inflation, tightening the money supply, according to the University of California Berkeley’s regional oral history office.

Again, there was an international dimension. The Iranian Revolution, the taking of hostages, Russia’s continued invasion of Afghanistan and similar Middle East trouble in the Persian Gulf made businesses nervous. A brief recovery ensued, but President Ronald Reagan’s first two years in office were troubling, as unemployment creeped up to double-digits and his party suffered hits in the 1982 midterm election. Whether it was earlier tax cuts, military spending or Volcker’s policies eventually bearing fruit, the economy did much better throughout the rest of the 1980s.

What Can We Do to Dodge the January Blues?

The first solution might be an individual one. Recognizing people’s inclinations to suffer Seasonal Affective Disorder (SAD), businesses and politicians may consider ways to get people moving again, with winter-time activities, support of positive New Year’s Resolutions and boosting social capital, a community-based approach that’s associated with a stronger free market. People down in the economic dumps need a community rally to avoid the behavior that can lead to an economic downturn.

As the Panic of 1893 demonstrated, the battle over taxes on trade and a lack of international cooperation only spread the recession. The 1980 recession showed that concerns over the Middle East in general and Iran in particular may have made businesses panicky about the future. Perhaps policies designed to reduce international economic tensions, and political ones in the Persian Gulf, could ease financial concerns over the future.

The political consequences of ignoring history and human behavior are clear. The January recessions of 1893, 1910-1912, 1920 and 1980 all contributed to a change in the White House, leading to landslide victories for the opposition party. Only the January 1913-1914 recession did not, though President Woodrow Wilson experienced it early in his term, and he squeaked by in his reelection bid. Presidents should take such early year recessions seriously and not be caught facing the “January Blues” during someone else’s inauguration the next year. 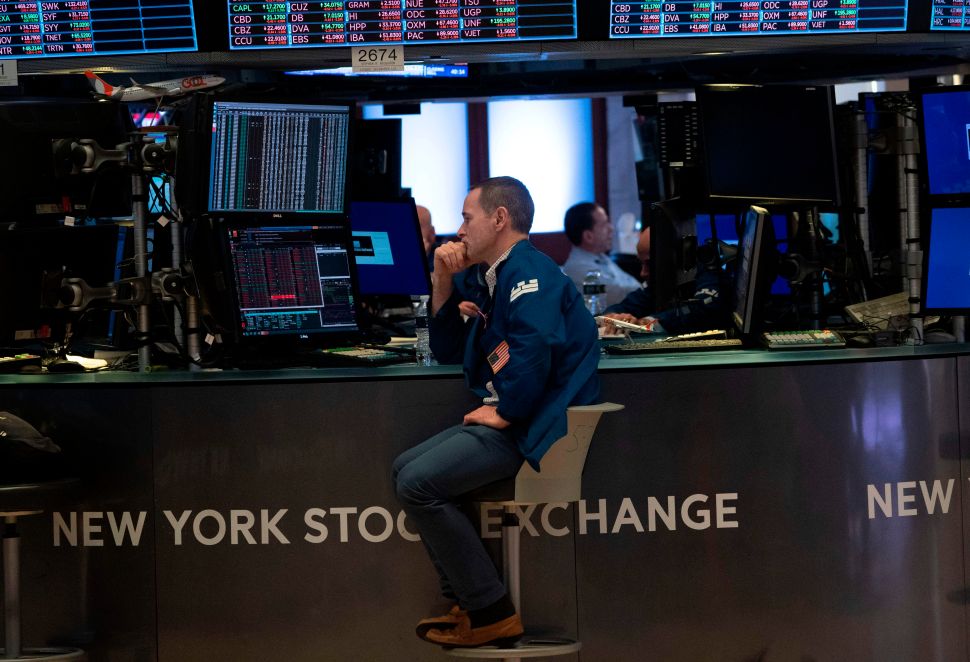