The United States might have avoided a recession in 2019, but how is America’s economy doing in comparison to other countries? Is the value of the U.S. economy better, and how strong is America’s growth rate? Are China, India, Japan and European countries poised to pass the U.S. in 2020? And what can explain the economic position that America currently finds itself in?

Is America’s Economy the Best in the World?

Since the end of World War II, the United States has had the strongest economy in the world. But is that still the case? According to Caleb Silver with Investopedia, America controls the top spot in the ranking of Gross Domestic Product (GDP) or the sum value of goods and services in a country. In second place, you’ll find China, then Japan, Germany and India. Rounding out the top 10 are the United Kingdom, France, Italy, Brazil and Canada. Russia and South Korea just miss out on a ranking in the top 10.

That economic status, based on a country’s GDP (determined by the IMF’s World Economic Outlook Database), is important for a country’s position in the world. “This analysis reveals these economies are the engine of growth, commanding a majority of the global wealth,” Silver wrote. “The nominal GDP of the top 10 economies adds up to about 66% of the world’s economy… the top 20 economies contribute almost 79%.” The rest of the countries of the world, nearly 175 in number, make up the rest of world’s economic power, barely 20%.

Will the United States Remain Number One?

For the past several years, there have been plenty of reports that contend that China has surpassed, or is poised to pass, the United States for the top stop. How close is the dragon from flying past the eagle?

Emma London writing for CEOWorld Magazine has some thoughts on that. From 2003 through 2018, the United States held the top spot in world rankings, and London finds that we’ll probably keep the distinction of having the strongest economy in 2023 and 2028. But by 2033, China will likely overtake the United States as having the biggest market in the world.

That may scare Americans, but I remember a projection based on GDP growth rates that had China surpassing America in 2007 or 2008. And America isn’t the only country that needs to look over its shoulder. Japan, which had held the second spot until bumped down a notch by China, is likely to fall to fourth by 2033, as India (currently seventh) could likely jump ahead of Germany, the United Kingdom and France, according to the CEOWorld Magazine rankings.

China may surpass the United States in overall GDP by the 2030s, but it’s a different story when it comes to GDP per capita. What happens when you divide the economy by a country’s population?

In research from Statistics Times, based on International Monetary Fund (IMF) data, China finds itself in 70th place worldwide for GDP per capita, at $10,099. China is far behind America at $65,112. For that matter, China trails Malaysia, Mexico and even Romania, Costa Rica and Chile. Russia, at 66th, isn’t much better, with both military titans below the world average for GDP per capita.

But the United States does not occupy the top spot for GDP per capita, either. In 2019, the IMF ranked Luxembourg first, followed by Switzerland, Norway, Ireland, Qatar and Iceland (along with Macao, if you count that area), then the U.S. Over the next five years, the U.S. is expected to rise a notch, but only because Iceland is expected to decline. Singapore and Denmark will be close to catching America. When it comes to purchasing power parity, the U.S. drops out of the top 10 rankings, going down to 11th best in the world.

How Strong Is America’s Growth Rate?

But there’s a reason why the United States’ ranking is so low when it comes to growth rates. First of all, other countries have had so much more room to grow, having experienced war, poverty or both in the recent past. The top 10 growing economies are Dominica, South Sudan, Rwanda, Bangladesh, the Ivory Coast, Ghana, Ethiopia, Nepal, Cambodia and Mauritania. Many of these countries had civil wars, natural disasters and other reasons that would leave more room for growth.

Some of the factors in America’s low growth rate exist because the United States has sought to tame inflation with its economic policy. Rather than risk the economic chaos and instability, the U.S. has historically concluded that slow and steady wins the race. Few in America desire to return to the double-digit inflation of the 1970s, or the hyperinflation of Latin American countries close to that time.

Still, there is room for the United States to improve in growth. Historically the United States averaged a 3.21% growth rate from 1947 to 2019, according to Trading Economics. A poor first quarter growth rate generated legitimate fears of a recession, spurred on, no doubt, by trade wars, a government shutdown, and concerns about the yield curve. Growth rebounded in the second quarter (above 3%) but settled back down to 2% in the third and fourth quarters of 2019.

America is doing relatively well, keeping the top market spot currently ,and appears to be holding off China for the next several years. But the GDP per capita and growth rates for the United States could be better. More international political cooperation, as well as domestic political teamwork, could be the solution. 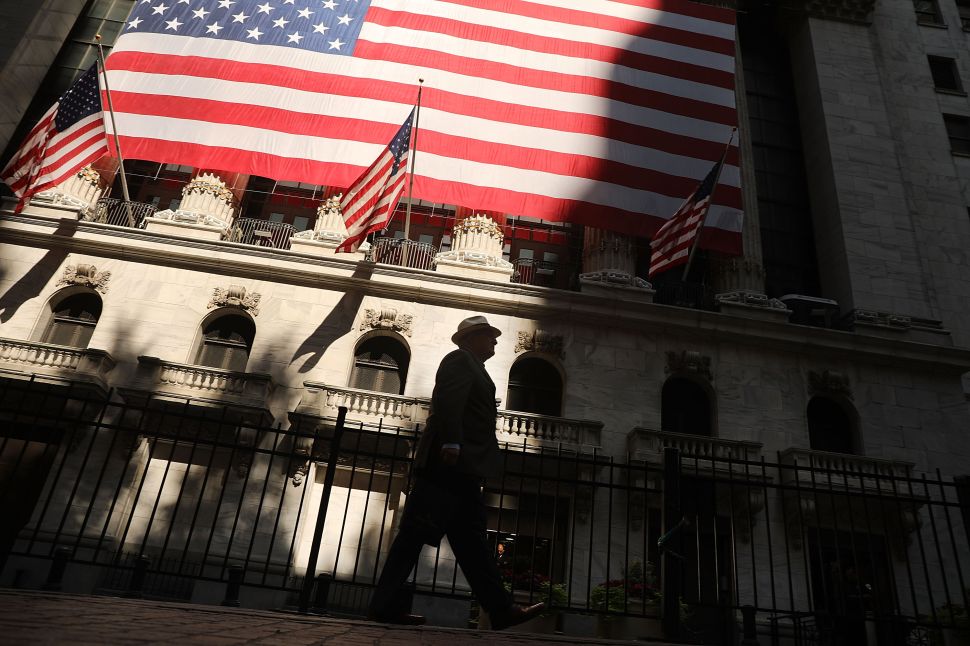