Iconic New York jeweler Tiffany & Co. could have maintained its American ownership had one of the country’s most deep-pocketed investors not passed on the deal to French luxury giant LVMH.

The fabled jeweler had approached Warren Buffett’s Berkshire Hathaway last year when it was looking for a buyer, sources told The Financial Times this week. The billionaire confirmed to the newspaper that the talk had taken place. But he declined the offer, thinking it was a tad too high.

In late October, LVMH announced that it had offered to acquire Tiffany in an all-cash deal worth $14.2 billion. Tiffany later pushed LVMH to raise the offer to $16.2 billion and sealed the deal in November. With the takeover, Tiffany will join LVMH’s extensive family of luxury brands including Louis Vuitton, Givenchy, Sephora, Moet & Chandon and others.

Berkshire Hathaway currently owns three jewelry sellers in its industrial- and finance-heavy portfolio: Seattle-based Ben Bridge Jeweler, Helzberg Diamonds and Borsheims Fine Jewelry, which is based in Buffett’s hometown of Omaha, Neb. All three were purchased between 1989 and 2000.

Buffetts owns a small stake in Tiffany as its creditor. In 2009, subsidiaries owned by Berkshire Hathaway bought $250 million worth of the jeweler’s debt.

As of the third quarter last year, Berkshire Hathaway had a record $128 billion of cash on its balance sheet. Industry observers are anxiously watching what Buffett plans to do with that money.

In November, Buffett backed out of a bidding war to acquire software and IT service distributor Tech Data Corp. His last major acquisition was Precision Castparts for $32 billion in 2015. 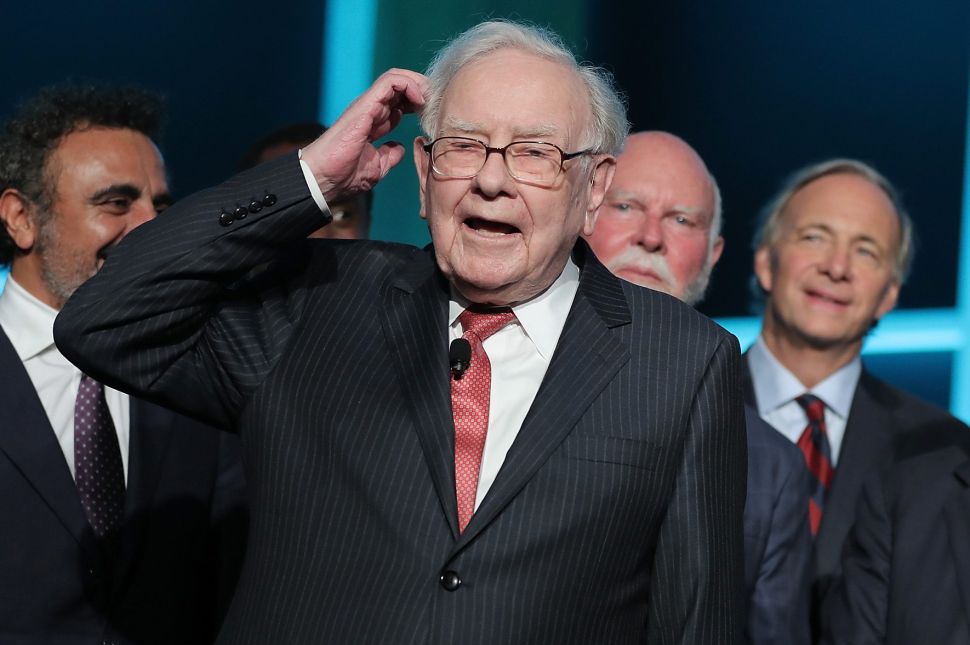