It appears advertisements—the old-fashioned way most of the internet makes money—won’t appear on WhatsApp after all.

After causing a miniature revolt among WhatsApp leadership with its announcement that the wildly popular messaging app would become yet another advertising platform—a billboard in your pocket, among the many others also there—parent company Facebook has apparently backed down in a very big way.

As The Wall Street Journal reported last week, less than a year after announcing that ads would be appearing in WhatsApp’s “Status” updates sometime in 2020, the social network has both removed the code that would have supported ads from WhatsApp and disbanded the team that built it.

This begs a pair of questions: How does the social network plan to make money with its $22 billion acquisition, and what’s the point of Facebook owning WhatsApp, anyway?

Facebook may claim to not be a publisher, but behaving like a publisher is how the social network is able to print money. Ninety-eight percent of the company’s astounding revenue—Facebook clocked $6 billion in profit during the third quarter of 2019, the company reported October 31—comes from the ads tucked between friends’ vacation pics and family members’ very questionable takes.

Since plunking down $22 billion for the enormously popular messaging app in 2014, Facebook has grown WhatsApp’s user base almost four-fold, but has yet to monetize the tool or its 1.5 billion users worldwide.

The company seems to recognize this as a problem, or at least something to change: Pressure from both CEO Mark Zuckerberg and COO Sheryl Sandberg to monetize WhatsApp is what seems to keep pushing out WhatsApp brass, starting with company founders Brian Acton and Jan Koum. (Under their leadership, WhatsApp made money with download fees prior to Facebook making the tool “free.”)

At the same time, the company admitted to investors that it has “historically monetized messaging in only a very limited fashion, and we may not be successful in our efforts to generate meaningful revenue from messaging over the long term.”

When and if monetizing WhatsApp does happen, it will almost certainly be one of two things: ads (duh), or as a money-transferring service (which is something you can already do with Facebook, but there’s only so many ways to make the internet pay).

In the short term, as per WSJ, for now, the company will focus on adding features that appeal to WhatsApp’s main user base, which is not world leaders seeking kompromat nor “encrypted” chatting with friends outside of your cellular network—it’s WhatsApp’s utility as a customer-service tool for businesses in “developing countries.” By this, the company probably means Brazil and India, and though BRIC nations may bristle at the label, almost a half-billion people use the app in just those two countries, and a frequent utilization is for businesses to use WhatsApp to talk to customers.

And if you can talk to customers, why not also bill them? As Facebook noted in its most-recent SEC filings, the company has already invested “significant resources” developing “payments functionality” on WhatsApp.

Why would Facebook add yet another superfluous feature that’s already offered elsewhere among its offering of products? Simple: it can, and there just don’t appear to be that many other ideas out there. If WhatsApp users take to sending money within the app, its user base alone means that method could conceivably become a popular way of paying bills worldwide. Ease of use is important here, and unless Venmo or another popular payment option prove to enjoy customer loyalty, there’s not much stopping Facebook at least from trying. It’s that, or ads. 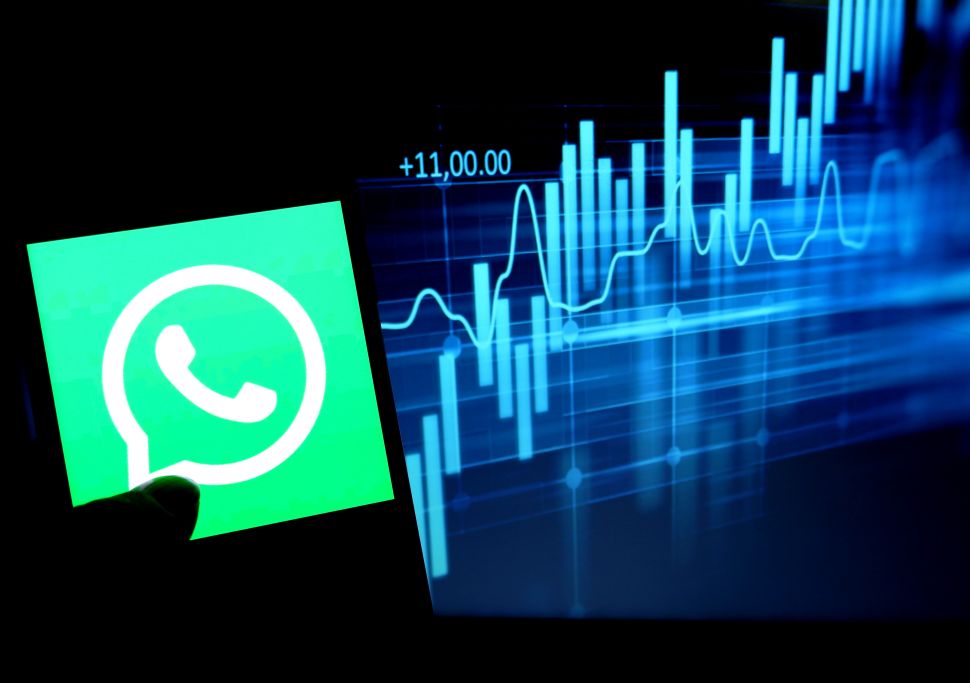