At last year’s World Economic Forum (WEF) in Davos, Switzerland, the choice of transportation for the conference’s VIPs became the laughingstock of the world after reports surfaced about more than 1,000 attendees traveling to the Swiss town in private jets, while lecturing the world about the dire consequences of global warming and carbon emissions.

This year, fighting climate change remains a central topic at the annual talk shop for global political and economic leaders, as “How to Save the Planet” was officially listed as one of the event’s “key themes,” and Greta Thunberg is set to deliver another awakening speech in front of a wealthy and powerful audience mostly quadruple her age.

It’s unclear yet how many attendees will give up the luxury of flying private jets this year in the spirit of leading by example. But WEF’s organizer is maximizing efforts on their side to prove that they genuinely care about the environment.

For example, the cars designated to transport attendees around the town during the weeklong event will be 88% electric or hybrid. WEF is also eliminating plastics for bags and drinks and introducing a meat- and fish-free menu for “Future Food Wednesday.” Ahead of the conference opening, its organizer also installed solar panels at the main event venue and refurnished a few rooms using paint derived from seaweed.

And for those insisting on traveling by private jet, WEF has a solution, too. This year, it’s introducing a low-emission plane fuel known as sustainable aviation fuel, or SAF, which is a blend of synthetic and conventional jet fuel. According to a coalition of groups representing airlines, jet manufacturers and fuel suppliers, a blend of 30% SAF and 70% conventional jet fuel can lower CO2 emissions by about 18% on a 1,000-nautical-mile flight.

Knowing that going completely carbon neutral is probably unlikely with these incentives alone, WEF also promises to buy “carbon credits,” such as funding emission-reducing projects in underdeveloped world, to offset emissions by private jets and other event-related operations.

Last year, it was reported that as many as 1,500 private jets landed and took off in Davos during the conference. WEF later disputed that number, saying that there were actually just 309 trips by private planes recorded by the two nearby airports welcoming all attendees. The organizer also noted that the volume of private air traffic was down 20% from 2018.

“We have been offering incentives to participants to use public transport for some years,” Oliver Cann, WEF’s communication chief, explained. “We also ask that they share planes, if they have to use them; something that has been gaining popularity in recent years.”

The conference organizer hasn’t responded to an Observer inquiry about this year’s private air traffic figures. Based on last year’s timeline, those numbers can be expected later this week. 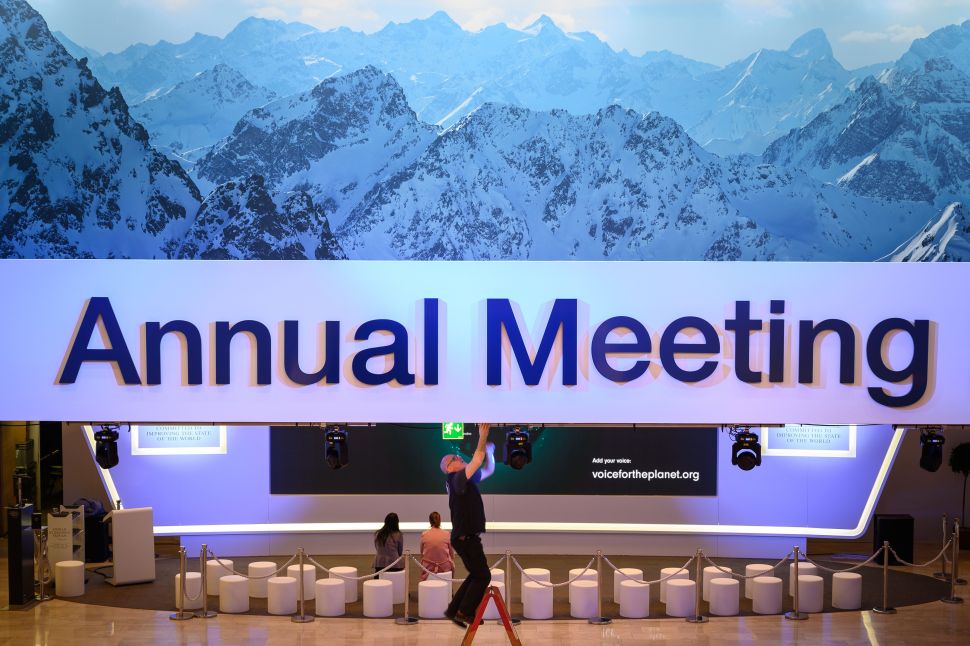