Spoiler alert for the films mentioned below.

“My house. My rules. My coffee.” In the Oscar-nominated comedy Knives Out, these words inscribed on a mug spell out everything its beholder has to lose. The question, then, is: when wealth, control, and even things as petty as coffee slip from an oligarch’s grasp, what becomes of those who fight over the scraps?

The income gap is expanding, as is the number of films tackling economic inequality in the US and beyond. Three of this season’s biggest films—Parasite, Hustlers and Knives Out—cleverly, pointedly and often hilariously spotlight marginalized characters overpowering antagonists who are uniquely not villainous but instead just wealthy, all while grabbing the poles of the ever-widening income gap and playing jump rope with the fragile line connecting the rich and poor.

SEE ALSO: Oscar Predictions 2020: Who Will Win vs. Who Should

It is no surprise that these films reflect America’s financial crisis, where our country’s “top 10 percent now average more than nine times as much income as the bottom 90 percent,” per inequality.org. As such, people living in the upper class’ shadows might employ creative if not seedy tactics to put food on the table.

Such are the circumstances that jump-started Hustlers, a scam-fest based on a true story and awash in neon lights and the sparkle of bedazzled outfits. Through increasingly nefarious means, strippers Ramona (Jennifer Lopez) and Dorothy (Constance Wu) attract, lure, and drug wealthy clients at their lair, maxing out their credit cards and minimizing their fingerprints. The rap sheet might sound extreme, but empathy is what the film asks of its audience: already on the fringes of society, these women’s lives further plunge when the financial crisis of 2008 hits. In their desire to see how the other half lives, the women engage in acts as problematic as those of their oppressors’. Taking care of their children, elders and themselves takes precedence over everything else; what are they to do if that same care has never been shown to them by a white-supremacist society that capitalizes on their bodies? Use the weapons you’ve got.

Knives Out confronts greed and class just as effectively but from a more screwball, murder-mystery angle. Wealthy white patriarch Harlan Thrombey (Christopher Plummer) passes away, shocking his daffy and dependent relatives by leaving his riches to his trusted caretaker, Marta (Ana de Armas). Marta, whose family immigrated from a Latin American country no member of the Thombey clan can agree on, deliciously rises from the story’s subordinate to its protagonist while also displaying the purest voice in the film. She wrestles with the press that her inheritance brings, the Thrombeys’ disbelief that she should have their money and her family’s citizenship status that hangs in the balance, all of which fall under deeper scrutiny when it’s discovered she accidentally killed Thrombey by giving him the wrong medication.

Or did she? The plot thickens further in the film’s final act, just as Marta thinks she will lose it all. In what becomes a bit of a morality tale, it is Marta’s rejection of greed that makes her the film’s richest character. She inherits Thrombey’s creaking mansion, hovering above the peons who must now confront their own white fragility and diminished wealth, as well as the realization that said wealth was never even theirs to begin with.

In the more cemented class roles of Parasite, it is the Kims who have nothing to lose and everything to gain. Sharing a dingy basement in a flood-prone corner of Seoul, the four lower-class Kims one by one latch onto the gullible and unsuspecting Parks, a family of polar-opposite means. The Kims assume service roles in the Park household, getting so cushy in their new jobs roles that they turn away a needy figure from the past who comes knocking at the door, at which point Parasite deftly flips from amusing social satire to edge-of-your-seat thriller.

What ensues is less a war between the haves and have-nots but instead a vicious fight amongst the lower classes just to stay afloat, which, when the storm comes, takes on a literal significance. The Kims feud with the family whom they replaced, all while keeping the Parks’ suspicions at bay. The house remains pristine and family well-fed, which seems to be the film’s point: the poor’s fight amongst themselves only benefits those for whom they toil. When you’re desperate at the bottom, even crumbs look like meals.

Despite these three films’ keen eye on race and class, only Parasite has been an awards season favorite. Hustlers was snubbed of all Oscar nominations, and Knives Out received but one. Part of Hustlers’ shutout may have to do with Hollywood’s rampant sexism; no female directors were nominated this year, which seems to forecast how seriously women’s stories will be taken. Pair that with a racially diverse cast—a concept, again, not appreciated by this year’s Academy voters as #OscarsSoWhite continues—and there’s an even bigger hill for this film to climb. And while Knives Out employed a sprawling cast of big names and Hollywood-beloved (read: white) actors, the film is a comedy, a genre that is seldom ascribed prestige. Other films like Uncut Gems, Dark Waters and—most obviously—Harriet similarly highlighted the struggles of the oppressed to raise their voice against the wealthy and similarly drew little awards recognition.

So while Parasite might be the beacon for showcasing class warfare on film come February 9’s ceremony, there might be one other film sneakily dissecting this topic as well: Little Women is as much about empowerment as it is about social hierarchy in its interrogation of what doors remain closed when money dictates opportunity.

It was Virginia Woolf who said it best: “A woman must have money and a room of her own if she is to write fiction.” Little Women director Greta Gerwig remarked that this is not a twee adage about the tea-filled nook you write in but instead a commentary on the material needs that prove necessary to live and create. The male-dominated world at large of Little Women unearths the economic constraints that barred women from sharing their potential with a world not ready to accept their greatness.

And so it’s worth noting that when Jo (Saoirse Ronan) finally gets her book published, her journey toward success does not end there; she negotiates her rights and fee. It’s a bittersweet moment. She’s broken down a barrier, but by clearing that hurdle more questions arise: What stories are we not hearing from those who could not achieve? Which lives are too busy working toward someone else’s wealth to unlock their own passion? 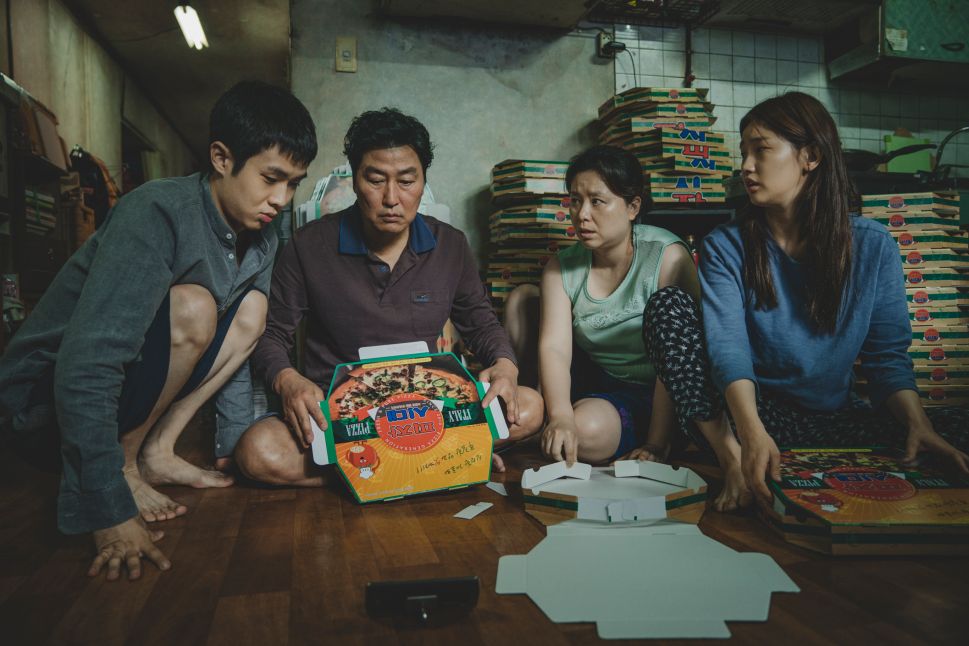