America has fallen behind the rest of the world when it comes to internet speed. That’s bad news, particularly because business today is almost entirely dependent on the internet—and an estimated 24 million people in rural America don’t have broadband internet access. But things like online grain or cattle trade are often made impossible without high-speed internet. Fortunately, the Federal Communications Commission (FCC) has a plan that would change that, if Congress doesn’t get in the way, that is.

In December, the bureau is set to hold what’s called a “spectrum auction,” which would open up a chunk of mid-band (C-band) wavelengths to rural internet providers and 5G services that have been blocked from it up to this point. At the end of February, the FCC will vote on the auction rules and rural broadband funding proposed by Chairman Ajit Pai, rules that would repurpose the 350Mz C-band spectrum, which is a 500 megahertz segment of spectrum from 3.7 to 4.2 GHz. Right now, they’re used primarily by satellite companies for video/audio broadcast and cable services, but Pai knows they could be put to better use.

SEE ALSO: What Is 5G Technology & Why Does Everyone Care So Much About It?

This is progress—right? Well, Senators John Kennedy, Ed Markey, Brian Schatz and Maria Cantwell don’t think so. They’re taking action that could delay the FCC’s plans to roll out 5G for years. For some reason, Congress thinks it can do a better job facilitating 5G innovation than the fiscally-conservative tech gurus at the FCC.

In Pai’s plan, everyone would win. Similar to a single-family home that’s torn down to make way for an apartment building, satellite companies would be bought out by the FCC and moved off the larger segments of C-Band, and it should happen sooner rather than later. In an effort to hasten the 5G rollout, Pai would make the expensive transition easier on satellite companies, too. He’d offer them the market price for their spectrum spot and cover relocation costs from the auction revenue pot.

Of course, that won’t happen if the group of congressional naysayers get their way. They want Congress to take the time to direct the 2020 spectrum auction revenue to certain rural broadband infrastructure funds for Native American communities and other programs. But it’s just smoke and mirrors, because those are funding prerogatives that the FCC has already made a priority.

As Pai pointed out, most of the legislation the members of Congress have proposed would achieve many of the same objectives as the FCC’s proposed plan. He has no opposition to legislation directing rural broadband funding. But he does oppose waiting on Congress to pass multiple 5G and rural broadband bills.

“If you believe it is a priority to make 5G spectrum available quickly, and if you believe that mid-band spectrum is especially critical, waiting for Congress to act first isn’t the best strategy,” he said in a speech early this month. Rather than trying to actually help, it seems some of these legislators just want to attach their names to the FCC’s past and impending rural broadband and 5G success.

Democrats in the House Energy and Commerce Committee also challenged the FCC’s plan to buy out satellite companies. As they said in a joint statement, the “questionable” legality of buying out the satellite companies without intervention from Congress wouldn’t “fund critical public safety infrastructure or bridge the digital divide.”

Republican Senator John Kennedy piled on, saying that Pai was asking to give too much money to foreign satellite companies and that it’s “highly unfair to taxpayers.” But that doesn’t even make sense, because taxpayers wouldn’t be footing the bill. The funds would be more than made up from the auction revenue, and the new C-band renters (wireless internet providers) would pay for relocation costs.

Under Pai, the agency’s long-term 5G plans have been accelerated without expanding agency control over business operations or restricting the business of Americans. The FCC should be allowed to continue to take the lead on this front without Congress gumming up the works for their own silly purposes.

Patricia Patnode is the outreach director at LoneConservative.com and is a contributor for Young Voices. 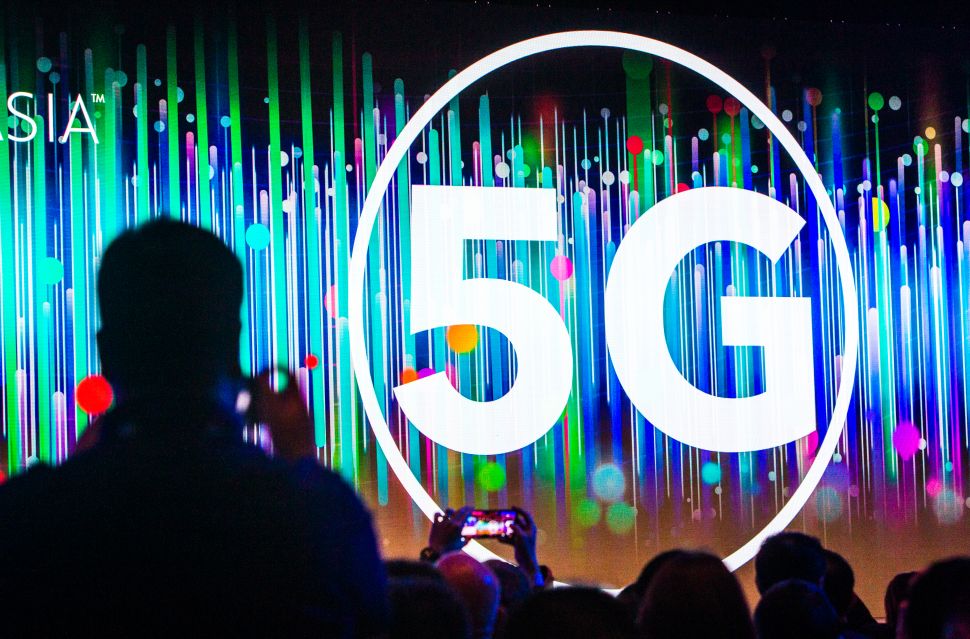