On Valentine’s Day 2018, a gunman with an automatic rifle entered Marjory Stoneman Douglas High School in Parkland, Florida, and opened fire. In a span of six minutes and 20 seconds, he killed 17 people and injured 17 others. Almost overnight, students and their families turned their grief into activism. High school seniors David Hogg and Emma Gonzáles formed the Never Again MSD committee, a student-led organization that demands gun control. And just one month after the massacre, students nationwide organized March for Our Lives, a protest to support legislation to prevent gun violence in the U.S.

The documentary After Parkland is an intimate look at the individuals affected by the shootings at the high school, seen through in-depth interviews, observational footage, and personal videos. “It’s a story of humanity and how a community and a family and a parent respond in the wake of the unthinkable,” Jake Lefferman, the director of After Parkland told Observer.

SEE ALSO: The War-Torn Road the Heroes of ‘The Cave’ Took to the 2020 Oscars

The film captures how the tragedy changed the trajectory of everyone in and around the school overnight. Andrew Pollack, whose daughter Meadow was shot nine times and killed, becomes a school safety activist. Freshman Brooke Harrison, who watched three students around her die, copes with PTSD. Senior David Hogg, emerges as a gun control activist and leader in the student protests. Manuel Oliver, whose son Joaquin was murdered, forms the non-profit Change the Ref, which aims to reduce the influence of the NRA on politicians.

On February 12th, After Parkland will be screened in theaters across the U.S. to commemorate the second anniversary of the shooting. Observer spoke to the directors of the documentary, Emily Taguchi and Jake Lefferman, about how they made the film and why this isn’t a political documentary.

Observer: When did you first hear about the event in Parkland?

Lefferman: Emily and I are producers for ABC News Nightline. In breaking news situations, we often go on assignment and so we are there and in those first moments when it happened. Pretty soon afterward, in those first few days, we went down to the community and started meeting people and filming.

How did you choose which people to focus on?

Taguchi: At the beginning of the process, we met a lot more students, families, and even teachers. It was a fairly organic process where if they were not ready to continue participating, they would let us know. The students and families that you see in the film are the ones who continued to open their doors to us time and again. We visited them quite often. There was a real insistence on the part of the students and the families to never let their story fade from the national conversation. It was really the ones who were ready to speak and tell their stories that you see in the film.

Why do you think they trusted you to film them during such a difficult part of their lives?

Taguchi: I think that’s a great question and I wish that one of the participants was here to answer it because I’d hate to put words in her mouth. We tried to be as gentle and respectful as humanly possible. We would try to meet the families first and have them get to know us and for us to get to know their stories without any expectation for filming. The one thing I can tell you is that fairly early on in the process, [survivor] Brooke Harrison’s father told us, “Each time you come down you’re getting the poison out.”

Lefferman: I think that was feedback that made it feel like, maybe by asking questions and being down there, we could contribute to the conversation and in some way kind of help.

[Ed. note: The trailer for After Parkland comes with a trigger warning for gunshots at at 0:25 – 0:32, per the documentary’s website.]

Were there times when you felt that you didn’t want to film them because it was too intimate?

Taguchi: I think there were conscious decisions that we made where we could tell based on what the families were saying and if the participants weren’t doing well that day. We made it really clear at the outset and throughout the process that if there’s anything that made them uncomfortable, the control was in their hands and we will stop filming. The one night I would say that we decided not to film, was prom. We had Victoria [Joaquin Oliver’s girlfriend] and Dylan [Joaquin’s best friend] at their homes getting ready. We had Andrew [Pollack] at Meadow’s friend’s house. We decided that day that we wanted them to be able to have their own evening.

How did you emotionally handle filming people grieving after such a tragic event?

Lefferman: Emily and I often get asked how we coped with it or how it sits with us now and we don’t have a great answer. I think that we were so focused on what was happening. We felt this enormous responsibility for getting these stories right that these families were sharing with us. I think that focus really helped to ground us and so much of it was we need to get this right for the community and for these families and share their truth. But there were absolutely hard moments. I think that we leaned on each other a lot and our producer Stephanie [Wash], who was down there with us. We had an incredibly supportive team back in New York. Everyone felt this compassion and this sensitivity about this storytelling and so I think that that helped us.

Do you feel like this is a political documentary?

Lefferman: No, that was never our goal and it’s not something that we think it is. It’s a story of humanity and how a community and a family and a parent respond in the wake of the unthinkable. It’s an issue that is often politicized. But what we hope is that this film can touch a chord with everyone no matter where you sit on the political spectrum and help launch a dialogue, because if we’re all screaming into our echo chambers, nothing is changing. So we hope that conversation and dialogue can come out of this.

Have you kept in touch with the people in the documentary?

Lefferman: Absolutely. We talk to them all the time. We were just in Florida a week and a half ago and saw a lot of them and many of the families who traveled all over the country and to Canada with us at film festivals speaking and helping to support the film, which means so much to us.

What do you think we can do to prevent this from happening again?

Taguchi: I think each country has dealt with guns differently. So in the U.S., the focus, for us and for our film, and the participants, is to be able to contribute to the conversation that’s happening about gun violence here.

There were people in the audience who have come up to us because they related to this film in a way of having the experience of a sudden loss. I think that there is something that was felt universally about losing a loved one in a sudden and violent kind of way and I think it’s really about hope.

Lefferman: I think often, it’s easy to forget that something like this happened or just say, “that was another town or another country” and it “could never happen here.” But something we heard a lot in Parkland was, they never thought it would happen there.

Once you start to empathize with people and at least have a glimpse into what they went through, it’s a reminder, every time you get that cell phone alert, that another community is about to go through this level of pain and trauma, so we can’t dismiss that.

This interview was edited for brevity and clarity. 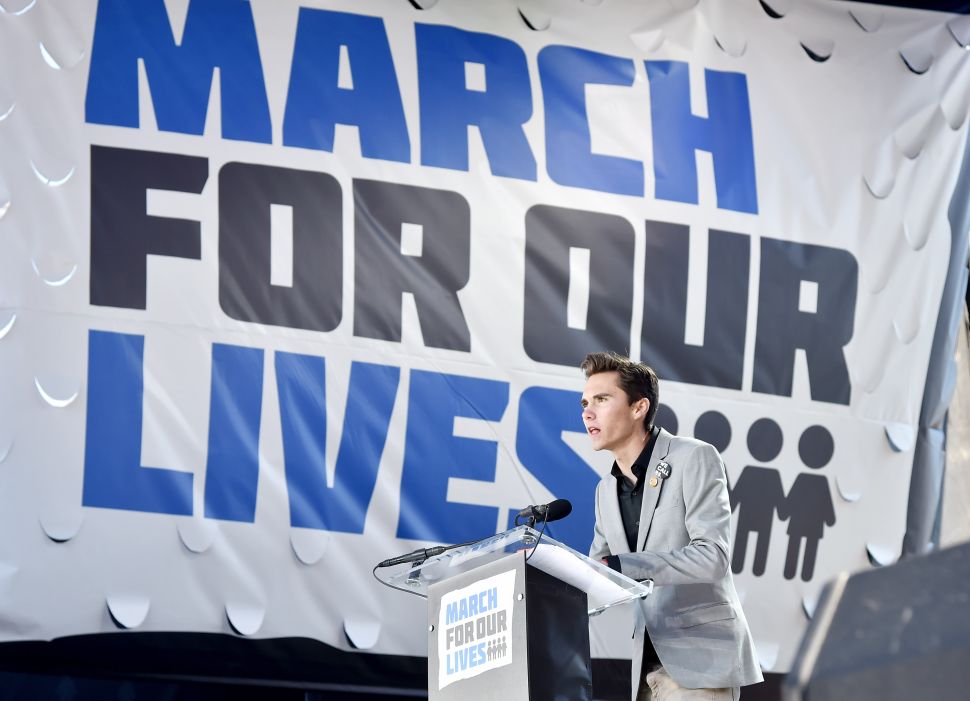