Ai Weiwei, the Chinese dissident artist and globally famous advocate for social justice, always has a lot of irons in the fire. Recently, Weiwei’s focus has been on the protests in Hong Kong, as he’s been planning to make a documentary about the conflict. This week, however, Weiwei announced that he’s collaborated with the German home improvement chain Hornbach in order to come up with a mass-produced sculpture that can be assembled in accordance with the will of the consumer. The Weiwei sculpture, entitled Safety Jackets Zipped the Other Way, consists of several high-visibility jackets connected together via their zippers, and is a reference to a similar work created by the artist in the 1980s called Five Raincoats Holding Up a Star.

By selling his sculpture at low prices to a vast array of consumers who may wish to take the time to put it together, Weiwei wrote in a statement that he’s experimenting with methods of delivering art to people in new ways. “I created this work for the general public, for people who are not necessarily art collectors or museum visitors,” he said. “For those who have a sense of humor and understand all of the work that Safety Jackets Zipped the Other Way can give its own meaning.”

Selling art on a direct-to-consumer scale has of course been done before, most notably when artists such as Takashi Murakami have paired with big fashion brands to put their own personal spin on items like Louis Vuitton bags. What Weiwei is doing is perhaps more rarified; it’s unlikely that anyone unfamiliar with Weiwei’s work will purchase mass of bright orange jackets. It’s far more likely that preexisting fans will be the ones seeking out and buying their own DIY Safety Jackets Zipped the Other Way kit—despite his noble aspiration that this work be “for the general public.”

Weiwei has also worked with safety jackets frequently in the past, and notably successfully sued the car company Volkswagen for using his life jacket sculpture Soleil Levant in the background of an advertisement without permission. If anything, with this Hornbach collaboration, Weiwei is reclaiming ownership of one of his signature materials while also giving it away. 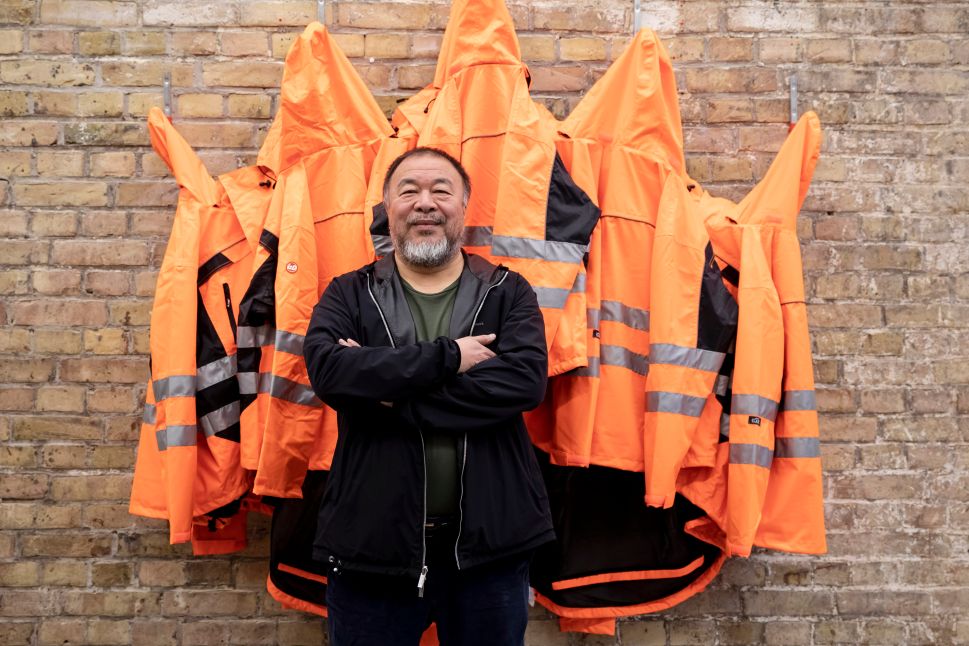