In Season 2 of NBC’s Community, the episode “Paradigms of Human Memory” made a self-aware meta joke about a series struggling in the ratings that wound up staying on the air for six seasons and a movie. The phrase and ultimate goal became a rallying cry for Community fans as the sitcom barely registered with audiences yet developed a small and passionate following (Seasons 1-3 are so ridiculously good, especially if you’re a cinephile). After five seasons on NBC and one season on Yahoo Screen (lol), the series has developed into something of a cult classic hit thanks to a second life via streaming.

Now how about that movie?

Cast members, as well as creator Dan Harmon, have lobbied for a Community movie ever since the show ended in 2015. Yet with little official movement, expectations are at an all time low. While nothing concrete has happened to alter that perception, co-star Alison Brie has offered a glimmer of hope. When asked about a Community movie in a recent AMA Q&A session on Reddit, Brie revealed that she “actually got an interesting call about it this week…stay tuned…”

You have our curiosity, Mrs. Brie.

In 2015, Brie noted that she was “more hopeful about a movie than a seventh season” while admitting that she didn’t know “if either will happen.” However, revivals are all the rage in Hollywood these days. The Twilight Zone, Roseanne and The Conners, Will & Grace, Murphy Brown, 24 and a slew of other broadcast hits of yesteryear have received revivals or legacy sequels in recent years. Recycling one’s own library is the hot trend.

Between Universal television and Sony Pictures Television, it’s unclear which studio/distributor owns the rights at this point. Either way, NBCU is launching its forthcoming streaming service Peacock later this year while Sony remains active in third-party licensing. Long story short: a return to Community has viable commercial avenues should it ever receive the ever elusive greenlight. 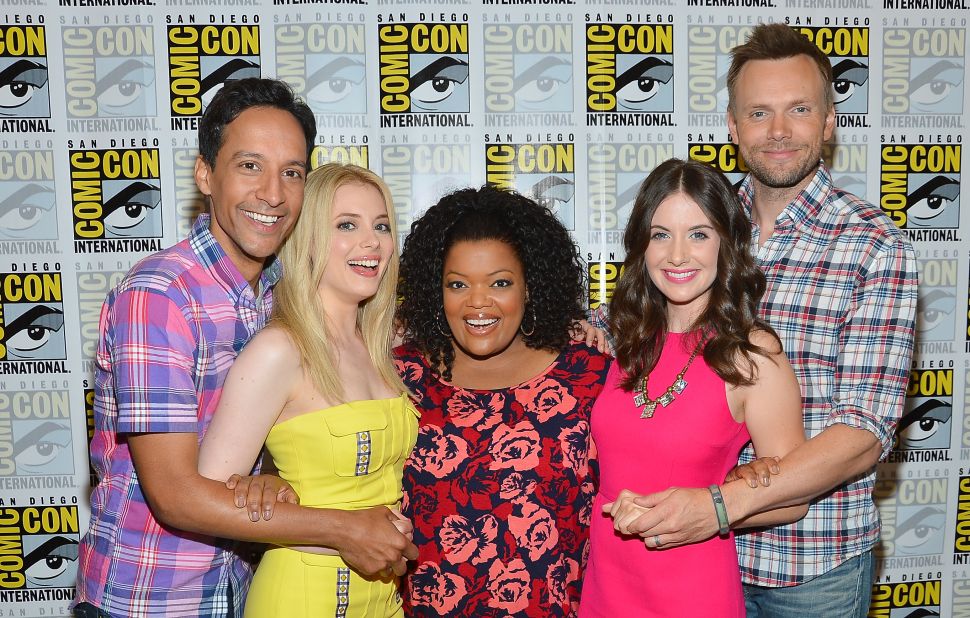