It’s tough enough getting a job as a dancer, but getting a secure job in dance is about as rare as making it into the NBA. There are only a few positions in the country available with year-round financial stability, and a lot of eager, talented ballerinas trying to make a living out of their blistered toes. It’s not unusual for a dancer to take outside gigs, second jobs, or file for unemployment in addition to dancing a company’s regular season. This constant hustle can add stress and physical pressure to a dancer’s life and, ultimately, isn’t conducive to the creative process.

A huge contributing factor is that American dance companies largely rely on ticket sales and private boards for their entire revenue, with very few public sources of financial aid available to these major institutions. In 2018, the National Endowment for the Arts (NEA) had a budget of $152,800,000 USD. While that money is distributed to many worthy causes, NEA money doesn’t typically go to big companies in big cities, focusing instead on bringing heritage-based arts to areas that might not have a cultural hub. The biggest grant given by the NEA to a major U.S. dance institution that year was a relatively small $75,000 grant to American Ballet Theater. In comparison, Germany, a country with about a third of the population as the U.S., spent the equivalent of two billion USD on arts funding for that same year. With that money the country is able to sponsor a number of state-funded ballet schools and companies. This discrepancy in arts funding between the U.S. and European countries speaks volumes to our country’s valuing of the arts and, specifically, of artists as working citizens who provide a necessary service.

SEE ALSO: How the Obsession With TikTok Dances Spilled Out of the App and Into the World

State-funded ballet companies naturally make for better overall job security, which makes it no surprise, then, why many American dancers are seeking opportunities abroad. Dustin True is one such dancer. After starting his career at Los Angeles Ballet, he began auditioning for European companies. “I was craving more job security,” he explains, “I spent the first five years of my career on short-term contracts, between six and nine months of work at a time. Those long layoffs gave me a lot of time to have interesting experiences and expand my horizons in terms of opportunities to make money, but in a career as short as a ballet dancer’s, I felt like I was wasting precious time.” True landed his first contract in Europe at Ballet Dortmund in Germany and is currently in his first season in the corps de ballet at Dutch National Ballet.

Zarina Stahnke, a dancer with Dresden Semperoper, explains that in Germany “It’s within the rights of Germans to have access to and support for culture and the arts, so every city over a certain size has an official state theater.” Having access to the performing arts has been so skewed in the U.S. as to seem like such a privilege, it almost sounds absurd to think of culture in the context of being a human right.

At Dresden, Stahnke has a twelve month contract and automatic enrollment in a pension plan. And health care? The two ACL repair surgeries she’s had while dancing there introduced her to the benefits of European systems. While there are still some downsides to the medical system in Germany, she says, over the course of her surgeries she’s had sick pay for her time off, was able to travel to another city to get the surgery done with a specialist, had private ambulances back to Dresden, with everything paid for by her insurance. “As an American, this is mind blowing,” she says. And from this perspective, there’s also a greater risk factor for dancers in the U.S. with the current state of our health care. Without the proper funding and support, dancers have a higher possibility of losing their livelihoods.

Stahnke initially arrived in Europe under less instinctively practical reasons than True. After graduating from the School of American Ballet in New York and fielding offers from American companies, she saw joining Dresden as a once-in-a-lifetime opportunity to live in Europe. She was also taken by a video she’d seen of Sofiane Sylve and  Raphaël Coumes-Marquet, a dancer she learned was at Dresden, dancing in David Dawson’s Grey Area. The piece is primal yet notably contemporary: emblematic of a lot of work that has come out of Europe in the last few decades. Choreographers like Dawson often premiere their works with European companies specifically because they are the ones who have the funding for new commissions. While American companies are often forced to repeat familiar repertory with their seasons so that they can rely on consistent ticket sales, state-funded companies are more likely to take choreographic risks, which then results in the elevation and advancement of the art form.

True credits this variation in repertoire as another reason that he moved to Europe. “I have a long list of choreographers that I have been wanting to dance, and most of them have made their careers in Europe.” True cites William Forsythe as an early leader in a generation of contemporary choreographers creating in Europe. Dresden’s repertoire, in particular, while still including a number of extremely classical ballets, offers the dancers an opportunity to experiment with a variety of techniques. “Learning such a broad range of styles has humbled me greatly. There is always something new to learn, to explore,” Stahnke states. New choreography pushes dancers and provides them with an opportunity and freedom to explore the art form in the way that they love.

Caroline Beach, who began her professional career at Dresden in 2009 and now works as a freelance dancer and choreographer, has had experience with state-funding in both an indirect and direct capacity. With her collaborator Ian Whalen (who also happens to be Stahnke’s husband) she’s been developing a collective project called AnnieQuinn, and through city arts funding they’ve been able to create five performances in three different spaces, invite two guest performance artists, and screen Donna Haraway’s Storytelling for Earthly Survival.  She’s also received a funded residency through Tanzpakt and EnKnapGroup, which will take place in Lubljana for the entire month of August. This will allow her to research the beginnings of a project with sound and internet artist Markus Stein. In short, she’s busy.

Beach has found that, despite the tedium of bureaucracy and the process of getting funding, it’s all a small price to pay for the artistic freedom it provides. “Mostly I feel like the funding system here is a dream,” she says. “There is an openness, even an expectation, towards experimentation. Collaboration and interdisciplinary work are valued. There are possibilities to apply for funded residencies, dive into intensive research, and then grow pieces into full blown stage productions through the co-producing model.” She also emphasizes that this process “takes a huge amount of pressure off of the artist to make a work that is market friendly, entertaining, and/or accessible at the expense of their concept or challenging subject material.  At the same time, there is a lot of funding for social art projects, participatory art, or art that coincides with city development. I’ve taken part in a few projects that are able to incorporate both outreach and rigorous artistic output.” In addition to funding larger projects, Germany also provides a small stipend for artists who want to work independently, outside of an official company.

Overall, what stands out the most when looking at the difference between U.S. and European models of arts funding is the discrepancy in understanding that culture is inherent and necessary to a progressive society. Stahnke, True and Beach have found support as artists by moving to a completely different continent, and until the US can learn to provide this same kind of support, we might keep losing our talent and thus risk losing our place as a cultural innovator. 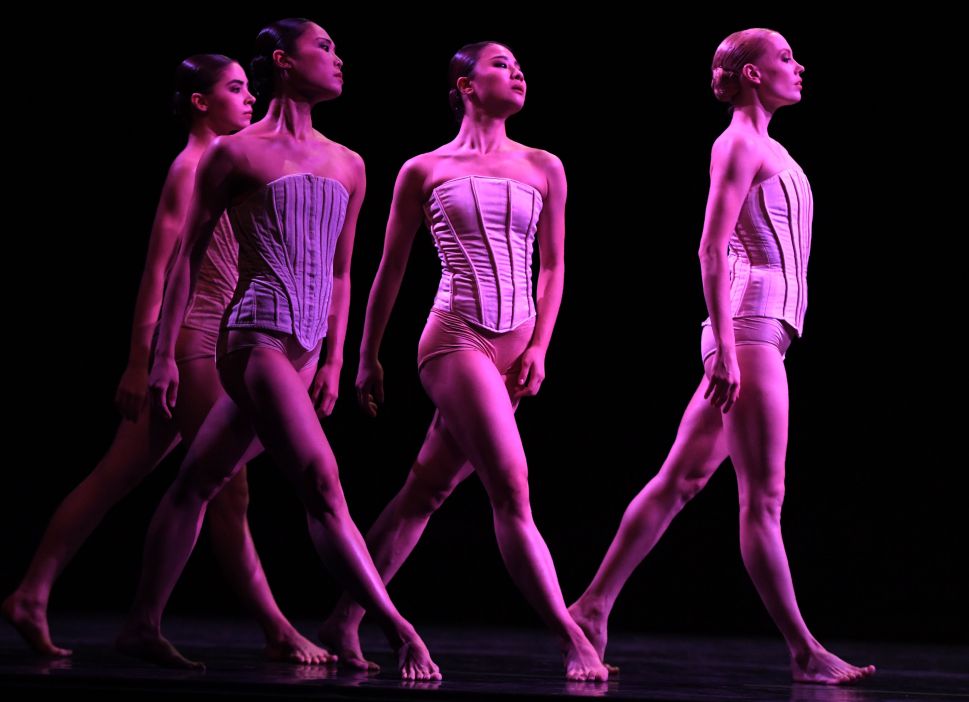