After less than five years of ownership, Anne Hathaway is preparing to bid adieu to her Upper West Side penthouse. The Academy Award-winning actress and her husband, Adam Shulman, purchased the floor-floor apartment for $2.55 million in 2016, and now they’ve listed the home for a touch under $3.5 million.

SEE ALSO: Prince Harry and Meghan Are Heading Back to the U.K. for Their Final Royal Duties

The two-bedroom, two-bathroom home is perched atop a Neo-Georgian mansion, right by Central Park, per the listing held by Sotheby’s International Realty broker Jeremy V. Stein.

A private, key-locked elevator opens into the entry gallery of the apartment. There are 18-foot ceilings and a skylight in the kitchen, as well as Miele appliances and Lumix quartzite countertops.

The open living room is oriented around an ethanol fireplace with a marble mantle, and has direct access to a sizable terrace with al fresco dining and lounging areas, plus a built-in barbecue.

It’s not certain why Hathaway and Shulman are selling the apartment now; Stein told the Wall Street Journal that the couple didn’t end up using the home quite as much as they planned to. Hathaway and Shulman did welcome their second child in November, so perhaps this two-bedroom abode wasn’t roomy enough now that they’re a family of four.

Hathaway and Shulman previously owned a waterfront home in Westport, Connecticut, but sold it at a loss in late 2018. They still maintain a home in Los Angeles, but it doesn’t look like they’ve scooped up a new East Coast residence just yet. 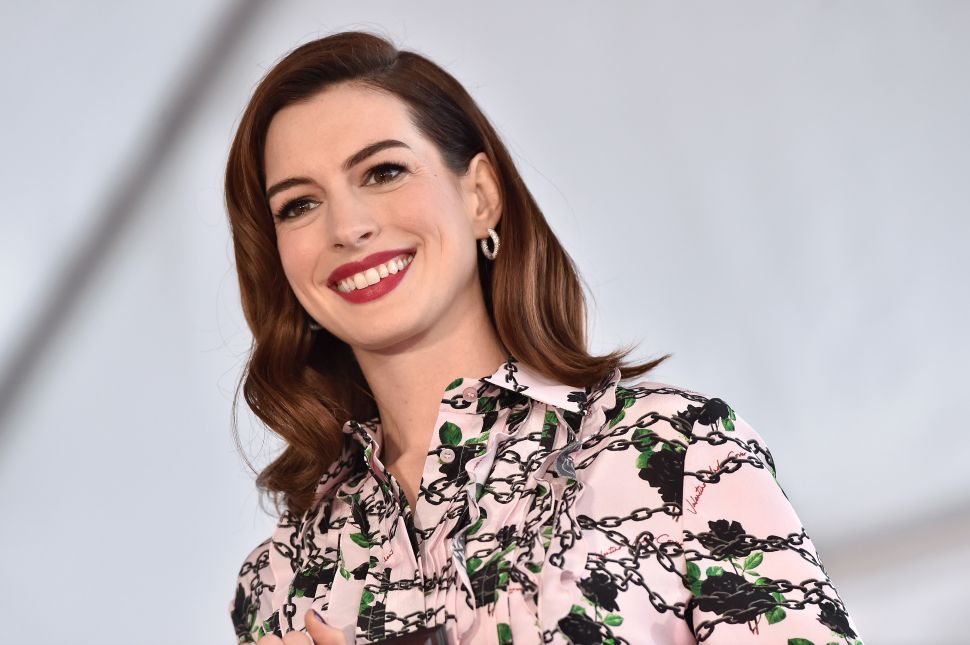