Apple has a lost a class-action lawsuit brought by its Apple store employees regarding a seemingly miscellaneous company policy at the retail level that CEO Tim Cook wasn’t even aware of.

The plaintiffs filed the class-action suit in 2013, revealing that Apple would require its retail employees to go through a security check after they clocked out every day to make sure that no company assets or trade secrets were stolen. The exit check would typically take 10 to 20 minutes and involved searches of employees’ purses, briefcases and personal iPhones.

SEE ALSO: Apple Is Mulling a Satellite Project That Sounds Like Starlink

The affected employees argued that they should be paid for the time they were searched because, despite having clocked out, they were still under Apple’s control during that time.

In 2015, a California judge dismissed the lawsuit, ruling in favor of Apple’s argument that employees could have easily avoided the bag search by not bringing a bag or an iPhone to work in the first place. 9to5Mac reported at the time that Cook was largely unaware of the bag-checking policy. When two employees complained directly to him about the issue, he forwarded the email to his HR executives and asked, “Is this true?”

Last last year, plaintiffs appealed the 2015 court decision to the U.S. Ninth Circuit Court of Appeals, which then asked the California Supreme Court to clarify the law.

On Thursday, the state Supreme Court sided with the plaintiffs, ruling that Apple had violated state law by not paying employees for their time spent waiting on security checks at the end of their shifts. Bloomberg Law first reported the decision.

“Its characterization of the iPhone as unnecessary for its own employees is directly at odds with its description of the iPhone as an ‘integrated and integral’ part of the lives of everyone else,” California Supreme Court Judge Tani Cantil-Sakauye wrote in the ruling, referring to a statement Cook made in an 2017 interview.

The judge explained that Apple employees “are clearly under Apple’s control while awaiting, and during, the exit searches,” adding, “Under the circumstances of this case and the realities of ordinary, 21st century life, we find far-fetched and untenable Apple’s claim that its bag-search policy can be justified as providing a benefit to its employees.”

The unpaid time claimed by the plaintiffs isn’t much at first glance. But when added up over six years (since the lawsuit was filed), Apple will have to pay as much as $60 million to 12,400 former and current employees at 52 Apple stores. Apple operates 506 stores worldwide. 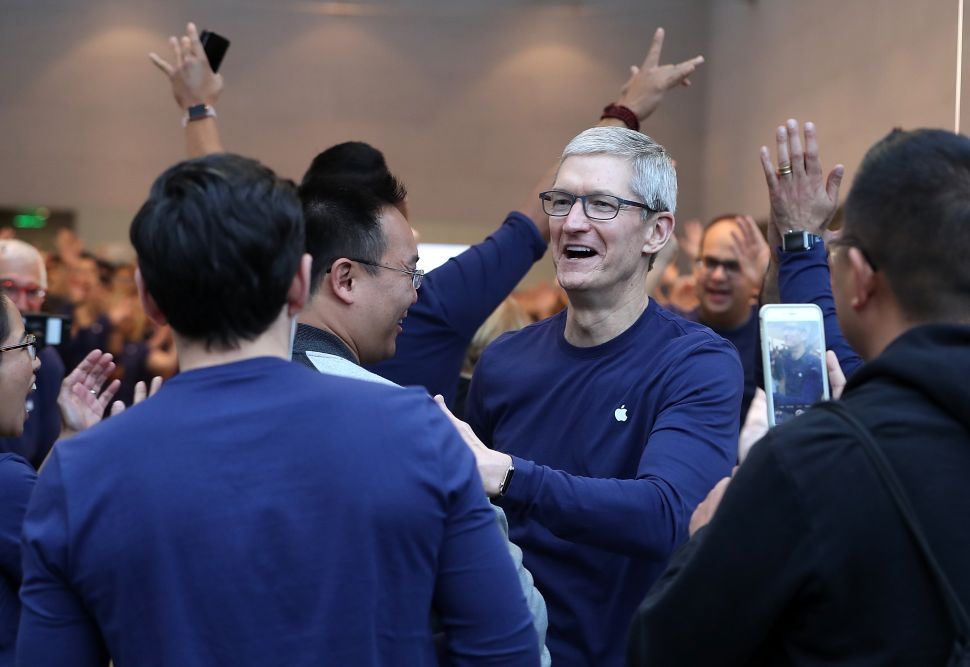