In a time when China and dozens of other countries are fighting to stop a coronavirus epidemic, Apple has quietly removed a popular mobile game that features a simulated pandemic world from its iOS App Store in China, after the country’s cyberspace authorities deemed the game illegal.

The game in question, Plague Inc., is a simulation in which users play an infectious virus and formulate a strategy to wipe out the world’s population. The game has consistently ranked as one of the most popular gaming apps around the world since launch in 2012. In China alone, it had been downloaded more than 2.2 million times until Apple took it down, according to app analytics firm Sensor Tower.

Plague Inc.’s creator, U.K.-based Ndemic Creations, said in a statement on Thursday that they had been informed that the game “includes content that is illegal in China as determined by the Cyberspace Administration of China.” But the company said it’s unclear “if this removal is linked to the ongoing coronavirus outbreak that China is facing.”

“This situation is completely out of our control,” Ndemic said in the statement. “We are working very hard to try and find a way to get the game back in the hands of Chinese players—we don’t want to give up on you—however, as a tiny independent games studio in the U.K., the odds are stacked against us. Our immediate priority is to try and make contact with the Cyberspace Administration of China to understand their concerns and work with them to find a resolution.”

We’re really sad to announce that Plague Inc. has been removed from the China App Store. This is completely out of our control and we are working to find a way to bring the game back to our players in China. Our statement here: https://t.co/oYkHHkMbgw pic.twitter.com/5wQ93NsCKw

One possible reason for its abrupt removal is a surge in popularity last month following the early outbreak of the coronavirus. In January alone, the app was installed on nearly 200,000 Apple devices, according to Sensor Tower. Downloads went so wild that Ndemic had to issue a statement urging players not to use the game as a “scientific model” for the spread of the coronavirus.

“The current coronavirus outbreak is a very real situation which is impacting a huge number of people,” the company said. “We would always recommend that players get their information directly from local and global health authorities.”

Plague Inc. is still available in App Store outside of China. 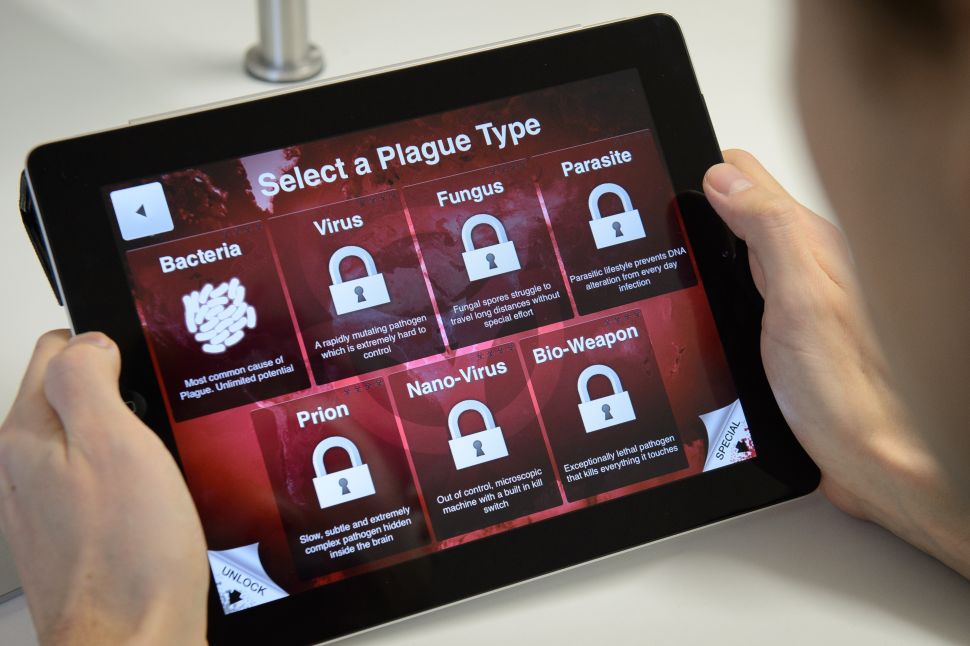