Last September, a stencil drawing of a rat made by the mysterious artist Banksy that was on display near Centre Pompidou in Paris disappeared in a suspected theft. At the time, Centre Pompidou officials reported that thieves had used a saw to cut the piece of art away from a sign for the museum’s parking lot, where it had been secured with a plexiglass case. Months later, two men have just been arrested in Paris after a lengthly police investigation into the incident. According to Agence France-presse, a significant amount of works that may be by Banksy were found in the possession of these two men, but the legitimacy of these pieces has yet to be determined. Additionally, the work that was stolen near Centre Pompidou was not found.

In 2018, Banksy made a point of disseminating a great deal of rat drawings in Paris: his renderings of rats tend to feature the animals brandishing knives or wearing bandanas in the spirit of revolution. Banksy reportedly made the drawings in response to French president Emmanuel Macron’s harsh immigration policies, which include detention for undocumented immigrants. The Centre Pompidou incident also isn’t the first time a work of art by Banksy has been stolen in Paris: back in January of 2019, a Banksy mural of a veiled woman that was painted onto the door of the Bataclan theater was ripped right off its hinges and spirited away in the night.

Because Banksy often makes art that becomes part of public spaces, the question of who exactly his art is being stolen from is an interesting one. It’s not like his canvases are being plucked from the walls of museums like the Tate Modern or the Museum of Modern Art, not least of all because his works simply don’t tend to be displayed there. Usually, making graffiti itself is a punishable offense, but because Banksy’s work has proven to be so lucrative for collectors, the drawings that he’s left scattered around Paris themselves imbue public space with additional value. With regards to the suspected Centre Pompidou thieves, a judge will now work on determining whether the two suspected culprits will be placed under formal investigation. 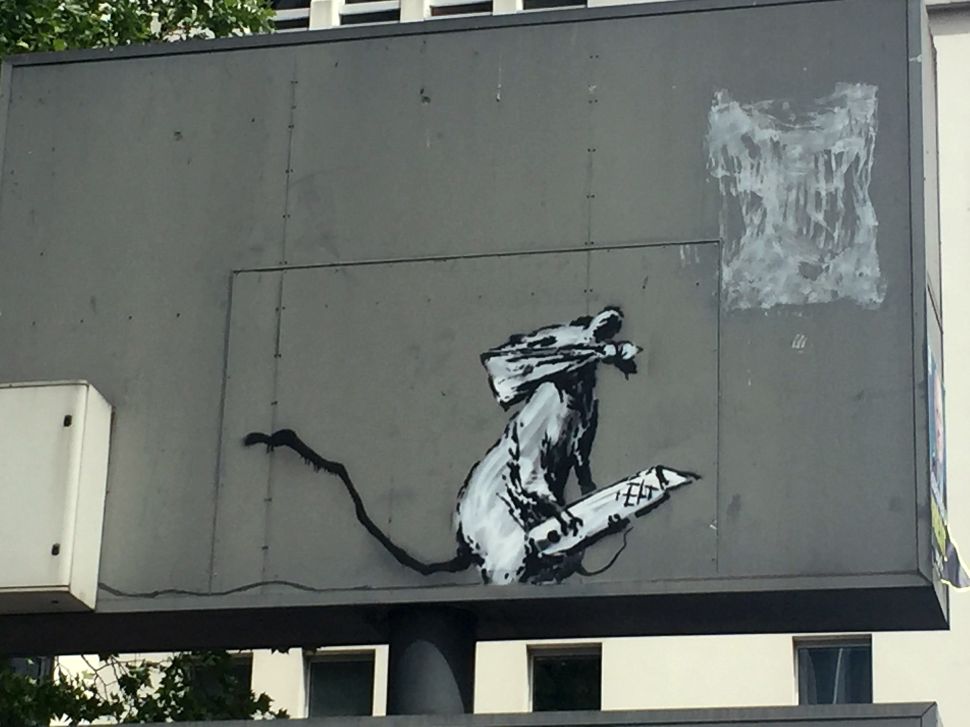