As an artist and an influential proponent of creative anonymity, the mysterious figure Banksy has fetched huge prices at auction in the last couple of decades—that’s in addition to inspiring fans around the world with his uplifting pieces that focus on themes of love, war and global conflict. Banksy has also done things that are divisive, like disrupting a female artist’s solo show and launching a personalized hotel directly adjacent to Israeli security banners in Bethlehem. A new article for the New York Times grapples with the contradictions in Banksy’s career: although he’s an in-demand creator who commands huge prices and public attention, much of his work hasn’t been institutionally recognized. Why is that?

According to Francesco Bonami, a curator and critic who helped to select work for the Whitney Biennial in 2010 and who’s currently the honorary director of Fondazione Sandretto Re Rebaudengo in Turin, the reason why there are no works by Banksy in the permanent collections of places like MoMA or the Tate London may have to do with the artist’s style. “Great artists, I believe, invent a language and a grammar,” Bonami told the Times. “Banksy did not.” Instead, Bonami contested, Banksy’s seemingly-singular stencil style was in fact developed by a French graffiti artist named Blek le Rat in the 1980s.

SEE ALSO: Agnes B., an Icon of French Style, Has Opened a Private Art Museum

Institutional heavyweights taking potshots at Banksy is nothing new, but Bonami may have a point here: Banksy’s work isn’t stylistically innovative, but instead gestures towards radicalism without actually engaging in it. This makes Banksy’s work amazing fodder for people who like to see the art world skewered, which is why his self-shredding painting auction stunt at Sotheby’s was so popular around the world.

Those sort of pranks are admittedly thrilling, but ultimately, the art that ends up being memorialized in museums tends to be inherently radical, rather than superficially so. For a perfect example, look no further than Shibboleth, the Doris Salcedo installation that literally tore a fissure in the Tate Modern’s Turbine Hall in 2007. As successful as Banksy has been, it’s also possible that he still needs to try harder. 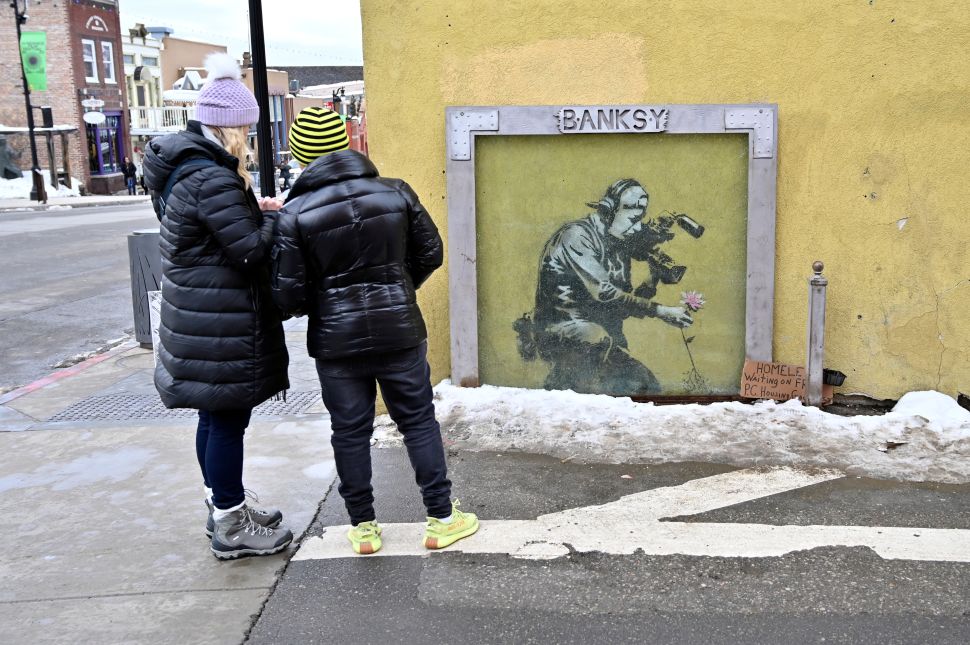