The semi-anonymous English street artist Banksy has launched his art stunts all over the world in the past, rendering him a globalist when it comes to cultural impact, but once in a while he gives away hints about his true identity in interesting ways. In honor of Valentine’s Day, reports are emerging that Banksy has created his latest work of public art in Barton Hill, Bristol. Bristol, according to author Tristan Manco, who wrote the 2002 book Stencil Graffiti, is the city in which Banksy was born.  Banksy initially “became involved in graffiti during the great Bristol aerosol boom of the late 1980s,” Manko writes—one of the few, sketchy details known about the artist. The new artwork, which Banksy affixed to the side of what appears to be a residential building, features a little girl rendered in black and white who’s firing a slingshot into a bouquet of exploding red flowers.

As is typical for Banksy, it’s a bit unclear whether the artist is skewering the concept of Valentine’s Day or paying homage to it: is the little girl in the artwork supposed to be destroying the notion of romantic love with her projectile, or is she actually showering the world with love-drenched flower petals? Only the artist could say for sure, and Banksy doesn’t ever really clarify anything unless he really feels like it.

Even though Banksy has yet to be honored via any huge museum retrospectives or otherwise legitimizing institutional ceremonies, the artist continues to subvert expectations by essentially just popping up with new artwork wherever and whenever he wants to. Like anyone who knows how to time the release of their content well, Banksy has also tended to announce new works online as they might coincide with relevant holidays or newsworthy events, like the day of Brexit or Christmas. By producing works which so closely adhere to the calendar, Banksy guarantees that his fans will be in constant states of anticipation for what does next. 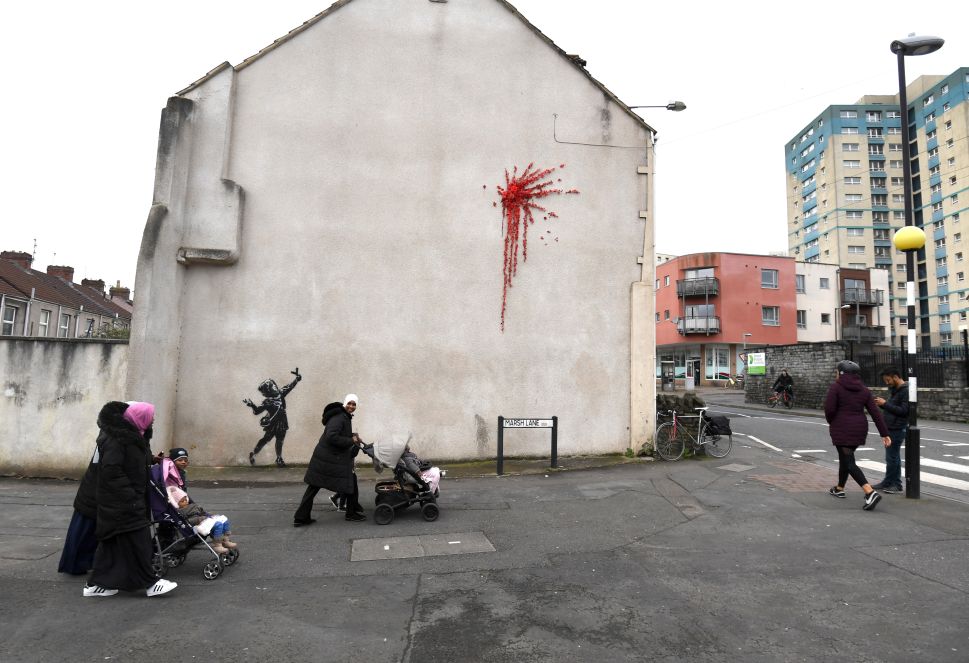