Tina Knowles-Lawson, the mother of the fairly well-known musicians Beyoncé Knowles-Carter and Solange Knowles, understands a thing or two about fostering creative energy and letting yourself be drawn towards the artistic impulses that bring you joy. On top of being a mother to some incredibly talented individuals, she’s also the co-founder of the Los Angeles nonprofit Where Art Can Occur Theater Center, and in a new, brief interview with the Wall Street Journal Magazine, Knowles-Lawson discussed her art collection, which the matriarch revealed she sometimes shares with her megastar eldest daughter. Either intentionally or not, Knowles-Lawson may have also just offered a peek into Beyoncé’s intensive creative process.

“I mean, my art pieces are like my children,” Knowles-Lawson told interviewer Lane Florsheim. “I just lent some of my art pieces to Beyoncé for her new project that she’s doing, and I’m looking at my walls and it just makes me sad, because I miss seeing all my babies there. Art is so important because it inspires us. It is really important to surround your children, growing up African-American, with images of positive reinforcement and not the traditional ideas of what commercials say beauty is. It really makes a difference in your life.”

SEE ALSO: An Art Critic Accidentally Destroyed a Gabriel Rico Sculpture and His Gallery Is Pissed

Back in 2018, Knowles-Lawson talked to Kimberley Drew in Vanity Fair about her collection in more detail, saying that she has works by the artists Elizabeth Catlett, Romare Bearden, Henry Ossawa Tanner, Toyin Ojih Odutola, Kenyatta A. C. Hinkle and, fittingly, Dominique Beyoncé. She also revealed that she has a personal repository of contextual information that she draws on for strength: “I have a storage facility with, probably, every African-American artist’s history.” Considering that Knowles-Lawson has such a formidable archive to draw from, it’s impossible to predict which pieces her daughter has selected for her new project, but one can also look at Beyoncé’s personal favorite artists for clues about what she might be drawn towards.

According to Artspace, Queen Bey has shown love in the past for artists like Awol Erizku, who took Beyoncé’s pregnancy announcement photos, Kerry James Marshall, Kara Walker and Pipilotti Rist, whose 1997 piece Ever Is Over All Beyoncé drew from for her “Hold Up” music video. She and Jay-Z are known to own works by David Hammons, Richard Prince and Laurie Simmons, among others. While you might think this reveals Bey’s true penchant for contemporary art, let’s not forget that she and Jay-Z helped the Lourve museum shatter attendance records in 2018 by shooting the video for their collaborative hit, “Apeshit,” in front of the Mona Lisa. All this is to say, it’s not entirely clear what Beyoncé’s next project involves, but we do know it will include some seriously excellent art. 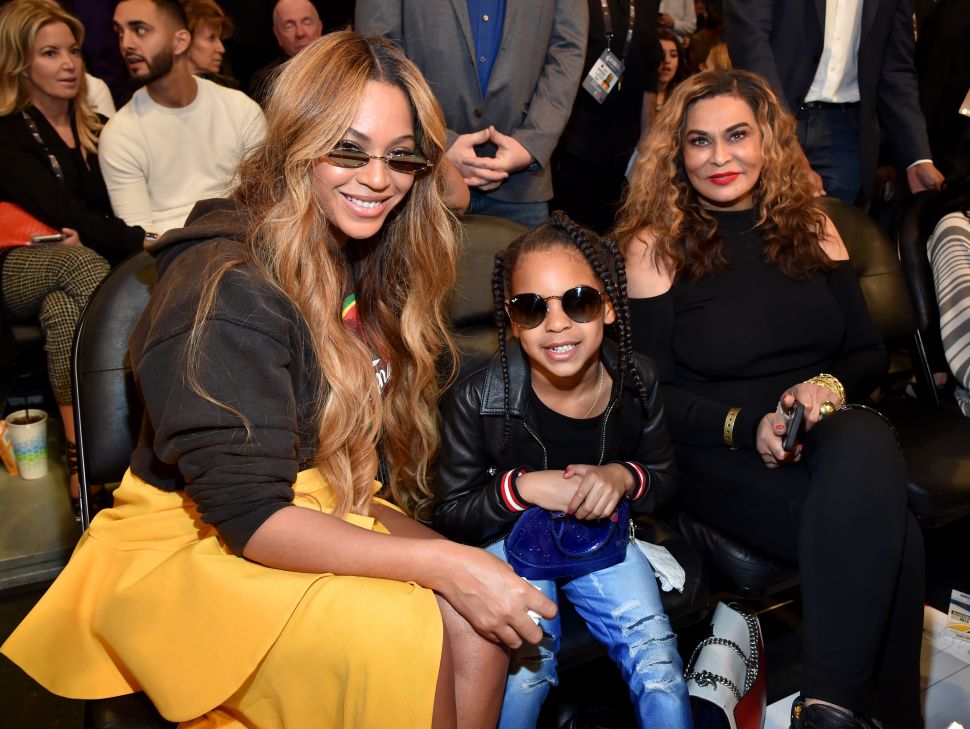