It’s a bird, it’s a plane…it’s a cultural monolith slow-pitched down the middle for the think-piece industry!

Dating back to the heyday of comic books, fans have taken it upon themselves to wage war in the name of Marvel and DC despite the fact that the two major entities share far more in common than in conflict. This divide has been amplified by the supernova expansion of the blockbuster superhero genre over the last 20 years. At the forefront sits the Marvel Cinematic Universe, which is now into its second decade of dominance, and Warner Bros.’ DC Films, which secured the genre’s ultimate validation with Christopher Nolan’s Dark Knight. After years of trial and error, both juggernauts have embraced separate strategies that have perched them atop the industry like the havoc-wreaking creativity of the San Francisco 49ers and the quick-twitch explosiveness of the Kansas City Chiefs in the Super Bowl. Friday’s Birds of Prey (and the Fantabulous Emancipation of One Harley Quinn), the Margot Robbie-led DC spinoff, underscores the pros and cons of each.

To understand how Birds of Prey cuts to the central strategic divide between Marvel and DC, we first need to understand how both studios operate. Ever since the Marvel Cinematic Universe launched in 2008 with Iron Man, it has been defined by its world-building interconnectedness engineered by studio head Kevin Feige. Unlike standard blockbuster fare, the MCU operates much like a television series composed of episodic chapters that feed into one another sequentially. To understand 2012’s The Avengers, you need to at least have a passing knowledge of the preceding solo adventures. 2015’s Avengers: Age of Ultron sets up 2016’s Captain America: Civil War while the entire 10-year MCU narrative pays off in the dual-part Infinity Saga. This multi-layered endeavor enables storylines from one film to reverberate throughout the greater MCU and for characters to crossover into one another’s stories, giving the entire franchise event-level hype.

But this approach also restricts creativity, forcing directors to adhere to Marvel’s pre-existing rule book when it comes to plots, characters, visual language, etc. There’s not a lot of room for individuality, which is why directors such as Edgar Wright (Ant-Man), Patty Jenkins (Thor: The Dark World) and Scott Derrickson (Doctor Strange and the Multiverse of Madness) have all left projects over creative differences. Feige’s fiefdom operates under his guidance or it doesn’t operate at all.

As Warner Bros. watched the MCU take off in the wake of The Dark Knight trilogy’s conclusion, it positioned itself to capitalize on the shared cinematic universe craze by launching the DC Extended Universe with 2013’s Superman reboot Man of Steel. Yet the early efforts to recreate Marvel’s interconnected crossover magic proved polarizing with fans and critics. Man of Steel and Batman v Superman: Dawn of Justice both underachieved at the box office while eliciting mixed reactions. This culminated in 2017’s Justice League, a critical dud that lost the studio upwards of $100 million.

But even before Justice League hammered the point home, the studio was aware that changes were needed. In the aftermath, it has mostly shelved Marvel’s crossover strategy in favor of relatively standalone efforts that aren’t afraid of trying new things. Wonder Woman broke new ground as the first female-led modern superhero blockbuster, Aquaman dove inward to create an entirely new world, Joker was a filmmaker-driven genre expansion disconnected from the shared continuity. DC is now more focused on experimental, off-kilter, and solo adventures. The variety of such an approach has prevented the studio from establishing as consistent of a quality floor as Marvel. But they deserve credit for embracing risk.

This brings us, meandering and slow, back to Birds of Prey, which highlights the pros and cons of each approach. The film picks back up with Margot Robbie’s Harley Quinn shortly after the events of the 2016’s money-making disaster Suicide Squad.

On one hand, Birds of Prey is a vibrant blast of kinetic energy. Screenwriter Christina Hodson and director Cathy Yan create a deliciously wacky romp with John Wickian action (director Chad Stahelski advised on the film through his 87eleven stunt company) and Deadpool-lite humor. At no point is the film ever uninteresting and its ambitiously gonzo fluidity is much preferred to the mindless Macguffin-based quests at the center of many superhero flicks from both studios.

In this sense, the lack of an overarching tonal mandate frees Birds of Prey up to be boldly different than its contemporaries, a refreshing departure from the norm. It takes place in its own small slice of the DCEU and isn’t beholden to any world-building requirements. It’s focused on the here and now rather than setting up the next chapter. It is empowered to upend conventions whereas the MCU conforms to a uniform delivery. That’s exciting.

But on the other hand, the script is uneven and could do with a dose of focus that is the MCU’s calling card. Say what you want about their formula, but it knows the crowd-pleasing beats cold, especially when it comes to efficient plotting. Birds of Prey’s first act is needlessly hyper-stylized with title card sequences, needle drops, character introductions and pop art to the point of exacerbation. It operates on a more fantastical plane, which is fun in bits but not so conducive to emotional storytelling. The film never really delves deeply into the psychology of leaving an abusive relationship even as it champions independence and freedom as its central tenet. A guiding vision used to reign in some of the needless flash and refocus the story would have done wonders for the final product. Standout performances from Robbie, Mary Elizabeth Winstead (who spoke to Observer about Birds of Prey right after she was cast), and Ewan McGregor paper over some of the story’s shortcomings.

There is no right answer when it comes to creativity—you can’t reverse-engineer art. But the push and pull between unique flourishes that enable a movie to stand out and the tightly controlled big picture vision that enable a movie to fit in are constantly in motion. Birds of Prey is a great example of the benefits and drawbacks to both systems. Marvel’s producer-driven model has created the single-most consistently successful franchise in Hollywood history. DC’s recent free-flowing approach has course-corrected the series and propelled it to new commercial heights. Artistic creativity and long-term plotting can co-exist side-by-side, but striking the right balance between them is a Herculean task.

Regardless, even if Harley Quinn is no longer with the Clown Prince of Crime, she’s still poised to laugh all the way to the bank with Birds of Prey. 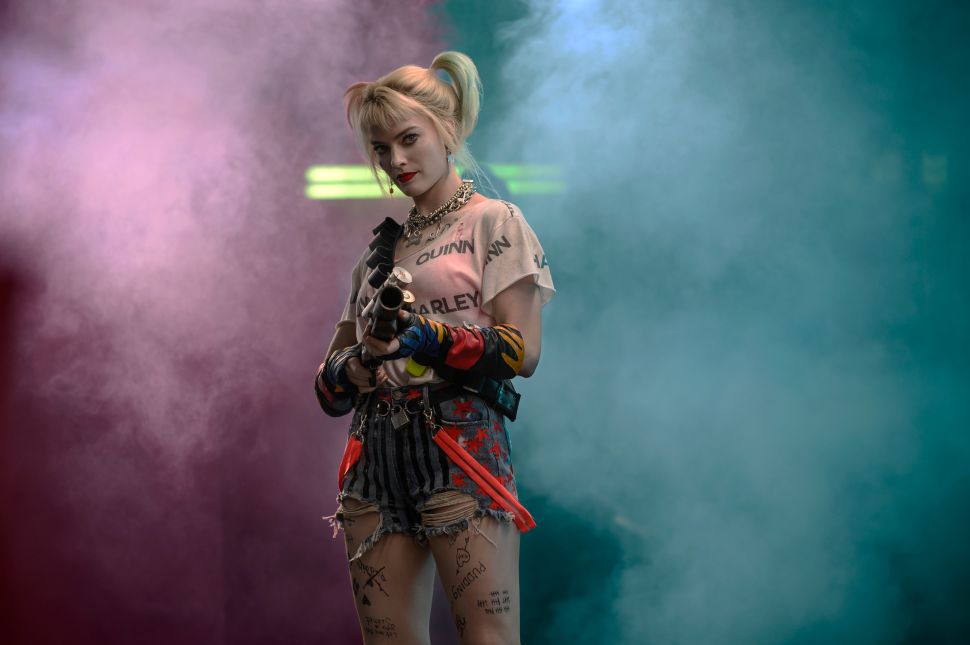