After 15 years as Disney CEO, Bob Iger has surprisingly stepped down to transition into the role of executive chairman through Dec. 31, 2021, where he’ll contribute on the creative side. His immediate replacement is Bob Chapek, a 27-year Disney veteran. Chapek, long thought to be a front-runner for the gig alongside chairman of Walt Disney direct-to-consumer & international Kevin Mayer, boasts cross-company experience from consumer products, studio content distribution, and home entertainment. Most recently, he oversaw Disney’s parks division, the company’s most lucrative sector by far.

The enormity of this transition cannot be understated—Zeus has left Mount Olympus. Iger is arguably the most successful media executive of the 21st century. Under his stewardship, Disney stock soared more than 400 percent in 15 years and its net profits jumped by more than 300 percent. He revitalized an iconic American brand through aggressive and forward-thinking acquisitions—Pixar, Marvel, Lucasfilm, 20th Century Fox—that positioned Disney as a multi-pronged power in key sectors throughout entertainment and media. He then realigned Disney’s focus to thrive in a war-torn direct-to-consumer landscape through Disney+ and Hulu. The company’s future without him is a canvas of uncertainty, an unease shared by Wall Street as Disney shares fell roughly two percent in aftermarket trading following the announcement.

“Everyone was surprised by this,” Sebastian Blum, partner at global consulting firm OC&C Strategy Consultants, told Observer. “Disney is too savvy to not know the implications. Everyone is wondering what the real driver was. The market has reflected that and it isn’t driven by the person, Bob Chapek, just the general uncertainty.”

A small-term Wall Street dip after such a monumental hierarchical shakeup is common. But given the abruptness and lack of clarity surrounding Iger’s exit, there is an understandable sense of wariness in the air. A confusing corporate executive structure only compounds that unease. To regain confidence and begin plotting a positive course forward, expect Disney to go on the offensive.

“[Chapek] needs to lay out his plan and provide the market with reassurances of continuation and that he stands for the strategic pillars that have been working. I’m sure that’s what they will be doing,” Blum said. “Disney also needs to explain how the hierarchy will work in terms of stability and strategy. Chapek is now CEO while Iger is executive chairman, which means involvement in the day-to-day business. These set ups—a senior CEO and quasi COO—can be problematic in companies such as Disney. Explaining how it will work can mitigate a lot of the anxiousness.”

Iger’s strategy was to focus on delivering the best content first and foremost and counting on everything else to fall into place. That strategy has worked. Disney’s IP-based acquisitions helped power the theatrical side to a record $10 billion at the worldwide box office in 2019, shattering the previous record ($7.6 billion) also set by Disney. Last year’s Avengers: Endgame ($2.8 billion) is the highest-grossing film of all time. Disney has led all studios in annual domestic market share four years running.

Chapek doesn’t come from a content-based background. But under his leadership, parks revenue grew between eight and nine percent since 2015. His skills aren’t necessarily similar to Iger’s, but they are compatible to Disney’s overarching goals moving forward.

“He comes from the most profitable side of the business where operations matter,” Allen Adamson, co-founder of Metaforce and an adjunct at NYU Stern, told Observer. “He knows how to run complicated operations. Parks and entertainment is a lot like making a movie in that it’s a detail-oriented process business. It’s intense management and less creative. That’s a skill set that’s critical now that Disney’s so big.”

It’s up to Chapek to maintain the momentum Disney has built and, most importantly, continue to grow the company’s direct-to-consumer subscription business. But arguably the most pressing issue he faces is one Iger, nor the rest of the industry, can adequately address.

The decline of linear television is accelerating faster than anyone anticipated. Nearly 6 million pay-TV customers cut the cord in 2019, a seven percent year-over-year dip. U.S. subs are expected to sink below 80 million by 2021 and no roster of sports, news and other live-programming can stave off decay. Multichannel video programming distributor (MVPD) such as Comcast, DirecTV, DISH, Cox, etc. still feed Disney a significant chunk of revenue for their linear endeavors (ABC, ESPN, FX, Disney Channel, Nat Geo, etc.). But the entire industry’s margins will continue to be squeezed as the customer base diminishes.

“The future is streaming. So linear media and traditional media is over. It’s gone,” Adamson said. “It’s just a question of how fast it’s going to evaporate for the networks and the cable companies. I think the seas ahead look choppy.”

Blum agrees, saying “there is nothing to salvage” from linear TV (ouch) and that a new initiative to rejuvenate that part of the business “would be a mistake.”

For much of the last two years, Iger has repeatedly made it clear that direct-to-consumer business is Disney’s top priority moving forward. As such, it was a bit of a surprise that Mayer was passed over. Chapek has proven himself to be an extremely effective operator with proven track records of success throughout the company’s multi-faceted divisions. Yet he lacks notable streaming experience, though he did previously run studio content distribution and home entertainment before leaving for consumer products in 2011.

Disney+ is off to a booming start (28.6 million subscribers since launch) and ESPN+ is growing nicely. Hulu continues its ascension under Disney as it has earned 12 percent of the video streaming market share, behind just YouTube (21 percent) and Netflix (31 percent), according to Nielsen data. But Disney+ and ESPN+ are still in their infancy while Hulu still has a long way to go as an original content creator. To expect the status quo to remain unchanged, especially as streaming develops and evolves in unexpected ways, is shortsighted. Tech and media sit at the intersection of entertainment today, where creative content rules supreme, and that isn’t necessarily where Chapek’s expertise seems to lie. That’s one consideration to hold on to as the company dives into this transition.

The best you can hope for is to stabilize or reduce the contraction of linear TV. The best approach Disney might take is to migrate out of that business over the next five years as elegantly as possible. (Could ABC and ESPN be shed in the near future?) How Chapek and the company strategically navigate this minefield in the coming years will be of great importance to Disney’s bottom line and to Chapek’s longevity in the job.

On the big-picture front, Iger has positioned Disney to keep steamrolling ahead in an intentionally designed success loop: the studio’s franchise blockbusters fuel engagement in Disney+ which attracts customers to theme parks which boosts consumer products and back again. Chapek can and should keep the wheel spinning. But that doesn’t erase all of the doubt that accompanies such a massive shift.

“Anytime your all-star hitter leaves, no matter how good the person is in the on-deck circle, uncertainty scares investors,” Adamson said. “Iger was a sure thing and now somebody’s getting up to hit that they don’t know that well and so that scares people.” 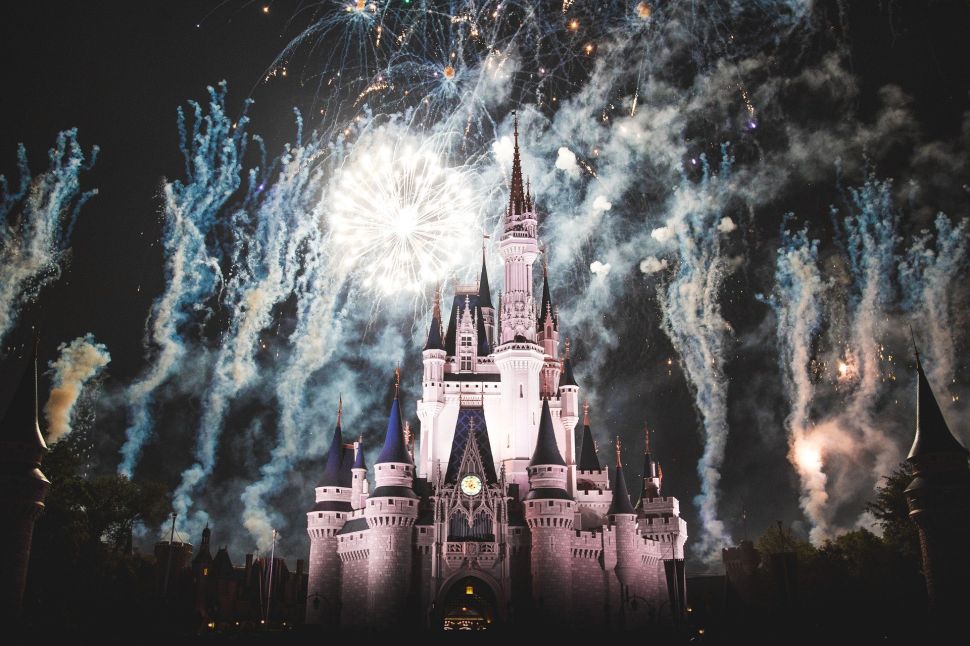